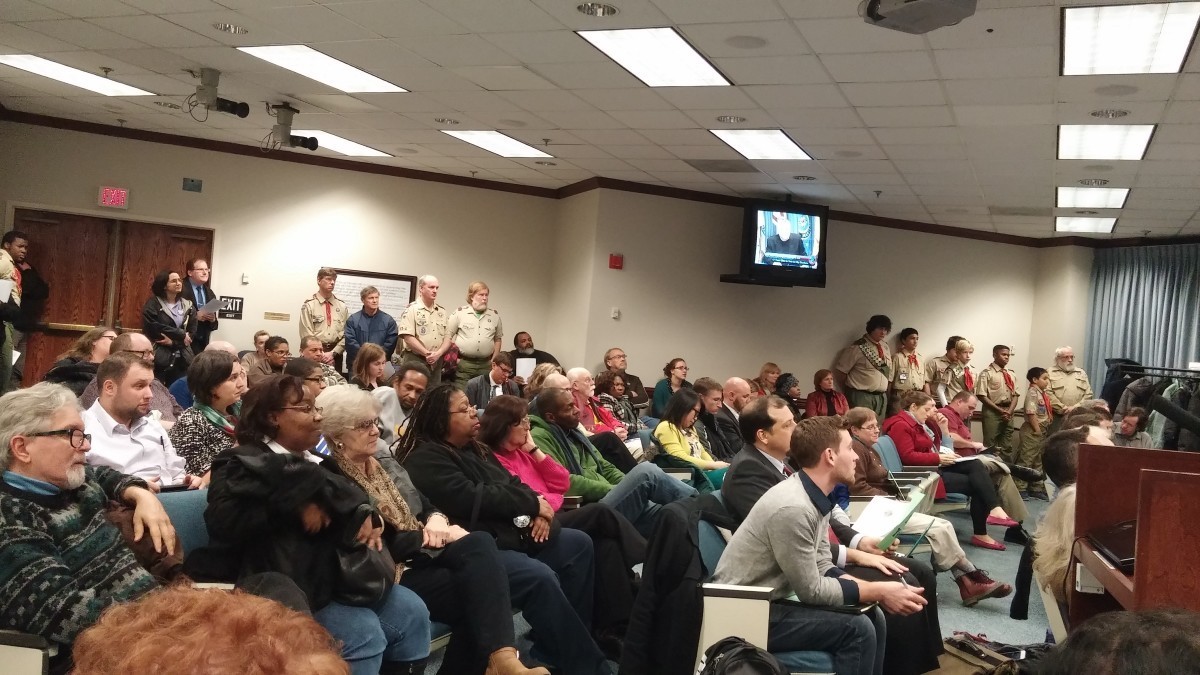 BY REBECCA BENNETT — At the Feb. 19 Hyattsville City Council meeting, councilmembers voted to establish 18 years old as the minimum age to run for office. The city charter had read that any registered voter could run for office, but the  matter came up for discussion after the council lowered the voting age to 16 years old.

Councilmembers asked the city’s attorney about the legalities surrounding whether or not someone under 18 years old could legally perform the duties the offices require.

Councilmember Patrick Paschall (Ward 3) said, “Legal reasons are the only reasonable justification for supporting this measure.”

“I think it’s unwise to go into this uncharted territory where all of the literature is about contracts,” Hyattsville City Attorney Richard Colesari said. “You are now asking the person under a disability [by nature of age] to be an agent for a governmental entity, and I can find almost nothing on the legal implications of that.”

Councilmember Robert Croslin (Ward 2) said that he used to have a 16-year-old at home, and that people of that age should be focused on college and their education. He also pointed out that if they vacated their seat in two years to go to school, the city would have to pay for a special election.

The motion submitted by Councilmember Edouard Haba (Ward 4), which also updated the charter to make gender-neutral references to councilmembers and updated references to Maryland code, will take effect in 50 days. The motion was to introduce and adopt the measure in order to take effect sooner than later. Council procedure is to typically hold a first and second reading of a charter amendment.

The filing period for candidates in the upcoming May 5 city election is Feb. 23 to March 27. Theoretically, according to council discussion with the city attorney, a 16- or 17-year-old could file to run during that period, but the Board of Supervisors of Elections would have to accept that person’s candidacy.

Update: Three inches of snow on the ground; officials urge drivers to stay off the roads

Parents speak up for a new elementary school