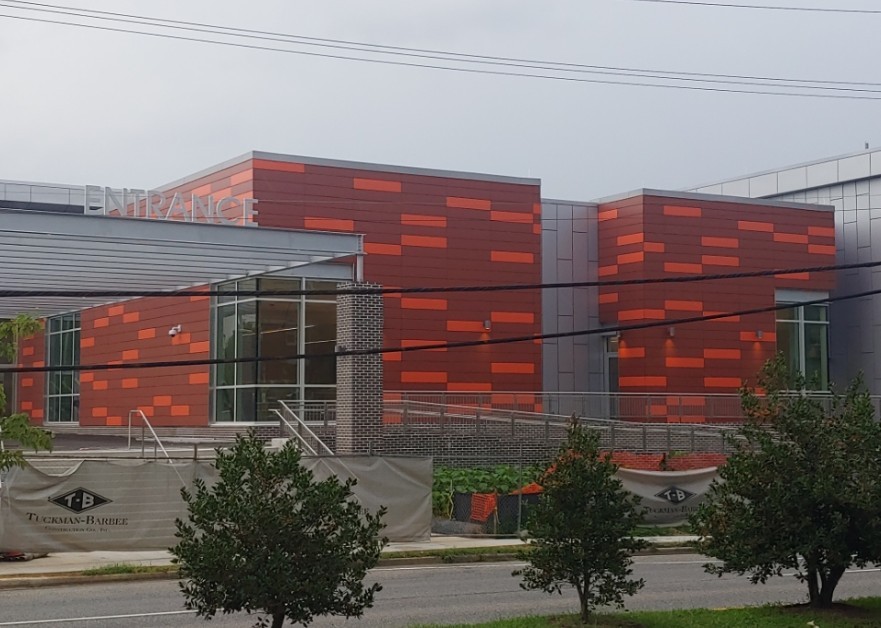 After several delays and much anticipation, the Hyattsville Branch of the Prince George’s County Library System is slated to open on March 30.

According to Michael Gannon, chief operating officer for support services, the library is almost ready to go. The books are shelved and the furniture is in place. The only thing missing is a use and occupancy permit, Gannon said. The construction process faced a number of delays from COVID-19 and related supply chain issues. The new building had been previously scheduled to open in January, but according to Gannon, the missing permit and an issue that led to the fire alarm system being replaced pushed the opening to March 30.

According to Gannon, the new library will feature numerous improvements in design, technology, sustainability and accessibility.

“I make this joke that the Great Pyramids of Egypt were built quicker than the library was, and I know it took a long time,” said Gannon. ”People have been very patient, but I think it’s going to be worth it when they see it.”

While the size of the library’s collection of books is actually slightly smaller than the original library’s, it remains the largest in the Prince George’s County Library System, and the new space has a larger overall capacity for books. Beyond books, the new library boasts 84 computers for public use, the most of any library in the system, eight reading rooms, two conference rooms, a children’s room, a reading terrace and a comfort room for nursing mothers, according to a library fact sheet.

Additionally, the new library features a more accessible design with a single level, more open floor plan, and accessible parking right next to the main entrance.

Compared to the original library, which opened in 1964, the new library features significant leaps in sustainability. The library is powered by solar panels sitting atop the building, which also includes a vegetative roof. Vegetative roofs, also called green roofs, are covered in grasses or other green plants rather than traditional roofing materials. The plants filter rainwater, provide a habitat for wildlife, and help lower urban air temperatures, reducing the heat island effect.

Gannon said the Hyattsville community’s input guided the library’s design. “They wanted a sustainable design, they wanted lots of places to study and collaborate, a bigger children’s area and more computers. They also wanted to keep the flying saucer. They were very adamant about the flying saucer.”

Incorporating the exterior flying saucer into the new design was no small feat. According to Gannon, the sculpture presented a challenge, as it could not be taken apart and reassembled. The entire thing had to be moved inch by inch to its new home. Luckily, the flying saucer touched down safely and is now a focal point of the library’s reading garden.

The flying saucer is complemented by a new astronomically themed mosaic by local Prince George’s County artist Valerie Theberge. Inside the library, another local artist, Curtis Woody, has painted a mural highlighting the history of Hyattsville.

Some local parents, including Stacy Peterson of University Park, have expressed concerns about the safety of the green area near the flying saucer. She worries about children playing close to the road without a fence to protect them. Gannon clarified that the green area is heavily landscaped and was never intended as a play area. He wrote, “The children’s area inside the library (Discover Village) is going to be a great interactive space with a castle with a drawbridge and ‘moat,’  all three of the Little Pigs houses, the Yellow Brick Road and a life-size replica of an apple tree.”

In spite of the wait and her safety concerns, Peterson says she and other local parents are excited for the library to open. “We’re really looking forward to this library serving as a beautiful location to foster community,” she said.

The library staff have already planned a full grand opening, complete with a ribbon-cutting ceremony, for March 30.

Celebrating the women of Lakeland