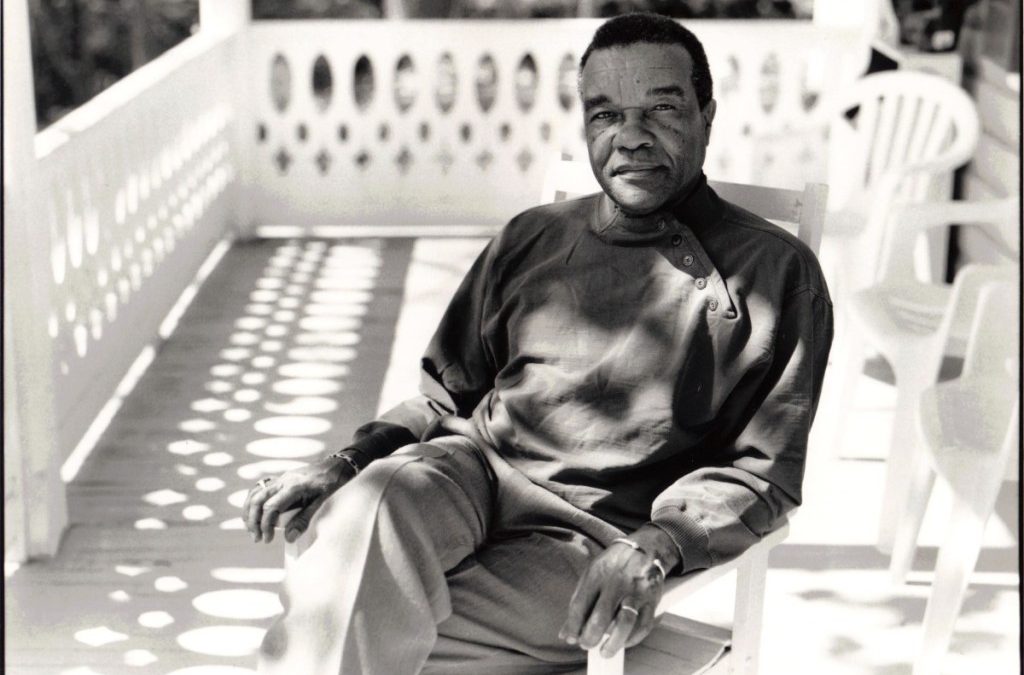 Hyattsville artist reflects on his legacy

BY AMIRA AYCOCK — Long before the Arts District existed, Hyattsville was home to David Driskell, a renowned artist and one of the world’s foremost scholars on African-American art. He turned 80 last month, and events commemorating his life and legacy are scheduled well into the fall.

Of his many accomplishments – including having his work in the National Gallery of Art – he is most proud of The David C. Driskell Center for the Study of Visual Arts and Culture of African-Americans and the African Diaspora.  The center opened in 2001 at the University of Maryland, where he chaired the art department for five years and taught for more than 20.
“When I began teaching, there were no courses on African-American art,” he says.  Now, young artists and scholars can access the immense archive Driskell has spent a lifetime assembling.
For over 30 years, Driskell has served as curator of the Cosby Collection of Fine Arts and cultural advisor to Camille and Bill Cosby.

He has planned trips to Europe, Africa, and South America for the family, and even advised them on which colleges their children should attend.
In 1996, he helped the Clintons select the first piece of art by an African-American for the permanent collection at the White House. In 2000, President Clinton awarded him a National Humanities Medal.
Driskell and his wife, Thelma, came to Hyattsville almost 35 years ago, when he began teaching art history and studio classes at the University of Maryland. One day, he had lunch with a colleague from his graduate-school days at Catholic University, who lived in a Victorian on Decatur Street. When Driskell mentioned that he and Thelma also preferred older houses, the friend told him that the three-story, corner-lot Victorian next door was for sale.
That was in 1977, and they’ve been here ever since. His two daughters, Daphne Driskell-Coles and Daviryne Driskell-McNeill, live in neighboring houses across the street from their parents’ home, along with three of the Driskells’ five grandchildren, who all attended Hyattsville public schools.  Three great-grandchildren live elsewhere in the county.
“It’s a very old-spirited community, with a strong sense of preservation,” Driskell says of the neighborhood. “It’s quaint and peaceful, and everybody has such pride in their property.  Even the smallest of houses has a flower garden.”

Driskell was born in Georgia in 1931 and spent his childhood in North Carolina. His mother made quilts and baskets, and his father, a Baptist preacher, made furniture and worked as a blacksmith.  At the time, however, no one saw these handmade everyday objects as folk art.
He credits his interest in art to his parents and an elementary school teacher.  She encouraged her students in the segregated, one-room schoolhouse to get creative with local supplies: clay from nearby creeks, jewelry made from pine cones and acorns. He and his classmates would enter their art in the annual countywide competition with students from other African-American schools.
Driskell studied art at Howard University under Lois Mailou Jones, James A. Porter and Morris Louis. The summer after his junior year, he was accepted to a nine-week session at the elite Skowhegan School of Painting and Sculpture in Maine; fellow classmates included Robert Indiana (of LOVE sculpture fame), Alex Katz and James McGarrell.
He loved Maine’s unique culture, and has spent the last 50 summers there, dividing his time between his art studio and his expansive garden and orchard, which were featured in Martha Stewart Living magazine.
“I grow all my family’s summer vegetables,” he says, with pride.
Locally, his work can be seen at the Brentwood Arts Exchange through August 13.  The show, “Artistic Reflections,” also features work by three of his former students. An opening reception is scheduled for July 16.
For an overview of his career, visit “Creative Spirits: The Art of David C. Driskell” at the Driskell Center. Opening September 15, the exhibit will showcase 60 of his works.