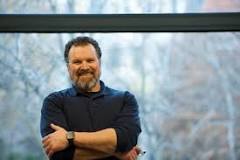 The Hyattsville Life & Times has started a new series called Humans of Hyattsville to help Hyattsville residents get to know their neighbors.

Jim Groves is one of the Old Guard in Hyattsville. A resident since the early 1990s, Jim has seen the city undergo a lot of change and feels good about the direction things are going. You might know Jim as one of the original members of H.O.P.E. (Hyattsville Organization for a Positive Environment). In fact, Jim has been involved with H.O.P.E. since the group met in person! Now a moderator for the H.O.P.E. email group Jim enjoys making it easier for residents to stay engaged with city issues and one another.

After you’ve read about Jim, email Lindsay Myers, our webmaster, at Lindsay@HyattsvilleLife.com to submit someone for our next Humans of Hyattsville profile.

What part of Hyattsville do you call home?

I live in the Hyattsville Hills area on 39th Avenue and have lived there since 1994! From 1992 to 1993 I lived on Oliver Street near Shagga Restaurant, which was a Dunkin’ Donuts at the time.

I have been a senior benefits specialist at the National Education Association since 2000. I work in the human resources department and am the lead on pensions (defined benefit and 401(k) plans). I also work with all other benefits including health, dental, life insurance, disability, flexible spending accounts and more.

I have been married to Rebecca Gitter since 1993 (she teaches and helped to start the free community yoga event held every Sunday at 5 p.m. at the Hyattsville Municipal Building).  My son, Nathaniel, just graduated from SUNY ESF [State University of New York College of Environmental Science and Forestry] with a B.S. in forestry and an associate degree in environmental resource management. My daughter, Marley, is a freshman at Radford University in Virginia. We have a rescue dog named Wonka, an old black cat named Licorice and some fish.

How would you describe yourself?

A good husband, a good dad, a Deadhead, a community activist, an environmentalist, an extrovert (shocking to those who know me — an ENFP for those Myers-Briggs believers), a professional musician (technically, since I’ve been paid for playing music), and like a mushroom — meaning, I’m a fun guy.

What causes, whether local or beyond, are you passionate about? What topic really gets you talking at a party?

At this point I’m an “old timer” in the city of Hyattsville — I like talking with newer residents about how much things have changed for the better in our great city! I’ve been on the Hyattsville Environment Committee since its beginning, so I’m always excited to talk (your ear off) about environmental issues: solar, compost, recycling, corn stoves, etc. I’m the current president/treasurer of Community Solar, LLC, which put solar for hot water production on Franklins’ rooftop and am also the “Corn Manager” of the only — as far as we know — “urban corn bins” (small silos that hold corn used for fuel) in the entire USA (they are located in Mount Rainier and Takoma Park). I also care about charities and have been involved in the alternative gift fair scene. I started and run a fair every year at the National Education Association, and we have raised close to $50,000 over the last 13 years for local, national and international charities.

I am also passionate about my actual job! I love talking about retirement planning, investing, health care and all those benefits that folks forget about until they need them.

How do you wish people saw you? or How do you want people to think of you?

I suppose, when all is said and done, I want to know that people will think of me as a good human being who made a difference. I think [making a difference] is one of the three “meanings of life,” along with “love and be loved” and “leave it better than you found it.”

Why did you decide to settle in Hyattsville?

My wife and I had just moved to the D.C. area and were living in an apartment behind Catholic University of America in Brookland. My wife had a cousin who lived in Hyattsville and we house-sat for a week while she was on vacation. We instantly fell in love with Hyattsville. It was close to work, close to amenities (other than restaurants at the time) and just a cool town. Within several months we found a house to rent in Hyattsville and then purchased our current home in 1994.

What are some of your favorite aspects of life in Hyattsville?

First and foremost, the people. When we first joined H.O.P.E. [Hyattsville Organization for a Positive Environment] — back when we had actual meetings! — we met people like Stuart and Kathy Eisenberg, Rumi Matsuyama and Ken Carter, Bill Gardner and others, and we just “spoke the same language,” if you will.  It was a fun time, and we even wrote an article for the local Hyattsville paper at the time called “Stop Whining, Start Dining,” where we went around to different restaurants in the area and wrote up reviews (this was before kids, when you can do those types of things). If you ever go to Beijing of Greenbelt, you can see the write-up that we did on them when you walk in (sadly, I missed this excursion, so I wasn’t in the article).

These days, I love how the next generations have come to Hyattsville and are continuing what we started. The advocacy of new residents has helped turn the city of Hyattsville into the vibrant community it is today. The passion, excitement and “we can do this” attitude of the residents are examples of what makes a community work. Our city council and mayor are pushing the envelope on new ideas and leading the way to making Hyattsville a place where everyone wants to live.

I have to mention the Hyattsville Community Development Cooperation, who understands this vision and is doing some really progressive work.

I also like how much fun we have! From the Vine Crawls, to Hops Hop, to Porchfest and house parties, to all the restaurants and tasting rooms that have opened (several with live music), there is always something to do. There are some residents I only see every now and again and others I see more often, but every time [I encounter them], there are always great conversations and laughing involved.

Lastly, I like that Hyattsville is becoming more diverse. I feel it’s important that children are exposed to and are able to grow up in a community that shows love and respect to everyone, regardless of race, creed, color or sexual orientation.

What do you wish Hyattsville did differently? How can it be improved?

I think the city of Hyattsville is on the right track. We, as a city, have made such huge steps it’s hard to imagine what it will be like in another decade. I think I’d like to see a continued effort at keeping Hyattsville a livable community as far as home/rental prices are concerned. The market does what it does, and we can’t stop a house from going for the huge prices that we have been seeing. With new housing developments, it would be really nice to see more done to ensure that there are affordable homes and more environmentally conscious homes. There is an added cost to environmental conscientiousness that developers don’t want to deal with, but what if they had to by Hyattsville law? Its little things like that where I think the city can use its power to encourage change.

Lastly, I’d really like to see Hyattsville stay on top of local news reports that always seem to put anything that happens in northern Prince George’s County as if it happened in Hyattsville. Whenever I see this, I immediately do a quick search of the address and then email the author/publication the correction. If it happened here, fine, but don’t put things that happen 10 miles away on us!

How do you like to relax, both digitally and in real life?

My wife and I love to go out for hikes and bike rides. How fantastic is it that you cross maybe one or two streets (after getting on the trail) and then ride for miles without crossing another one? We enjoy taking our dog, Wonka, out for long walks and to the Arboretum. I like to play guitar and go out and listen to live local music. We also spend the summer at Prince George’s Pool, which is a home away from home.

Do you have any funny or endearing memories of living in Hyattsville?

Back in 1992/1993 there was a bar called The Alternative that was located on Route 1 where the Alamo Rental Car place is now right by DeMatha. This dive bar was run by two sisters. They only sold beer, and they had a big jar of pickles or pickled eggs on the bar. The place smelled like stale beer and smoke. It had two pool tables and a dart board — something sorely missing in Hyattsville today. I went there kind of often and would bring in the Grateful Dead and other CDs to put in the jukebox. I wonder on hot, steamy summer days whether the waft of old beer and cigarettes emanates up from the floorboards.

Anything else you want us to know about you?

I’ve been moderating the H.O.P.E. email list for well over a decade. H.O.P.E. stopped meeting when we all started having kids and just didn’t have the time or energy to meet in person. We were able to get on one of the first “list serves” out there, which was really bare bones but [served its purpose] until they said that they were going to start charging us, which is when I moved H.O.P.E. over to the YahooGroups platform and then recently to the GroupsIO platform.  What started as a 50-60 person email distribution list is now an almost 1,900 person vibrant community communication tool.