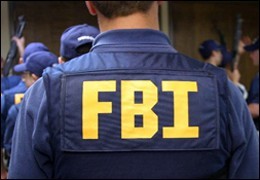 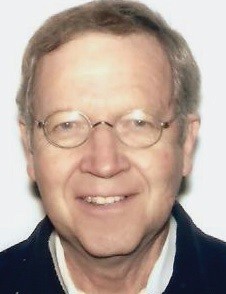 BY HUGH TURLEY — In May, just 25 miles from the Florida town where Trayvon Martin was shot, 27-year-old Ibragim Todashev (pronounced Ih-brah-HEEM To-DAH-shev) was killed in his Orlando apartment during an interrogation by federal and state law-enforcement officials.

Reni Manukya, Todashev’s widow, has said the FBI arrived at 7:30 p.m. on May 21 to question her husband about a possible link to Boston bombing suspect Tamerlan Tsarnaev.  In the wee hours of May 22, Todashev was shot seven times, including what his father, Abdulbaki Todashev, called “an execution-style” shot to the head, by an FBI agent.

The father plans to file a civil suit against the FBI.  Good luck.  My friend Patrick Knowlton tried to sue the FBI for grand jury witness intimidation and he could not find a judge all the way to the Supreme Court who would allow his case to proceed.

On July 22, the ACLU called for an independent investigation.  Since law-enforcement officers from Massachusetts and Florida were present at Todashev’s death, attorneys asked state officials to launch investigations. They declined.

The other officers present, as well as myriad official sources quoted in news reports, and the shooter have not been named.   Senior law enforcement officials have leaked to the press “facts” to assassinate the character of the victim saying he was “the aggressor,” ready to confess to a triple murder, and was once charged with road rage.  The public has a right to know the name of the shooter, in case he would come to other homes to “ask questions.”

The FBI, which is handling the only investigation into Todashev’s death, has blocked the Florida Medical Examiner’s Office from releasing the official report on the cause of death.

Depending on which published account you read, at some point during the questioning Todashev attacked the FBI agent with an object, a knife, a sharp object, a metal pole, a broomstick, an overturned table, a samurai sword, or some kind of weapon.  In other reports, he was unarmed.

CBS News senior correspondent John Miller said, “according to people I’ve spoken to,” moments before the shooting, Todashev was “writing out on a pad his involvement in the triple murder.”  Before joining CBS, Miller was an assistant director of public affairs for the FBI.  Why should anyone believe John Miller’s mystery people?

Michael German, senior policy counsel in the American Civil Liberties Union’s legislative office, spent 16 years as an FBI agent. Now, he says, “what needs to happen, because so much contradictory information has been released, is an independent investigation.”

We might consider: From what, exactly, should an independent investigation be independent? The answer: the government.

The U.S. Constitution provides for an independent investigation in the Fifth Amendment, which states that “No person shall be held to answer for a capital crime or otherwise infamous offense, unless on a presentment or indictment of a grand jury … nor shall any person … be compelled in a criminal case to be a witness against himself, nor be deprived of life, liberty, or property, without due process of law.”

Could Americans be the most uninformed people on earth regarding their constitutional rights and responsibilities?

Hugh's News: The other Florida shooting

My Two Cents: We don’t want to miss this bus