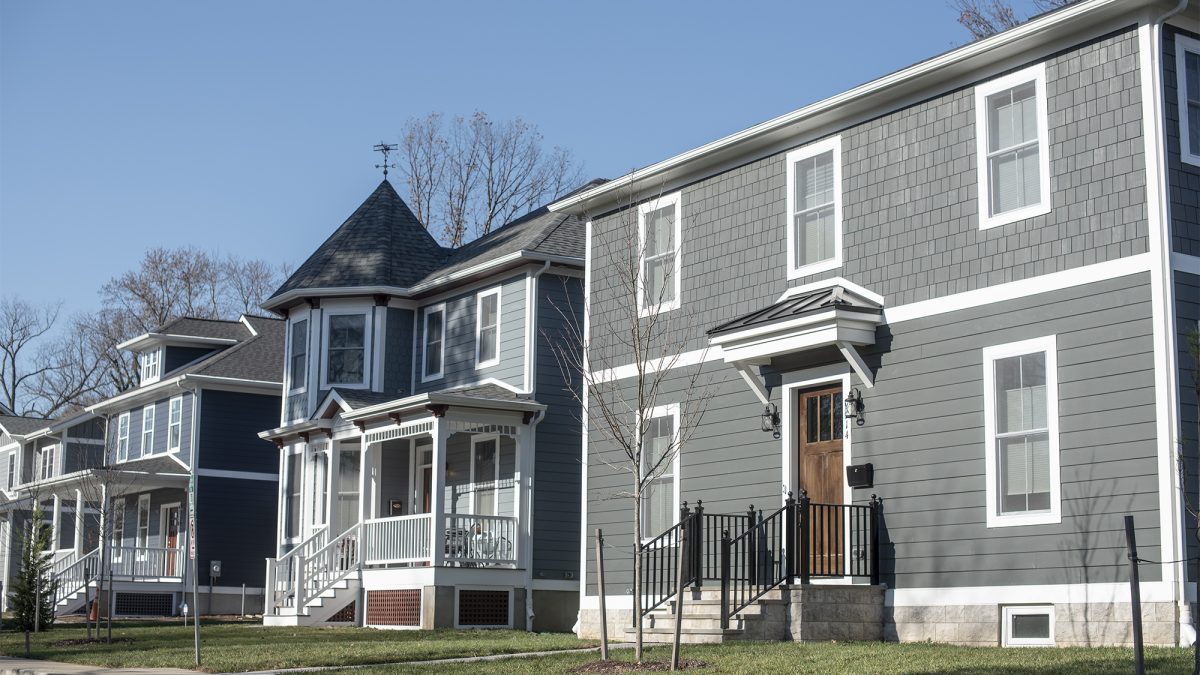 Howard Lane is the first street in the city to be named after an HBCU. Credit: Courtesy of Eric Harkleroad
College Park

One of the goals of the College Park City-University Partnership is to increase homeownership within the city and encourage people who work in our community to also put down roots here.    Because of one local family’s efforts, College Park has a brand new street dedicated to this same mission.

I’ve had the pleasure of working with Bob Kidwell, who has led this effort for his family, for at least six years. He has pursued this worthwhile project with dedication, even as he’s faced numerous hurdles over the years. Kidwell persisted because his family wanted to do the right thing for the community — and because they love their hometown, College Park.

Because of the Kidwell family’s work, College Park now has a new street, Howard Lane. The street was named, at the Kidwells’ request, for Howard University, one of 37 historically Black colleges and universities (HBCUs) in the country. Of all the College Park streets named for colleges and universities, this is the first named for an HBCU. Until 2016, it was called Randolph-Macon Avenue and was what’s called a paper street – it only existed on paper, an 1890 plat map. Howard Lane is located in College Park’s Old Town neighborhood, within the block bounded by Rhode Island, College, Dartmouth and Norwich avenues.

About fifteen years ago, the Kidwells started thinking about what to do with a parcel of land in Old Town, College Park that was part of Bob Kidwell’s mother’s estate. The family had lived in the neighborhood since the 1920s; Knox Road was named for his mother’s family. The parcel of land that the Kidwells were thinking about had originally been the family’s World War II victory garden. For 70 years, the Kidwells maintained that large vegetable garden, even as College Park grew up around it.

Bob graduated from the University of Maryland in 1969. As his siblings and cousins grew up, they moved to other communities in the area. The family considered putting the parcel up for sale — that would have been the quick and easy solution. Plenty of developers had contacted them who would have built cheaply, developers who had no allegiance to the neighborhood. Then Bob’s daughter and her family built a home adjacent to the site. This re-engaged the Kidwell family with College Park, and they started to think about the neighborhood more deliberately.

Kidwell understood that the community was seeking to create more balance between the number of homes that were owned and those that were rented, and he approached city staff and elected officials with what he saw as challenges. First, a road would need to be built through the site, which would be no small feat. The city applied for community development block grant funding to help construct the road, with the understanding that Kidwell would pay the city back for road costs out of proceeds from the sale of the homes. As Kidwell and his siblings rejected outside investors’ offers, they engaged David Kacar of Classic Design + Build to create custom built houses for the site’s homebuyers. Because the homes would be in the city’s Old Town Historic District, they would have to meet specific design standards, and construction would require special permitting. The houses would carry a 10-year owner-occupied covenant to create stability on the block.

I met Bob in about 2014, when he was first seeking support for the project. Over the following six years, the project was hit with many delays, and there was financial risk. Because the houses would be custom-built, a buyer had to be secured for each lot before any work could be done. There have been ups and downs through the years, but the Kidwell family stuck with the project.

One by one, contracts on every lot were executed, site work was done, foundations were poured and each house emerged as its own unique presence on Howard Lane. Moving vans have arrived, and families have settled in. The last home was purchased by a professor’s family with assistance from the partnership’s homeownership program and is under construction, and the block of seven homes is nearly complete.

Thanks to Bob Kidwell and his family for sticking with their vision, Howard Lane has made College Park a better place to live.

The HyLife: Find fitness, friends and nature’s beauty at the Washington Rowing School

Streetcar Suburbs Publishing, 4 months ago 4 min read
From the Editor

From the Editor: All politics is local