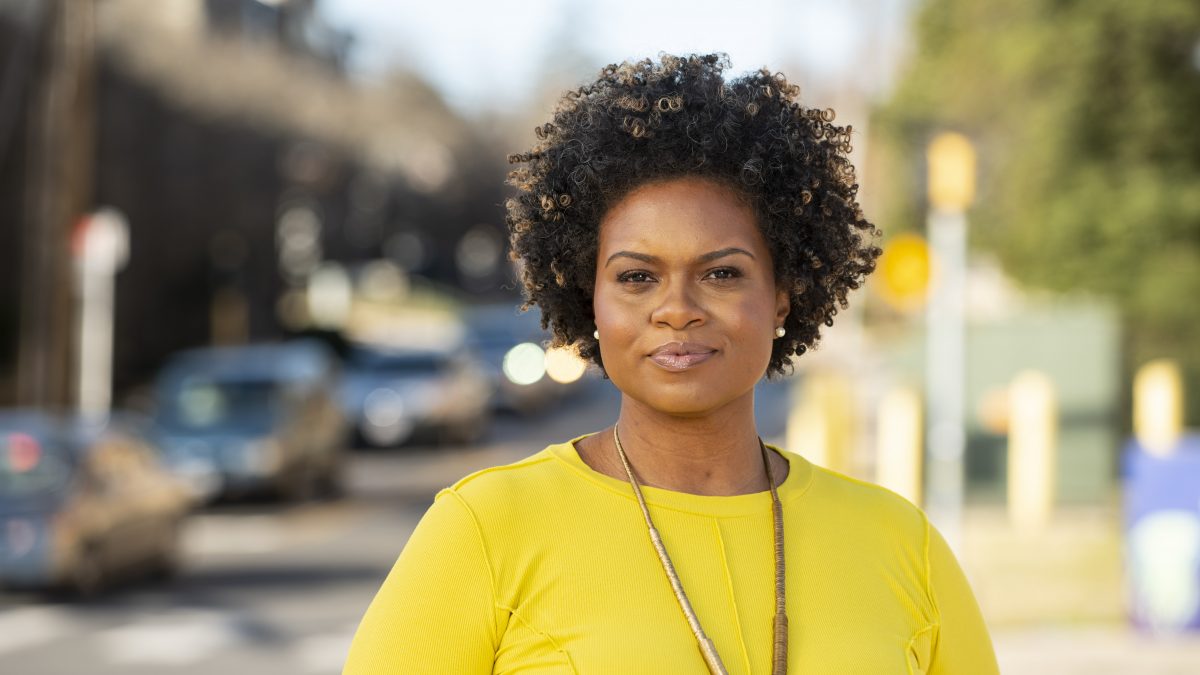 Feb. 8 – Candace Hollingsworth, mayor of Hyattsville from 2015 to 2020, announced today that she is running for lieutenant governor for the state of Maryland. She is running with the Democratic candidate for governor Doug Gansler.

The Gansler/Hollingsworth ticket will be one of several choices available to Democratic voters in Maryland’s June 28 primaries.  Rushern L. Baker, former Prince George’s County executive, is among those also running in the crowded field.

Hollingsworth, now 39, was Hyattsville’s youngest mayor and first Black mayor. She ran for Prince George’s County Council in 2018, losing narrowly to incumbent Deni Taveras. Hollingsworth stepped down as mayor on December 31, 2020, to focus on a political organization she co-founded called Our Black Party.

Hollingsworth said Monday that she has felt blessed by the support of many Hyattsville residents who understood her drive to look further, in her political work, than the city of Hyattsville.

“I want people to know that I would not have joined this ticket if I didn’t believe there was absolute synergy with what we care about, what the people I serve care about,” she said.

Asked how she sees her role in a potential Gansler administration, Hollingworth cited first her “fierce commitment to tangible results and real outcomes.” In a campaign video, she emphasized accountability to Black voters.

More specifically, she told the Hyattsville Life &Times that the areas in which she would plan to take leadership would be community and economic development, housing, education, as well as diversity, equity and inclusion.

While Hyattsville has undergone economic development in recent years, Hollingsworth said “we stayed true to the DNA of our community and who we are. We are not a cookie cutter community.” Similarly, she says “cities and towns across Maryland desire to be their best selves and not solely mimic what other people are doing.” Helping develop “community vision and listening to community voices is where I see my experience and demeanor having a chance to shine,” she said.

Doug Gansler, Hollingsworth’s running-mate, ran for governor in 2014, losing the democratic primary to Anthony G. Brown, who then lost to Republican Larry Hogan.

Gansler served as attorney general for the state of Maryland from 2007 to 2015. In that role, he worked to stop pollution of the Chesapeake Bay, and to protect homeowners from mortgage fraud.

First on Gansler’s platform in the current campaign is an environmental plan aimed at “a just transition in clean energy standards.” Second is his “Sunlight of Opportunity Agenda,” which aims to improve opportunities for Black people.  His platform also includes investing in mental health.

Asked how the late Mayor Kevin Ward’s legacy would influence her work on this campaign, Hollingsworth said she would continue doing her best to make her dear friend proud and push forward priorities they shared. She also said that the mental health piece of Gansler’s platform had become a more central priority for her, “to make sure that we create the basis for people to access the support that we need.”

PHOTOS: Riders speed through the city during Route 1 Rampage