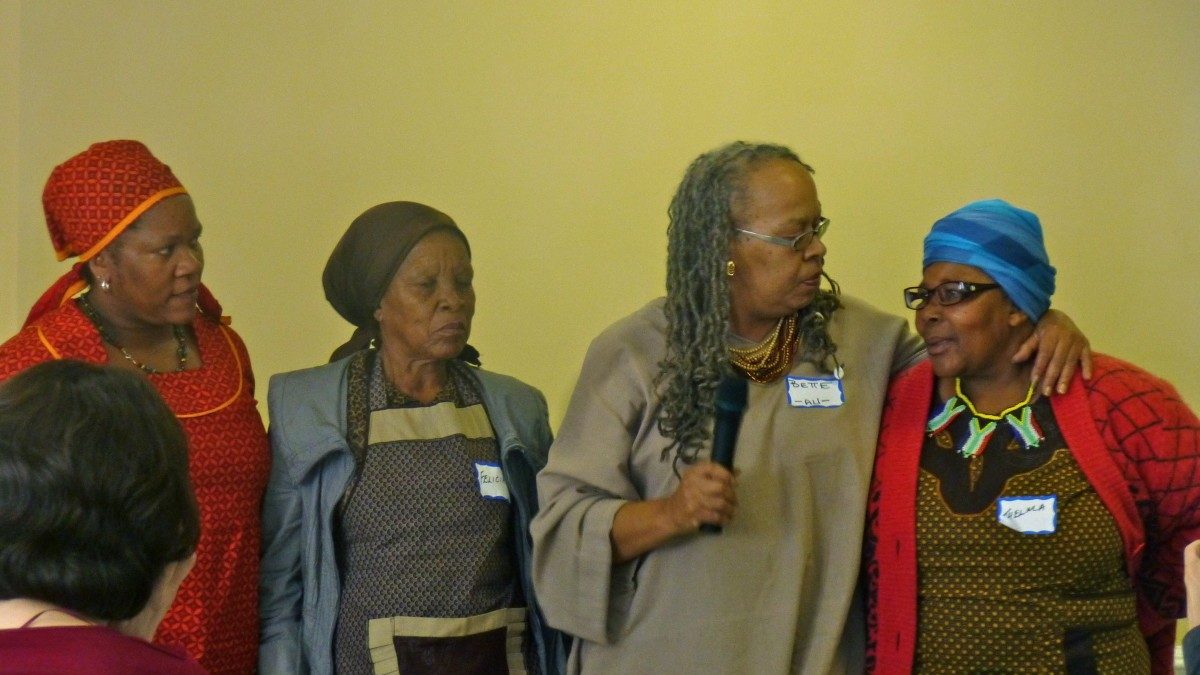 BY ROSANNA LANDIS WEAVER — South African grandmothers talking about condoms may not seem a likely topic for a refined luncheon. But that was the theme of a September 25 program put on by the City of Hyattsville Office of Senior Services when Hyattsville’s Aging Gracefully Educational Series hosted Grandmothers Against Poverty and AIDS (GAPA).

As the AIDS epidemic ravaged through South Africa, many grandmothers found themselves caring for sick and dying children and then raising orphaned grandchildren. GAPA was formed in 2001, as a self-help project outside of Cape Town to provide education and psychosocial support.

The group attracted attention of Cape Town photographer and journalist team Eric Miller and Jo-Anne Smetherham, who recently created an exhibition of photographs accompanied by the women’s stories, “Amatsha Intliziyo: The Nevergiveups.” An accompanying book is available on Amazon.

The idea of bringing the exhibit and some of the women to the United States came from two professors. One of them, longtime Hyattsville resident and American University sociology professor Bette Dickerson, arranged for the women to make a stop in Hyattsville.

In addition to several of the grandmothers, who told their stories in melodious accents, Smetherham also spoke at the Hyattsville luncheon, noting that the women had taught her that “anything is possible.”

Dickerson said, “We carry this dream that one day we’ll go over and I will have Hyattsvillians with me.”