From The Editor: The case for West Hyattsville 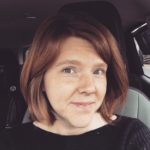 By KRISSI HUMBARD — On Sept. 12, the news that I usually report on hit too close to home. I woke up to a crime scene in my driveway. A man had been stabbed a few blocks away, then ran until he collapsed, bleeding from multiple wounds just feet from my back door. Thankfully, I did not see the victim. But I saw the blood. It was a traumatic, frightening experience that I wish no one would have to go through.

It shook me to the core.

I love Hyattsville. I’ve lived here seven years. My husband and I stumbled upon this city when we moved from Florida, and it has been such a happy accident. We found a charming, late-1940s house with beautiful wood floors and a big yard just a few blocks from the Metro, and we decided to buy the place not long after seeing it. We knew nothing about the neighborhood or city, but we loved the house. We lucked out that we moved into a great community, too.

My love of Hyattsville has grown over the years. There are so many good things about this city: the people, the public spaces and parks, the active arts community, the involved and responsive city officials, the many beautiful gardens, the engaged police department, the many events put on by the city, the sense of community, the feeling that neighbors will help whenever you ask, the two Metro stops, the local businesses, the history that is still visible … really, I could go on and on.

But the morning of Sept. 12, I found myself questioning all of that. I found myself feeling vulnerable and unsafe. I found myself wanting to leave Hyattsville, or at least West Hyattsville. I heard family and friends tell me “it was time to move across Queens Chapel” and that we “gave it a fair shake” but maybe we should consider moving. And for the next few days, I agreed with them, as much as it pained me. Like I said, the incident shook me to the core.

But then I snapped out of it and started remembering all the great things about West Hyattsville.

And I remembered why I stay, even though there have been violent crimes over here: we can easily walk to the Metro (we’re about two blocks away); we have two great playgrounds, a dog park and Heurich Park field just up the street; my oldest son just started kindergarten at Felegy Elementary, which is a beautiful, new school with an arts focus (perfect for my son); we can walk to grocery stores and shops; we have block parties and community meetings; and we have a diverse group of neighbors who will smile and say hello, even if they don’t know you well or even speak the same language. But mostly, I stay for the group of people who, like me, are involved and engaged and passionate about working to make this neighborhood better.

Nothing will change if we all just give up and move across Queens Chapel Road. And honestly, there’s nothing that says this can’t happen a mile up the road. As a matter of fact, the other side of Queens Chapel has had its share of violent crimes.

We need more police patrols and better lighting to make our streets feel safer. We could use traffic-calming devices on Lancer Drive to curb speeders and stop-sign runners. Many of us would love to see some businesses catered more toward the middle-class residents of the neighborhood. We need community engagement to form a larger group of neighbors who invest in the community through action.

As a neighbor said: Unfortunately, or perhaps fortunately, it’s episodes like this that force us to rally together. Our group of activists doesn’t have all the answers. But it’s time for all of Hyattsville to rally for a better, safer West Hyattsville.

Krissi Humbard is the digital editor for Hyattsville Life & Times. A number of West Hyattsville residents provided input for this letter.

From the Editor: Can we really listen to each other?