From the Editor: Sometimes, you can’t go home again 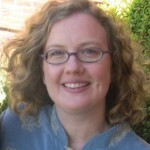 BY SUSIE CURRIE —Let me start by saying that I know that we’re not in Kansas anymore. Or, in my case, Alabama. But I hope you’ll bear with me just this once if I write about a city other than Hyattsville.

By now, of course, you’ve heard about the record-setting tornadoes that ripped through the South during Easter week, killing hundreds of people and leveling thousands of houses, businesses, churches and schools.

Much of that destruction was in my hometown of Tuscaloosa. Maybe you’ve seen the pictures of President Obama’s visit there, where he promised federal aid and toured mind-numbing piles of debris (which later became even more surreal with the addition of Charlie Sheen).

Aerial maps show what looks like brown chalk tracing a surprisingly linear path diagonally through town. It goes right through my old neighborhood. Only one house was left standing there on April 27 – and it wasn’t the brick Colonial built by my great-grandparents, where I lived until transferring to the University of Maryland.

In the South I grew up in, the sense of place and home was considered a bedrock value. When my husband, a native of Detroit, heard about our family’s frequent headstone-clearing pilgrimages to a tiny Mississippi cemetery, he accused us of ancestor worship. (He was kidding at the time – I think – but that was before he learned of the same ancestors’ unspoken naming rights down through several generations.)

So, instead of watching the Royal Wedding, I was studying with growing horror the Facebook updates and photos from friends who still live or have family there. One, who now lives in Atlanta, wrote: “I was there today and your old neighborhood (and your old house) is GONE,” and then listed several other decimated neighborhoods we knew as well as our own. Others posted pictures of areas so mangled that even with the captions I still can’t tell where or what they show.

Over the next few days, news stories of looters were vastly outnumbered by the ones featuring volunteers and donations. I knew help would come, though, because of what happened during a much earlier loss.

My mother was the last of our family in Tuscaloosa. After she died, we had a week to sell the house and everything in it, and I’ll never forget that time.

People we’d never met came to our estate sale, and returned daily until we left town, bearing covered dishes or gallon jars of sweet tea, just to visit. The woman who bought my bedroom furniture said she felt bad for being so happy about her new purchase, and hugged us before taking it home. On the last day of the sale, a woman who stopped by to rummage through the terra cotta pots in the garage took one look at our bleary, numb faces and told us to sit right down, that she was going to bring over some homemade gumbo she had in her freezer.

It was then that I learned it takes more than bricks and mortar to build community. That’s something Hyattsville knows, too. In January, when a local family lost two of their four daughters and all their belongings in a house fire, neighbors and strangers alike immediately sprang into action. They organized vigils, fundraisers and donations from businesses and residents eager to help; some efforts continue to this day.

That’s just the most obvious example that comes to mind, but there are many more that happen under the radar. Daily, if I had to guess.

My children will never know my hometown as I did. But I’m glad that their hometown is teaching  them some of the same lessons I learned, about place and home and community.

The Shoppes at Arts District Hyattsville: What is opening when

Vigilante’s ‘Gloria’ coffee is the roast of the town