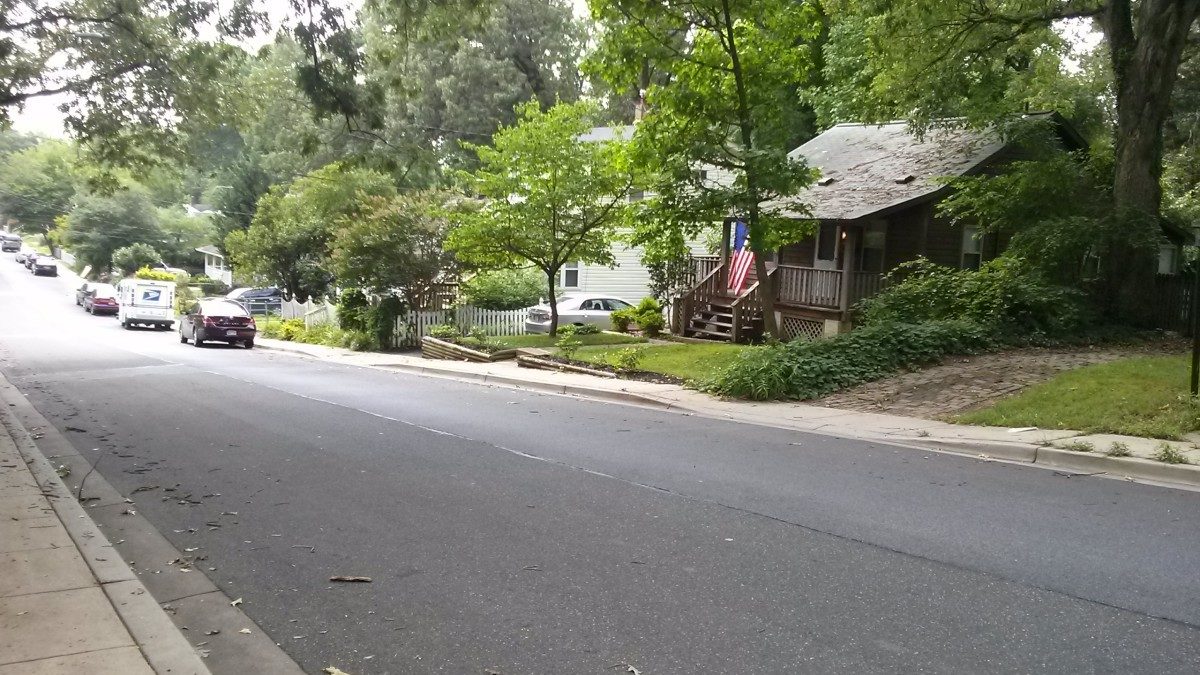 When the Detroit Free Press broke the story of James Robertson, a Detroit factory worker who walked a grueling 21 miles to and from work in his 47 mile round trip each day, the country responded. A fundraising campaign with a goal of $25,000 raised $350,001 through 13,000 donations in under two weeks.

The story spread across social media like wildfire, and the nation became sympathetic to one man’s sacrifice overnight. On a smaller scale in Hyattville, a generous response to those in need is not breaking news; it is a reflex.

The Robertson story reminded me of a year ago, when my wife looked up from her computer while reading the local moms listserv.

“You won’t believe this,” she said. A grandmother—the breadwinner of her household—had lost her job. Her daughter and three grandchildren were left unable to pay the electric bill. The family had been living without electricity for three months, and December’s cold was settling in.

When she heard about the family’s plight, Hyattsville resident Talia Guzman-Gonzalez organized outreach through the listserv. Soon, the electricity bill was paid. Blankets were donated. A meal drop-off schedule was created. One listserv member got a job interview for the grandmother. Someone else gave the grandmother a ride to the interview to ensure she would be on time. When an update was posted two weeks later, another resident began a Christmas toy drive for the family.

There are countless charitable organizations that manage philanthropy, but these listservs have no mission statement or non-profit paperwork. Instead, they are made up of people who are a part of a community with identity and purpose.

On Dec. 23, a Hyattsville resident posted online the story of one-week-old twins living out of shelters. By the day’s end, 11 people donated money, and the family was provided with two pack-and-plays and a double stroller. On Feb. 17, Catherine Calvi was stuck at home with two sick kids in need of Pedialyte. Her call for help was answered by neighbors in five minutes.

When a fire destroyed the Portillos’ Oglethorpe Street home in January, the Hyattsville Elementary Parent Teacher Association stepped in, using social media to ask neighbors for donations of clothing, books and school supplies. The Marolen’s also lost their Cottage City home to a fire in February.  Nearby residents coordinated clothing and household donations on local listservs to help the family.

Caring for your neighbor is a fading community trait. I have friends in Virginia who live in a large system of brand new townhomes. My friend told me that after a year of living there he doesn’t know a single neighbor by name. It seems that our globalizing world of inter-connecting technologies leaves little time for the neighborhood.

Our community is rooted in compassion, something that newer communities struggle to develop. This helps explain our town’s sticking power. When our realtor, who was born and raised in Hyattsville, was showing us our future home on Kennedy Street, two neighbors introduced themselves by name before we stepped foot in the door. Both had lived in their homes for over three decades. Our home was built in 1946; we became the third owner in 2012.

Sometimes it is difficult to appreciate what you have. We live in a strong community. For proof, spare me The Washingtonian citing Hyattsville as the best Maryland neighborhood to buy a home in—and just show me who lives here.