From the Editor: 2022: Crises in trust, yet thanksgiving’s a must 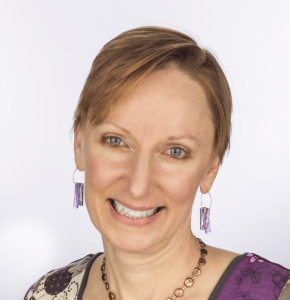 As our nation endures a collapse in societal trust — in its institutions, its elected leaders, its purveyors of news — many of us still place our trust in members of local governments, our news sources, our community resources. After all, we’re more likely to be connected to these organizations; they may be staffed by our friends and neighbors, people we run into at nearby parks and grocery stores, churches and farmers markets. These connections build community and foster trust.

My reflections on 2022, however, start with some local upheavals in matters of trust.

Our coverage of Mayor Kevin Ward’s Feb. 4 funeral, following his suicide, highlighted Ward’s compassion and empathy, his awareness and acceptance of those who felt excluded, and his professional work using technology to help kids. But in August, a federal civil lawsuit was filed, alleging that he stole over $2 million from the network of public charter schools in the District, KIPP DC, where he served as senior director of technology.

In March, some residents questioned the editorial independence of the Hyattsville Life & Times when a board member of Streetcar Suburbs Publishing, our publisher, posted on a private listserv that he had persuaded editors not to run a story about the school where he works. Although the board decided that his appeal didn’t influence the editorial staff’s decision about the story, the board member resigned. Following his departure, Streetcar’s board decided to revisit its policies, including those dealing with conflicts of interest. (Disclosure: My children attend St. Jerome Academy, the school in question.) A contingent of Hyattsville residents, however, remains skeptical of the paper.

We ran stories this year on the county schools’ teacher and bus driver shortages — ongoing issues that have been made worse by the pandemic and that compromise students’ education. Families of Hyattsville Middle School students have undergone particular stress, as these students were assigned to three different locations (including as far away as Bowie) during construction of the new middle school.

We do have reasons to celebrate 2022, though — with gratitude and hope.

Hyattsville’s special mayoral election, held in June to fill Ward’s seat, was free and fair, peaceful and positive. Councilmember Danny Schaible (Ward 2) graciously conceded to Robert Croslin, who had been serving as interim mayor following Ward’s death. (Mayor Croslin’s current term will end with the next mayoral election in May 2023.) Among their many undertakings, the mayor and city council continue their efforts to increase street safety and affordable housing, support local businesses, promote sustainable growth, reduce carbon emissions, and allocate and disburse Hyattsville’s $17.9 million in federal COVID-19 relief money.

Even as newspaper publishers across the country have been going out of business, Streetcar Suburbs chose to grow, launching The Laurel Independent, which put out its first issue in July. Streetcar’s board members now represent College Park, Hyattsville and Laurel — three very different municipalities and constituencies.

The county school system had numerous successes this year. They received a national award for their language immersion programs, in February, and scored with the passage of a groundbreaking and comprehensive climate change action plan, in April. And in September, the school board voted to support another round of school rebuilds, including Hyattsville Elementary School, using a public-private partnership. (Parents, however, are already understandably wary of the swing space that will be used during HES construction.)

Many residents were exceedingly grateful for the long-awaited March opening of the Hyattsville library — complete with ample windows, two fireplaces, 3D printing services, a children’s area with a castle and drawbridge, and an outdoor reading garden with the relocated flying saucer.

And much rejoicing accompanied the October opening of the first Trader Joe’s in the county, right up Route 1 in College Park.

There’s so much more, but I’m running out of space — I didn’t even touch on the increase of cultural, celebratory and school events that took place in 2022, thanks to decreased pandemic restrictions.

Thanks to our readers

Finally — and vitally — we would like to thank you, our readers, for making our second annual NewsMatch fundraiser a success. Streetcar Suburbs exceeded our goal of $10,000 in donations, all of which will be matched — for a total of more than $20,000. Your generous support means that our growing legacy of community journalism along the Route 1 Corridor will continue into 2023 and beyond. We are, indeed, humbled and hopeful. Thank you!

Heather Wright is the associate editor of the Hyattsville Life & Times.

Tags #from the editor #january 2023 edition #year in review
Previous