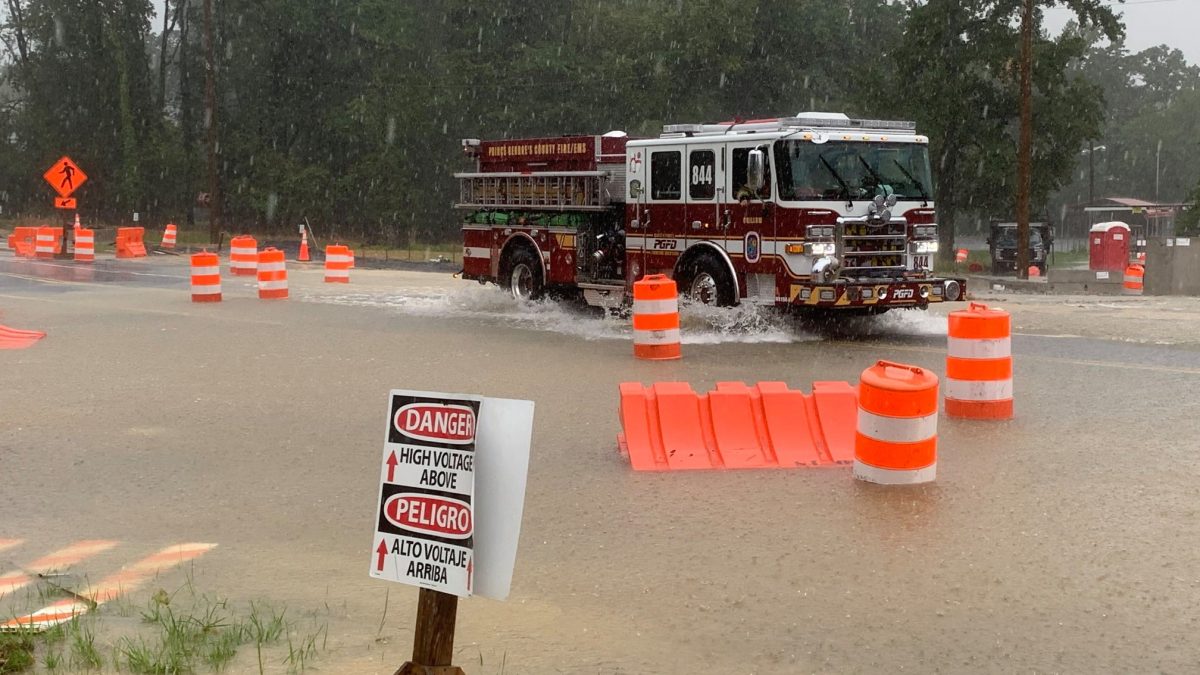 Rainfall amounts in Hyattsville surpassed 6 inches according to The Washington Post.

Amanda Eisen, who has lived in Hyattsville for 13 years, said “During the worst part of the storm, we probably had 6 to 8 inches of water in our basement.”

Even though her basement is unfinished, the flooding still took a toll. “The pilot light on our hot water heater was submerged,” she said.

Although Eisen had to purchase a new water heater, there was something in her basement that was salvageable after the flooding: “Luckily my husband’s artwork was not terribly damaged.”

Eisen said she filed a report with Prince George’s County but has yet to receive any governmental assistance with flood recovery.

Another Hyattsville resident, Joanne, who preferred not to include her last name, said that her basement filled with 5 feet of water on the day of the flood. “The water flowed from the alley drain behind our houses through our backyards into the front yard to the street drain, creating a river,” she explained. She said neighbors rushed to move their cars before they got flooded.

Joanne, who has lived in the house since 2009, said that the rushing water spared nothing in her basement. “The drywall had to be removed, and all appliances and electrical had to be serviced or replaced,” she noted.

Joanne and others contacted state Sen. Malcolm L. Augustine, who visited the area after the flood; they had not received a response as of press time. Also, the Maryland Emergency Management Agency visited and took photographs of the area and requested volunteer services, she said.

“At this point, we have already handled the cleanup and are now at the rebuild stage, if that is what we decide to do,” Joanne said.

When asked about how Hyattsville could have been better prepared to handle the flooding, Eisen said, “I’m not a hydrologist, but I would think that better stormwater management systems and more rain gardens throughout the city might help. Also, I don’t think they should be building new homes in the floodplain down by Magruder Park.”

Joanne said that drainage systems should be reevaluated to determine what changes would prevent their overflowing and flooding in heavy rains. “We would love the city and or county to … determine what needs to be updated to prevent … this river in between the alley and our street,” she explained.

“This exact same thing happened in 2014,” said Joanne. “We were told it was a once-in-a-lifetime storm then. Now that it’s happened again, but with more damage, how can we be confident it won’t happen a third time?”

Madison Burinsky is an intern with the Hyattsville Life & Times.