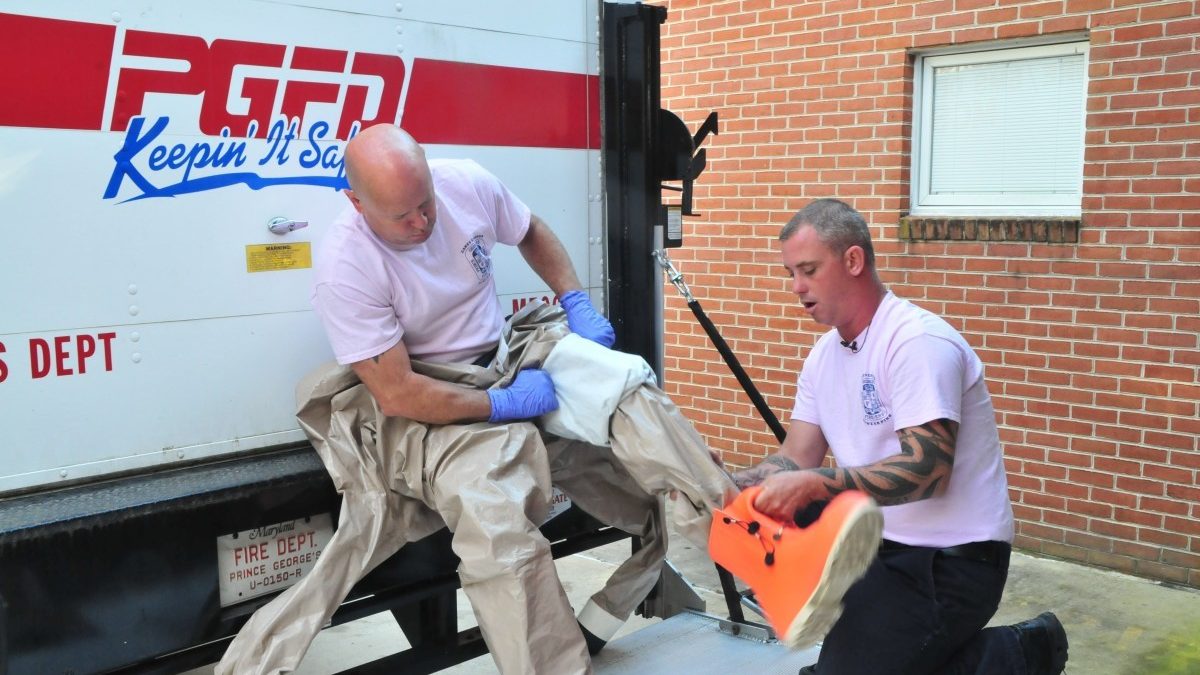 BY JENNA MILLINER-WADDELL — According to the Hyattsville Volunteer Fire Department (HVFD), local first responders now bring a hazmat suit to every call they respond to as a precautionary measure in the event that they encounter someone carrying the Ebola virus.

The program was put in place by Prince George’s County Fire Department (PGFD) and has dispersed almost 600 Hazmat suits across the county in the unlikely event that any of the departments encounter an Ebola patient, according to PGFD Chief Spokesperson Mark Brady.

DeMattia said the program started in early October after Thomas Eric Duncan, a man from Texas who was diagnosed with Ebola on Sept. 30, succumbed to the disease.

To determine if the suit will be necessary, 911 operators pass along information collected during emergency calls to HVFD involving the symptoms a person in need is experiencing, Brady said. They use the hazmat suit if extra protection is deemed necessary, which is made of a non-permeable material called tyvek. According to Brady, tyvek provides complete protection against any level of contact including fluids and air particles. It also includes an N99 respiratory system so that the firefighters can breathe.

Neither HVFD, nor any of the other departments in the county, have used the suit as of yet, DeMattia said.

PGFD plans to keep the program in place for a while, according to Brady, because the suits can be used for protection against any disease, not just Ebola.