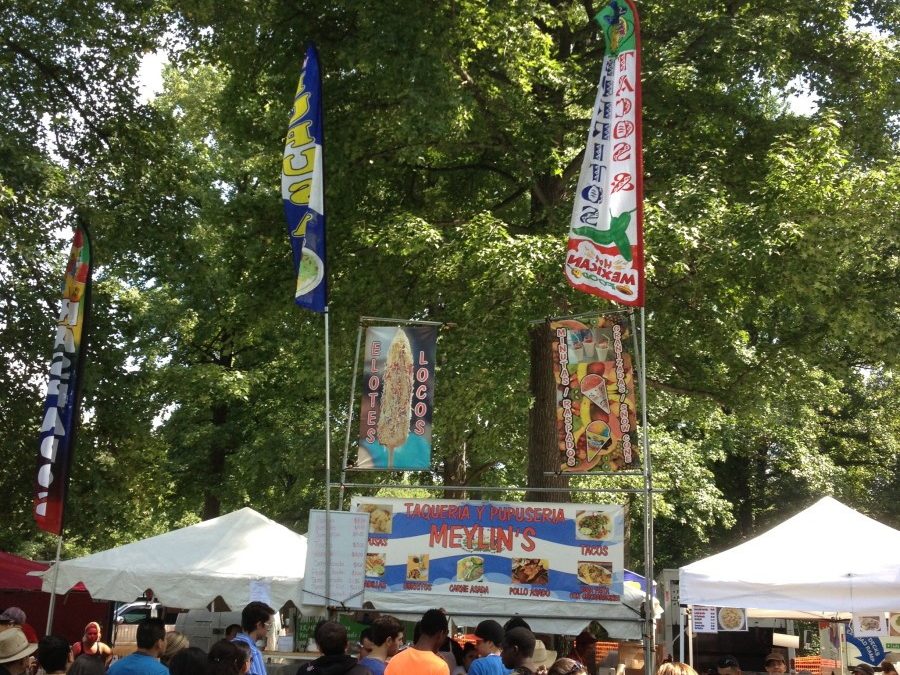 Flags, food and fun were all part of the Hispanic Heritage Festival at Lane Manor Park. Vendors were also on hand to offer a variety of wares. Photos by Alexander Rubin Holt. (September 15, 2013)
Adelphi 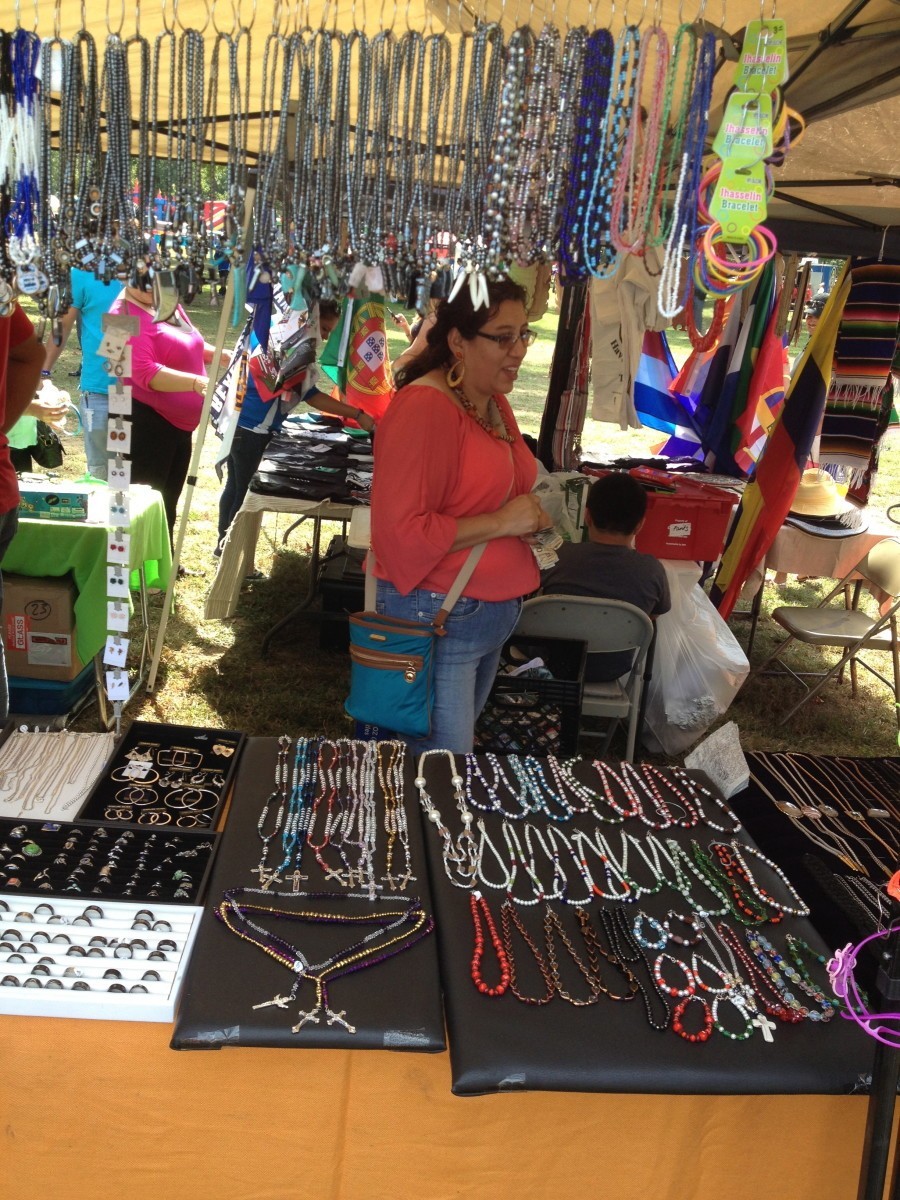 BY ALEXANDER RUBIN HOLT — Over 16,000 people kicked off Hispanic Heritage Month in style on September 15, with the largest-ever attendance at the annual Lane Manor event. Prince George’s County began holding the Hispanic Festival at Lane Manor Park in 1980; in the early years, average attendance was about 8,000 people. Now, 32 years later, the increased Latino presence in the county is evident in the festival attendance: Organizers believe a new record was set this year, with  over 1,000 more than last year.

Hispanic Heritage Month runs from September 15 to October 15, to honor the seven Latin American countries have their independence days during that period, including five on September 15. That diversity was reflected in the Hispanic Festival’s entertainment: Grupo Folklorico Popol Vuh came from Guatemala to headline the festival, and local dance groups with roots in Colombia and El Salvador also performed.

The festival featured food from a variety of restau

rants all over the Washington metro area and authentic Latin American arts and crafts vendors, including two vendors who traveled all the way from Guatemala to sell their wares.

The family-friendly nature of the event was one thing that local vendor Elizabeth Sanchez appreciates. Adelphi resident Sanchez said this is the only festival she sells her Mexican crafts and jewelry at because of the event’s value for the community. “It’s 100 percent because all the children come,” Sanchez said. “People bring kids and I think it’s very important.”

“It’s not only that we have Latinos in the northern parts of the county,” Ocasio said.  “They’re spreading into the central area and southern area and I have done outreach all over the county.” Ocasio notes that the event’s popularity may be due in part to the fact that it’s the only free Latino festival in the Washington metro area. In addition, unlike many other similar festivals, she notes that the Hispanic Festival doesn’t permit the sale of alcohol so it’s been able to attract large crowds that cause few problems.

The success of the event means that it is a year-round project for county recreation staff. “We finish on Sunday,” Ocasio said. “And then a week from Sunday, we start having organizational meetings and we start planning again.”

Gearing up for Halloween on 40th Avenue