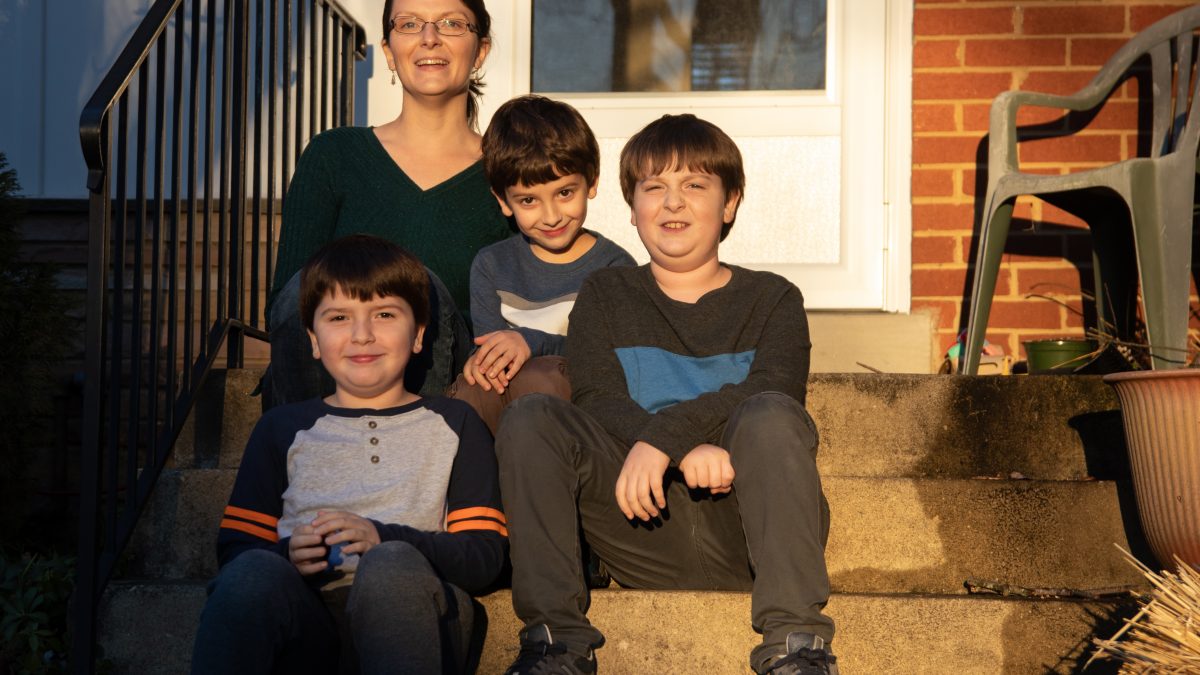 “Close your eyes,” said 11-year-old Joseph Stitz, popping open the back of his family’s van. “Now open them.”

Inside were cans of vegetables, boxes of pasta and other nonperishable food that neighbors from College Park Estates and Yarrow had dropped off at the Stitz’s house.

Joseph has two younger brothers, Jacob (8) and Alex (6). The three boys and their parents, Amanda and Joe Stitz, have been collecting nonperishable food items for the College Park Community Food Bank (CPCFB) since June.

“There were so many sad stories we were hearing on the news about the virus, and how many people were getting sick or losing their jobs and weren’t able to take care of their families,” said Amanda. After making their first donation to the food bank, Amanda said they realized how easy it was to drop off donations. Then Amanda and Joseph talked about “how good it felt to do something to be helpful, in a time where we all just felt so isolated and helpless,” and they decided to try collecting food from the neighborhood.

They started by placing a cardboard box at the bottom of their driveway, then replaced that with a larger, sturdier plastic bin donated by their neighbor Kacee McCoy. They didn’t get too many donations at first, but after Joseph taped a large sign to the box, more donations began to arrive. Then the boys made energetic efforts to get the word out.

In July, they designed a paper flyer, and, over the course of four blazingly hot days, they walked the entire neighborhood to deliver flyers to most of 319 homes in College Park Estates and Yarrow.

Kristen Arant, a neighbor in College Park Estates, held an outdoor drumming jam, and she put the word out about the food bin, which led to a sizable donation that same day. In November, the boys posted signs on telephone poles encouraging people to donate for Thanksgiving, and Amanda regularly posts a note of appreciation and also a reminder on NextDoor.

An article about CPCFB appeared in the December issue of the College Park Here & Now, and Amanda said she thinks that that sparked generous donations before the winter holidays.

The family says that the project has been enjoyable and educational. One Saturday, Joe and Joseph drove by the food bank and saw the long line of cars waiting to pick up food. Joseph said “I know people will donate, but they don’t really know if they’re making a difference, but when I saw that line, I knew that we were actually making a difference.”

While attending to their schoolwork, the boys enjoy peeping out the window, and they sometimes sneak out to retrieve a donation. Alex recalled that one neighbor, Virginia Banks, who was turning 101, gave his family $101 to spend on food. “That was fun; we got to go shopping!” he said.

“That was something they [the boys] learned from all this: where to be a good bargain shopper and make the money go a little further,” Amanda noted.

The Stitzs check expiration dates on all donations, keep a handwritten inventory and log entries into CPCFB online. Jacob enjoys organizing and loading the food for delivery; he even loads items into the van by color. The family has learned a lot about how CPCFB operates, and the boys hope to one day become volunteers at the food bank.

When asked how long they’ll continue this effort, the boys all chimed in: “Forever! At least another year. Until the end of the coronavirus.”

Amanda added “… As long as there’s a great need. We enjoy having this project. It’s a good thing to focus on when right now there isn’t very much [to do]. This is a good way for us to get out and do it safely. I feel like we could help in a safe way without putting ourselves or our family at risk. And the neighborhood has been very responsive!”