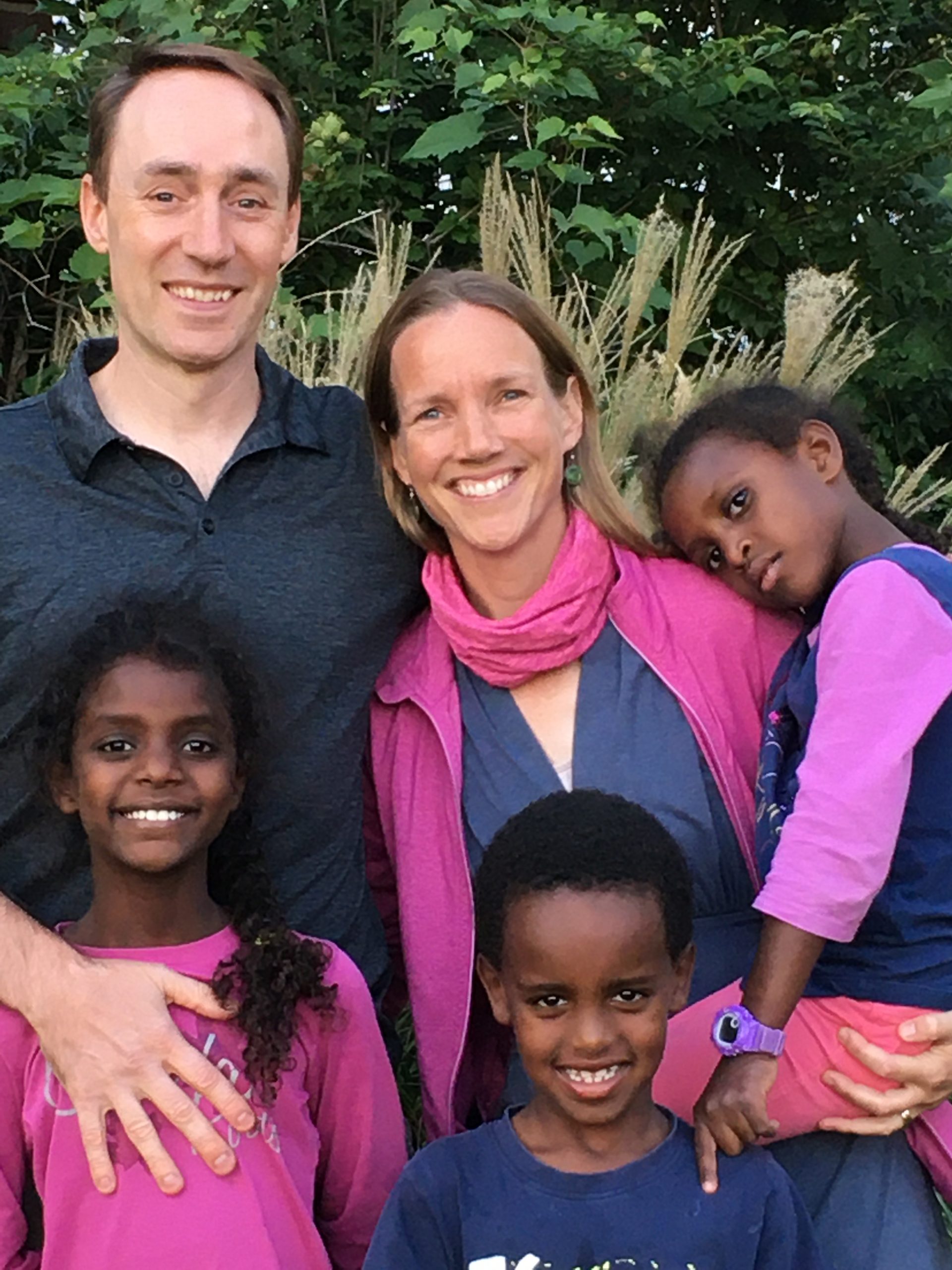 Growing up in Cambridge, Ontario, Maggie Banga describes having a typically Canadian childhood. “We loved winter, when my father would flood the backyard to make an ice rink.  We were on skates before the age of two. Skating was part of our life.”

She and her three sisters would spend summers at their grandparents’ farm in southern Ontario where they would collect eggs, help their Irish grandmother dry leaves to make tea and occasionally be chased by goats.

Canada has two official languages, French and English.  Banga attended a francophone public school with a diverse population, which perhaps sowed the seeds for her future journeys.

After completing her graduate studies in Toronto, where Banga met her husband, Mark, the couple moved to Chicago for four months in 2009 to do missionary training. The differences between the U.S. and Canada surprised Banga, including “subtleties in language.” She explained, “Asking for the washroom, I got blank stares; I didn’t know to call it the restroom.” Helping in an afterschool program,she asked for more “‘pencil crayons,’” confusing a supervisor. “I didn’t know they were called ‘colored pencils’ here.”

While Banga found Chicago similar to Toronto in some ways, she was surprised to see “the number of dented cars driving around and neighborhoods with boarded-up houses that were foreclosed.” She attributed the difference to the comparative lack of social safety nets, including healthcare.  “I would rarely see this in Canada. The line is thin [in the U.S.] between life going well and facing significant hardship.”

After their missionary training, the newly married couple lived in Ethiopia for six and a half years, working in social development and ministry. “We loved living there, even though life wasn’t easy. We lived simply. When you don’t have electricity most evenings and don’t know anybody at the beginning, it made for a true time to get to know each other and to get to know Ethiopia. In time, we made many deep friendships.”

During their stay, the couple adopted three Ethiopian children whom they are raising to speak English, French and Amharic. Despite hardships in Ethiopia, including some serious tropical illnesses, Banga reports they were happy there and could have stayed indefinitely. However, the Bangas felt called to deepen their missionary work with theological study, which led them back to the U.S.  After Mark was accepted into a master’s in theology program at the Pontifical John Paul II Institute, the family relocated to Maryland.

Banga experienced real culture shock. “When you leave somewhere, there is always a sense of loss. As a married couple and now [a] family, all we knew was Ethiopia.  We missed the culture, especially given that it is the culture of our children.” 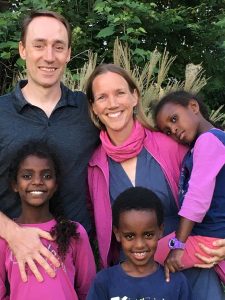 She added, “It was feeling the burden of materialism. I really struggled.  My heart was in Africa. We arrived with suitcases, and we wanted to return after the studies. I felt any toy, book or material possession I would offer my children now, I would then have to take away from them when we returned to Ethiopia.”

The family moved to Hyattsville, upon the recommendation of one of Mark’s classmates, and were immediately welcomed by neighbors, who provided them with furniture and household items to help them get settled.  “After mass at St. Jerome’s, lots of people stopped by and asked us if we needed anything. The only thing we hadn’t found were pots. That same afternoon, a woman came by with a set of pots for us, and one of the men came by with fresh vegetables from his garden. I don’t know how I would have managed if we hadn’t moved to a town as nurturing as Hyattsville. There was the loss and cultural change, and so without the instant friendships, it would have been challenging. Americans know how to be friends and have great hospitality – from bringing over a hot meal, to lending a hand to neighbors’ inviting us to a Super Bowl party. People take initiative, and that really builds community.”

Perhaps some of this American spirit rubbed off on Banga. After completing his master’s degree, Mark planned to take a position at the Archdiocese of Montreal, but just days before they were set to move, they had the sense that they were meant to stay in D.C. for Mark to continue with doctoral studies. “While I recognized that Hyattsville was a good and special place during the initial two years, I didn’t realize how much of a gift it was. Seeing Hyattsville in a new light, I wanted our family to really accept it as a gift and live in the community differently. I hope we can also be a gift to others.”

Although her hope had been to return to Ethiopia following Mark’s graduation, Banga now feels that if they are meant to stay in Hyattsville long-term, she would welcome it. “We still love Ethiopia, and of course we miss Canada. Though our children have never lived in Canada, they have a very strong Canadian identity through our family. They were born in Ethiopia, are Canadian citizens and live in the U.S.”  Perhaps this globetrotting family will find their roots in this diverse community after all.

Hyattsville artist reflects on his legacy