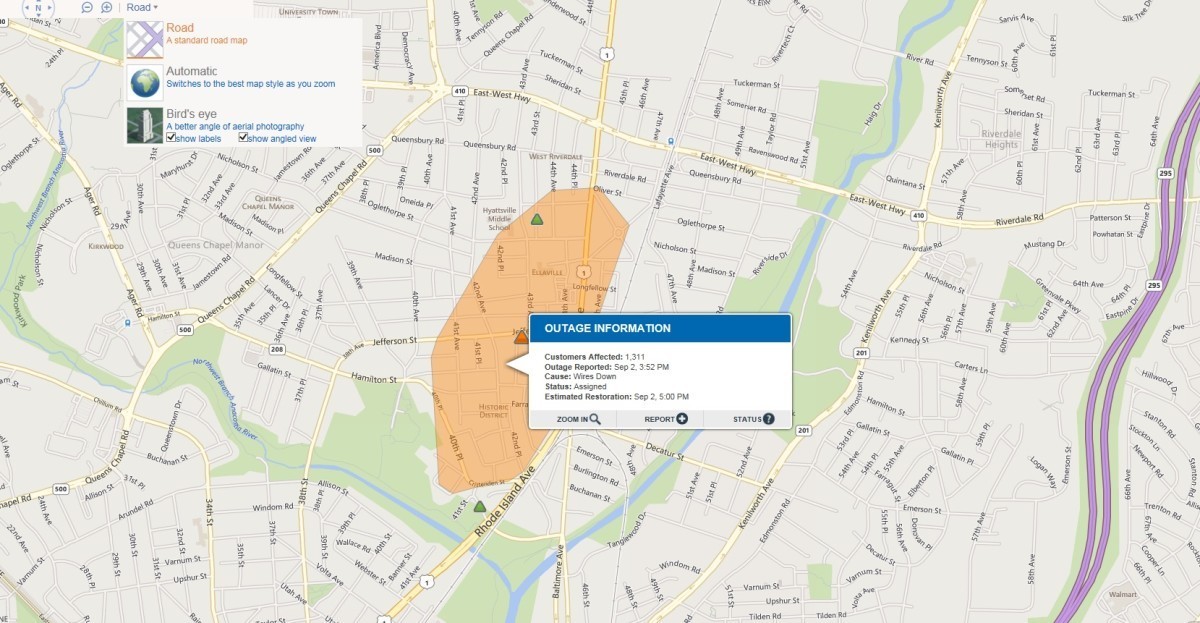 “We’re still assessing the situation, but at this point it looks like [the outage was caused by] downed power lines,” said Pepco spokesperson Sean Kelly. He added that crews had been dispatched to the 4100 block of Hamilton Street to investigate.

The outage stretched for several blocks, affecting mostly residences but also at least one school. In a recorded message sent at 4:15 p.m., St. Jerome Academy principal Mary Pat Donoghue alerted parents to come pick up students from aftercare as the building had lost electricity.

A later message said that school officials would decide by 9 p.m. whether to close tomorrow.