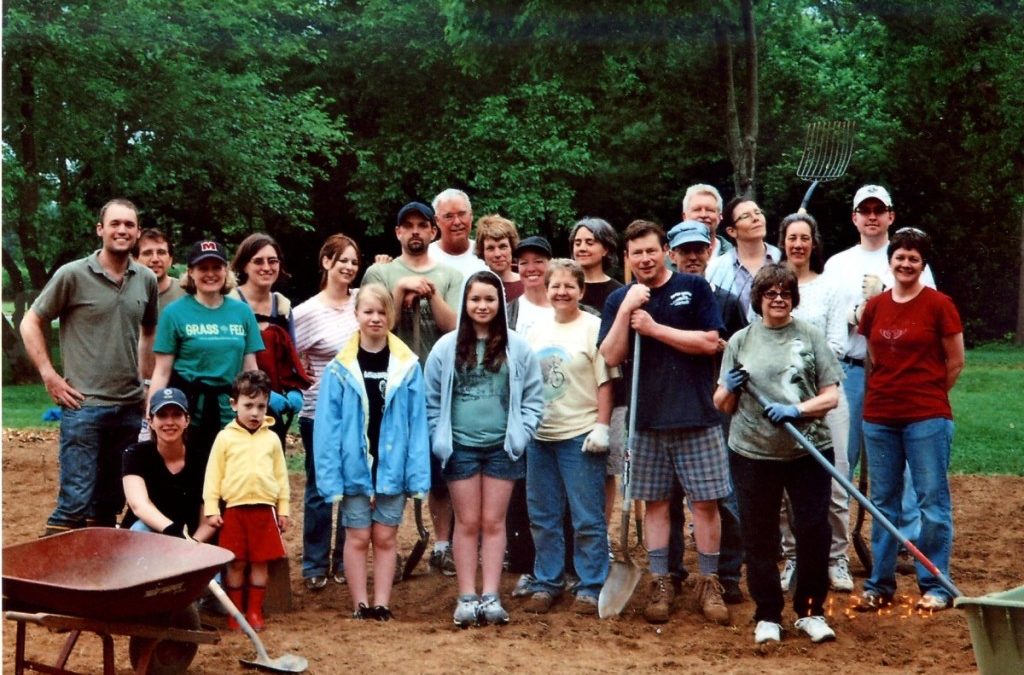 Digging it: Scenes from the Hyattsville Community Garden’s first season

BY PAULA MINAERT — The community garden in Hyatt Park (at Hamilton and 36th streets) is celebrating the end of its first season this month, with an impressive harvest of fruits and vegetables. It took a concerted effort by local gardeners over the last two years to get to this point.
The push for the garden began in 2009 and required a great deal of research, networking, lobbying and discussion with the Hyattsville City Council.

The council approved the garden in December 2010. Then a memorandum of understanding between the garden group and the council had to be developed, along with a site plan and rules and bylaws.
This spring, the city plowed the ground. The first workday for the gardeners, when they prepared the soil, took place in May. They added lime and compost.
Over several workdays, the group measured and marked with stakes the 40 plots that would be allotted to gardeners. They laid out paths and used wood chips to make them. The gardeners arranged with the city to have water installed.
The gardeners also cleared a large swath of land in the park that was not part of the garden to improve its appearance and make a place for their children to play. They put up a fence, built compost bins and dealt with squash bugs, pests that attacked some of the plants.
“The garden’s like sharing a house with 40 people,” said Dave Roeder, co-coordinator of the garden. “It takes consideration and a willingness to pitch in.” 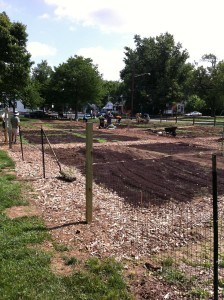 Postcards from the Past: Husbands brought home the bacon -- and other groceries