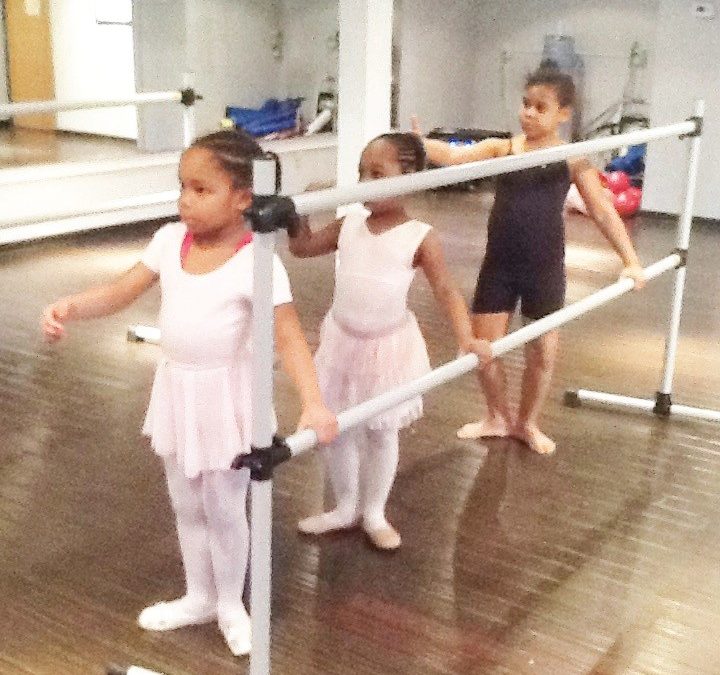 BY ELANA DURE — At Hyattsville’s newest dance and fitness studio, ballerinas and hip-hop dancers alike are preparing for their first recital, which will be held at Joe’s Movement Emporium on June 15.

Since opening Ballet, Tap, and All That Jazz six months ago, owner Rene Hoffler has been delighted with the welcoming response from both area residents and civic organizations, such as the Hyattsville Community Development Corporation.

Hoffler, 42, started dancing at age 5, studying the arts of ballet, jazz, tap and modern dance throughout her youth. However, at 4 feet 11 inches, she knew she could never dance professionally. So she focused on teaching.

She opened the studio on October 3, after a stint of caring for her sickly father inspired her to live her life doing what she loved. She quit her job as an intervention specialist at a middle school in suburban Virginia, and began searching for studio space to rent.

Her studio offers a variety of lessons including ballet, tap, jazz, Zumba, and belly dance. Other classes include yoga and Piloxing, a combination of Pilates and boxing. She teaches the ballet and jazz classes herself, and has 10 instructors for the rest.

“It’s nice to have a place like this in Hyattsville because there isn’t anything like it  nearby,” said Sarah Hurtt, a University Park resident and student in the adult’s ballet barre class. “The teacher [Hoffler] is very energetic and she keeps a positive attitude.”

The only concern Hurtt had about the studio was that the class times have been inconsistent, sometimes changing from week to week.

Hoffler said that as a developing business, the studio is still trying to figure out the best days and times for classes based on popular demand. (Lessons on Mondays and Fridays, she’s found, are sparsely attended.)

Monthly tuition rates range from as low as $45 a month for the weekly 45-minute pre-ballet class to as much as $175 a month for a selection of four dance classes per week. Drop-in fees are $15 per class.

Chris Law, a resident of Hyattsville and hip-hop instructor at the studio, said dance is a great outlet to keep children off the streets and out of trouble. He said that dance inspired him to turn his life around as a teenager and he wants to give others the same opportunity.

“I really enjoy teaching [the youth] because they have a lot of energy, they are very attentive whenever they are in class, and they are very excited about learning hip-hop and using commercial choreography,” said Law.

Upcoming programs at the studio include an arts camp, starting June 16, in which children ages 3 through 14 will have the opportunity to learn dance, drama and vocals.

For more information about class schedules, registration, or the upcoming recital, go to www.ballettapandallthatjazz.org.

Tags #and All That Jazz #ballet #children #dancing #Tap
Previous