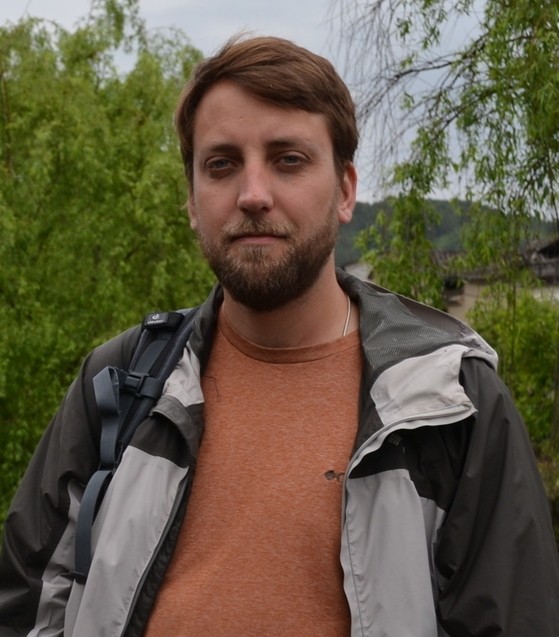 BY JULIA GASPAR-BATES — Hyattsville resident Jakob Henriksson attributes his ability to easily adjust to other cultures to his international upbringing. Born in Sweden to parents who worked in international development, Henriksson spent his first 15 years moving back and forth between Sweden and Bangladesh, where his parents worked.

“It was a special way to grow up in a small community of Swedes in Bangladesh. It gave me perspective. It made me very adaptable. You get used to that shift.”

Life in Bangladesh was good for Henriksson, who lived in a wealthy area of the capital city of Dhaka, close to other expats, including many Swedes who were part of his community. “I was accepted as a Swede. I had a lot of freedom to move around in the neighborhood where I lived. I remember it being a lot of fun. It was almost more jarring to go back to Sweden. I felt that I didn’t fit in as well on a day-to-day basis. Interacting with kids [made for] a harsher environment. In Dhaka, we lived so close to many of the families it was easy to meet with other friends and go to each other’s houses.”

Despite feeling more comfortable living in Bangladesh, Henriksson missed many aspects of Sweden. “I may have romanticized Sweden when I was away. The one thing you pay attention to when you come back from a place like Bangladesh was the access to nature. I have memories of flying to Sweden and seeing endless forests and woods.”

Henriksson also appreciated the chaos of life in Bangladesh, although he didn’t miss it during his time in Sweden. “I grew to enjoy that environment — all that traffic, craziness and smells. When you come back [to Bangladesh] and you’ve been away for a while and walk out of the airport and you get hit by the hot weather, it’s a comforting shock.”

At age 15, Henriksson attended a British boarding school in India for a year and then went back to Sweden to finish high school and attend university.

After finishing university in Sweden, he returned to Bangladesh to live with his parents and start working for the Swedish company, Ericsson. During that time in Bangladesh, Henriksson met his future wife, Christina, an American who was teaching English in Dhaka. After he returned to Europe for a doctoral program in Dresden, Germany, Henriksson was eventually joined by Christina, and they got married. Once Henriksson finished his studies, they moved to Maryland so Christina could pursue a master’s degree. They lived in Gaithersburg for a year and then moved to Hyattsville in 2010 to be closer to Christina’s school.

Henriksson enjoys living in the U.S. where he feels life is comfortable. A few aspects of the culture have surprised him, such as the diversity of people and ideas. Since Europe has many political parties and the U.S. only has two, Henriksson had erroneously assumed people’s viewpoints would be more similar.

“Americans are very forward and outspoken. They’re not shy. Swedes are much more introverts. There are a lot more voices in a community than you expect when you’re on the outside.”

Despite never really considering any one place as home, Henriksson identifies strongly as a Swede, tries to inculcate his children with Swedish cultural traditions, and speaks only Swedish at home. Although he hopes to someday return to Sweden to reinforce his children’s Swedish identity, for now he enjoys living in Hyattsville. “There’s a great neighborhood community that has made us feel at home right from the beginning. Since I run marathons, it’s also been a great relief for me to have the running trails.”

PHOTO: Hyattsville flags at half staff for Chattanooga victims