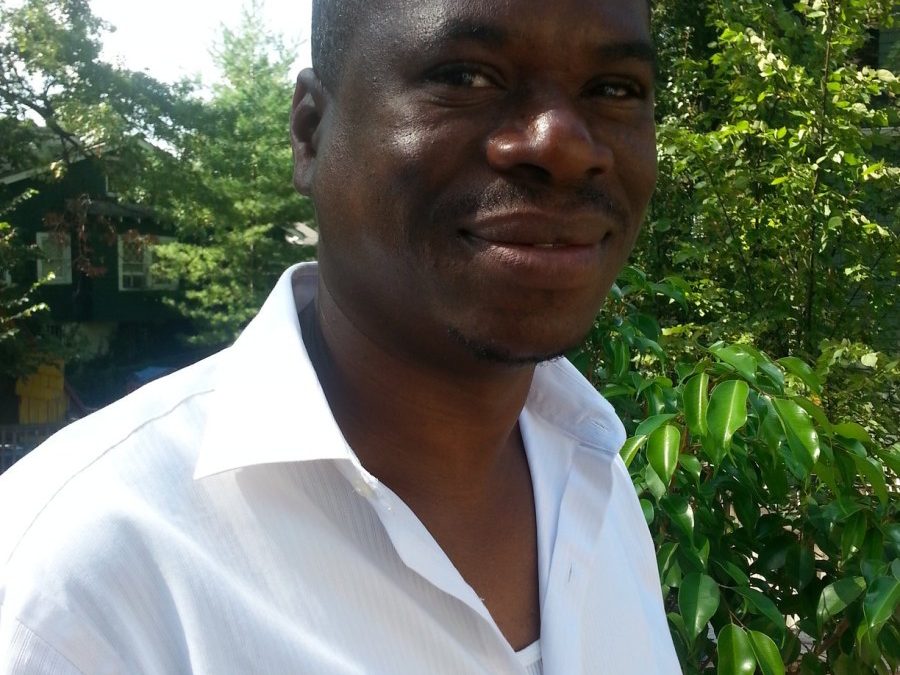 In 2011, Amadou Bakayoko and his wife discovered Hyattsville by chance while they were looking for a new home closer to Washington, D.C.

“I like Hyattsville because it’s quiet, safe and you have a diverse population,” he said.“The residents are living as a well-integrated small community with people caring for and watching for one another.”

Prior to moving to the U.S.,  Bakayoko lived in several West African countries.  Although he was born and raised in the Côte d’Ivoire, Bakayoko  primarily identifies with his ethnic group, the Dioula, who originated in Mali.

“It’s difficult to talk about Ivoirian culture because there are more than 60 ethnic groups and each group has its own language and culture,.” he said.

Like most Dioula, Bakayoko is Muslim, and one of his fondest childhood memories is celebrating the end of Ramadan.

“During the festival people dress well, go to prayer, and…celebrate with neighbors, even if they’re not Muslim. [As part of the celebrations], children must go around town to greet families and friends and they receive money and gifts. It’s a day of sharing and giving offerings,” he said.

Bakayoko relocated abroad after divisiveness between Côte d’Ivoire ethnic groups led to political unrest. While he was working for the Peace Corps in the city of Abidjan, he took a trip to Ghana. But during his vacation, a military coup that compelled the Peace Corps to close its Ivoirian office.

Bakayoko decided to remain in Ghana until the situation calmed down. His short-term stay ended up lasting for three years, during which he met his wife, Sarah, a former American Peace Corps volunteer.

Over the next few years, they moved to Liberia and Benin where Bakayoko completed his first Master’s degree. In 20010, Bakayoko and his wife moved to Baltimore.

Bakayoko said he has experienced culture shock multiple times since arriving in the U.S.

“In Africa life is not easy. You have to support an entire family,” Bakayoko said. “When you are in that environment where you have to struggle on a daily basis and you come to an environment where there are so many opportunities, it is difficult to understand that [people] are not seeing what they are missing.”

His life experiences have taught him that, “Even if everything is against you, try as much as you can when you have an opportunity to make the best out of you.”

Bakayoko believes that education is the foundation to success in life and he has returned to school at every opportunity. After acquiring a second Master’s degree in Washington, D.C., he worked to provide education in developing countries.

Recently, Bakayoko created his own non-profit, WoCha (World of Change), which aims to educate girls in Côte d’Ivoire who would not otherwise have the opportunity to go to school. Bakayoko also co-founded  Glob@lAdvance Co. LLC.

Bakayoko has mixed feelings about raising his children in the U.S. He wants his son to benefit from life here and also have the opportunity to know Africa.

Though Bakayoko hoped to find a better situation in the U.S. than in Africa, he said, “when you come here after a couple of months, you come down to reality. I don’t think people enjoy life here even though they’d like to…there are a lot of people in the middle class who live paycheck to paycheck and because of that life is difficult and stressful.”

Julia Gaspar-Bates is a cross-cultural trainer and consultant. “Cultural Connections” is devoted to bringing forward the voices of immigrants who have settled in Hyattsville.

Miss Floribunda: Ants in your plants?

Secondhand News: Aren’t you glad you didn’t throw that away?

PHOTOS: City turns 125 with a party at the Arcade Building

My Two Cents: Disinformation in decline