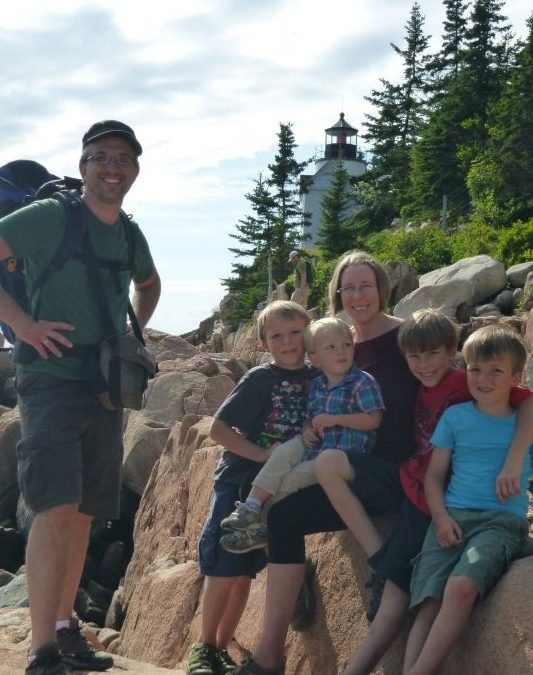 Living here has been “fantastic because of the strong network and because so much is happening,” she said. “I love the diversity — I actually like a good mix of people from different cultures and socioeconomic backgrounds.”Ahlf-Wien, who works as a freelance translator of modern Arabic literature, and her husband, Peter, moved to the U.S. in 2006 when Peter the University of Maryland hired him to teach. Previously, they lived in Morocco.

The couple initially planned to live here only a few years but as time passed, Imke said they considered staying definitively. Ahlf-Wien said returning to her home culture after many years away helped her realize that it is easier to meet people in the United States.“We were relieved to come back to the U.S.  In Germany it was difficult at first because people do not open up…It put me in the shoes of someone who comes to Germany from a different culture because it must be very hard to access German culture,” she said.

Although she misses urban life and the ability to “walk or bike places” in Germany, Ahlf-Wien enjoys living in the U.S.

“It’s very easy to make conversation with Americans.  People are more open to invite you over for dinner or potluck parties.  The more you become friends with someone, the more you discover the depth. We have many friends and so much support here.”

Additionally, she said, Hyattsville is, “a quirky place with people with lots of different interests and people who think outside the box.” People have the freedom to be themselves.

Freedom is a theme that resonates strongly with Ahlf-Wien. She recounts that she had a lot of independence growing up near Hamburg, Germany where she could play in the local forest with friends.

“I miss that I cannot replicate this type of childhood experience for my children,” she said.

Yet, Imke loves the freedom that living in the U.S. affords to its citizens.

“One of the things I realize moving here is that America is the country of the free.  Everyone does exactly what they want—provided you have enough money.  There is a mainstream culture and that is strong but people who do not belong to the mainstream create their own counterculture.  In Germany, there is mainstream culture and you are expected to conform to it; doing something outside of it is considered weird.”

While Ahlf-Wien has not experienced major culture shock, there are some areas she said have required adjustment.  Initially, she struggled with American food.  “In grocery stores eighty percent of the food is highly processed.  There is no good bread and you don’t know where the food comes from.  But then you find the farmer’s market and co-ops and farms where meat is humanely raised.  You have to make an effort but you can find almost anything.  There is a whole counterculture around food.”

The amount of choice can also have its negatives.

“People who are privileged tend to fret a lot,” she said.  “They have all the choices of the world.  People get an overdose of choice and that makes their lives harder than it should be.  For example, when I grew up everyone sent their children to public schools.  In DC, there are so many choices and people want the very best.  It can make you crazy looking at all the different options.  There’s a time where good enough would make you happier than looking for the next best.”

Julia Gaspar-Bates is a cross-cultural trainer and consultant. “Cultural Connections” is devoted to bringing forward the voices of immigrants and other foreigners who have settled in Hyattsville.