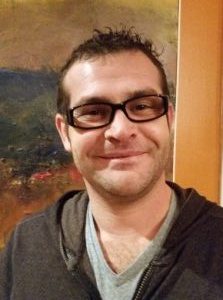 Javier Culzoni’s childhood in Asunción, Paraguay set the stage for his eventual immigration to the U.S. His mother, a dancer, frequently traveled around the world for several months at a time. Consequently, Culzoni said he and his brother grew up “with two different faces,” as relatives would care for them during their mother’s absences.  “At my house, there were always 10-12 people every day and on weekends. We would all get together and spend time having a BBQ. I miss that a lot,” he said.

When Culzoni was 15, his parents separated and his father moved to the U.S. Until moving here 11 years later, he saw his father only during a visit to Paraguay. In 2000, Culzoni was playing semi-professional soccer and decided to join his dad in the U.S.  “When I came here, I was living in RockvilIe. I worked in construction and played soccer in amateur leagues in Maryland. They would pay me $100 per game. I would save the money to enroll in English classes,” he said.

The first year was hard. Culzoni consciously tried to cultivate friendships with Americans. “Because that would help me learn and listen and appreciate [English] better,” he said. His initial motivation to learn English occurred following an encounter in a grocery store when he had difficulty communicating with the cashier. “After I left, a [Latino customer] came out and gave me her phone number because she wanted me to call her. At that moment, I realized that I needed to learn English, ” he said.

There were other learning curves for him. “The pace of life is slow in Paraguay, and people show up late for meetings. It’s disrespectful in the U.S. if you show up late. Here you can lose business or your job for being late,” he said.

Javier misses the warmth of the Paraguayan people. “They will invite you to their house for a BBQ or birthday party. Even if they don’t know you but a friend invites you, you’re welcome. Everybody shares everything. Here, sometimes you don’t stop to appreciate, you just work, work, work and you miss things that you don’t realize because you’re so focused on working and not enjoying. In Paraguay, people aren’t worried about working. If you try hard enough, you can just live comfortably,” he said.

Another aspect of the U.S. he said shocked him in a good way is the diversity of people from different countries. “When you come here and don’t speak the language, you’re afraid that people will make fun of you. But that’s not the case, people try to understand you and communicate with you and help you to learn,” he said.

Javier, his American wife and young child relocated to Hyattsville from Annapolis to be closer to his mother, who now lives in Silver Spring, Md. “We knew that Hyattsville was an artsy town and we like that ambiance, with old houses. You don’t really have to go to D.C. because you have things here and everything is within walking distance. I like the diversity mostly,” he said.

Javier recently visited Paraguay with 595 Entertainment, an organization he co-founded, to solicit support from government agencies to set up team-building challenge courses throughout the country.  “We want to create socio-economic growth in smaller cities to help support local small businesses. I saw a lot of economic progress. Everything changed,” he said.

Observing changes at home was not the only change Javier experienced.  “I felt like a stranger, like I don’t belong [in Paraguay] anymore. Even though I want to retire there, I don’t think I’ll be able to adjust to that life anymore. It is like a mixed emotion sensation. I feel like I’m American now,” he said.

In fact, since 2013 Javier has been an American citizen.  “It wasn’t an easy process, but in the end it’s good satisfaction. If I start thinking about where I came from and how I got here — how I wasn’t able to speak English, to become an American is really nice.  It’s the fruit of my sacrifices from leaving my country, my family,” he said.

Maryland House of Delegates, Dist. 47A

Nature Nearby: Return of the Night Screamer