Cultural Connections: From Mexico to Maryland 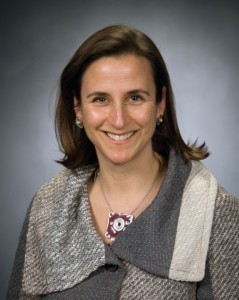 By JULIA GASPAR-BATES — Growing up in the small colonial town of Cotija, Michoacán, in central Mexico, Paulina Valencia Quiroz recounts a peaceful upbringing among “houses built 500-600 years ago and horses that would sometimes wander in the streets.” Valencia grew up in a large family of 11 children and was fortunate to have friends and neighbors who all lived really close. She said in an interview, “I never felt afraid of going out because I had connections with everyone who surrounded me and who would greet me.” Her parents were small business owners — her father owned the only fabric and crafts store in town and her mother, a clothing store. Valencia spent part of her childhood working for them, which reinforced her strong sense of community.

Life in Cotija was full of festivals. Valencia recalls celebrating many holidays throughout the year.

“In June there is a big festivity where the town paints wood chips, and [people] walk through town making prayers and singing. The streets are decorated. In December, there is the cheese festival where they sell mezcal.”

“My parents welcomed a lot of foreigners to our house. I think that it opened my mind and my curiosity to learn about different cultures and languages.”

After doing a stint at university in Sonora and volunteering in religious camps for a year in Tabasco, Valencia returned to Cotija to resume work in her father’s store. In her spare time, she began coursework with an online university and decided she wanted to learn English — a decision that changed the course of her future.

“I found a website where you can do a language exchange. I made a lot of friends there, including my husband, Andrew. We talked for 10 months via email and Skype, and then he came to visit me in Cotija over my birthday in November 2015. We decided to get married in January 2016.”

After living for a year with her family in Cotija, the couple returned to Maryland, where Andrew grew up. Although this was her first experience abroad, Valencia had heard much about the U.S. through stories of community members who had immigrated north, mostly to Texas.

“I always had a bad feeling about the U.S. Many of the people from my town came to the U.S. illegally, passing through the desert in northern Mexico, so they had very rough stories. They just worked and saved their money to come back to Mexico.”

However, Valencia had a better experience. “It was very different from my experience coming to the U.S. … Living here was so different for me because I came with my husband. I understand that if I lived by myself it would be a rougher life.”

Despite her more privileged circumstances as an immigrant, Valencia still experienced her share of culture shock.

“When I came to the U.S. I felt that I didn’t have skills. I didn’t know how to connect with people. I didn’t understand jokes. In Mexico, a lot of people say ‘Hi,’ and kiss the cheeks. When I tried to do that here a lot of people would move back and it felt strange. I had to re-adapt. I can’t be the same person. It’s a small thing but also a big thing.”

“Another thing that shocked me is all the diversity,” Valencia continued. “There are lots of Muslims, Indians and black people, and I never saw that in Mexico prior to coming to the U.S.  Here, I had to think about who I am in this world and how people would identify me as a Mexican.”

Valencia and Andrew moved to Hyattsville shortly after arriving in the U.S. to share a house with Andrew’s childhood friend and his family. The inclusive Hyattsville community made the transition to American life a little bit easier.

“Because we live with our friends, we met a lot of people more quickly. I really like the strong community here. Things like the vine crawl, the mom’s clothing swap, the Zombie Run and all the international festivals. I feel there is always something happening in Hyattsville throughout the whole year. You also feel [included]. People are very warm.”

Despite her welcoming Hyattsville community, there are many aspects of home that Valencia still misses.

“I miss the small local businesses and connecting with the people. I miss my family and friends. I miss La Plaza [the main square] because a lot of people meet there to talk or have ice cream. In Mexico, the streets are more alive. I miss my language and being more relaxed when I speak Spanish. I can use colloquial words [there], and people understand my jokes.”

Valencia hopes to one day return to Mexico with her family. “We now have two places to live. It will always be a challenge to live far from our families. We’re not rushing, but when the moment arrives, we will have to decide.”

“Cultural Connections” is devoted to bringing forth the voices of immigrants and other foreigners who have settled in Hyattsville.

Hyattsville Life and Times, 5 years ago 5 min read
From the Editor

From Where I Stand: Remembering Mr. Gailes