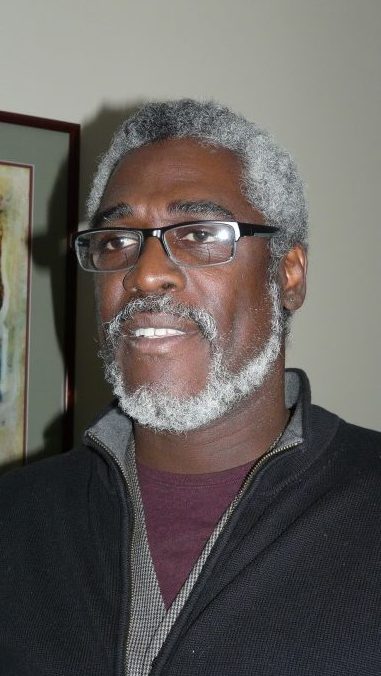 Cuban immigrant Osbel Susman-Peña discovered Hyattsville after he and his American wife, Tara, happened upon an article in The Washington Post promoting the town as an artistic community in transition. They were sold on the city when “… we saw children walking by themselves in the street,” Susman-Peña said.

“This gave us confidence that it’s a safe area where we could raise our children. We also liked the diversity with lots of multi-racial and gay couples. I really liked that I could walk down the street and people say ‘hi’ to you. This reminded me of Cuba and I felt at home.”

For Susman-Peña, home has been many places. Born into a diplomatic family in Havana in the post-Revolution years when Fidel Castro came into power, he left Cuba soon thereafter when his father was posted in Algeria.

“When I returned to Cuba in 1970 everything was rationed. I came from [Algeria] where there was a lot of prosperity. There was no possibility to access things that I was used to having in Algeria. [In Cuba,] I realized that you couldn’t eat certain foods that weren’t produced in the country… This deficit meant that people had to be creative.”

Susman-Peña believes Cubans need to be pragmatic to survive and learn to enjoy the moment in simple ways.

“If meat is available in the market today and you need it tomorrow, you make a choice. Do I buy the meat and eat it today or do I take a risk and save it for several days knowing that we may not have electricity? People are psychologically conditioned to see things in the short term and make calculated risks for survival,” he said.

Despite the hardships, Susman-Peña said he misses aspects of life in Cuba.

Apart from the material needs, he said, “I lived a very happy life. There was virtually no violence because the mentality was more to fraternize than to be violent. There were lots of parties. I miss small things — the sea, my friends, going to the cinema and seeing movies from around the world because movies in Cuba are very inexpensive, and the cultural life because there is a strong artistic community.”

Susman-Peña arrived in the U.S. in 2004 after meeting Tara, his future wife, in Havana, where she was doing anthropological research. The couple eventually moved to New York City.

“The contrast was huge between what I had lived in Havana and what I was beginning to see here,” Susman-Peña said. “For example, I didn’t speak any English so I felt like a baby because if you can’t communicate, you can’t ask for food. My first impression was that there was huge linguistic and cultural diversity. Another thing that impressed me was going into a supermarket the first time. I was in shock for 20 minutes because I couldn’t understand all the choices.”

After Tara became pregnant, the couple realized that staying in New York City was not an economically viable option for raising a family. They relocated to Bethesda to be closer to Tara’s family before purchasing a home in Hyattsville a year later.

“In Hyattsville, I have met a community where I’m comfortable because it’s an open and artistic community. This helps me integrate a lot despite my linguistic limitations,” he said.

Susman-Peña said he is optimistic about the recent shift in U.S.-Cuban relations.

“Cuba can’t remain separate from the rest of the world and it’s important for change,” Susman-Peña said. “The youth in Cuba today will find more integration and have more opportunities to develop the country. People can’t blossom now — they have a lot of knowledge but they can’t do anything with it … The economic society is not structured in a way that people can develop. This will be a part of the transition.”

Auntie Diluviana: Being safe at home