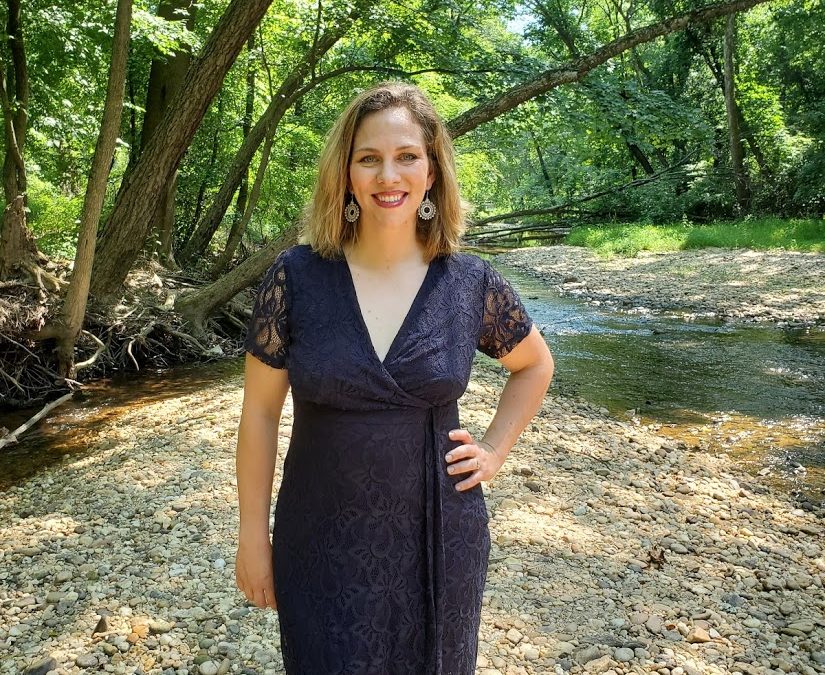 A pandemic: It’s safe to say that not many of us have lived through one before. And it hasn’t been an easy year for any of us. But sometimes inspiration is found in unusual places, and for College Park’s Andrew and Christina Toy, solitude turned into opportunity. Confined for many long months, they’ve recorded an album and written a children’s book.

The Here & Now spoke with the Sunnyside couple about how they found new creative outlets while they hunkered down at home. Christina and Andrew settled in College Park seven years ago, in large part because the community struck them as a good place to raise a family.

“Quarantine gave me an excuse to do something more than what I was used to and gave me more time with my husband, who is my sounding board for everything,” Christina explained.

“While I don’t feel that I conquered the pandemic, I do feel as though I conquered myself and any invisible limits or boxes I had put myself in prior.”

Her first children’s book, Going to the Phlebotomist, is aimed at children ages two to six and is intended to help kids overcome the fear of having blood drawn for the first time. 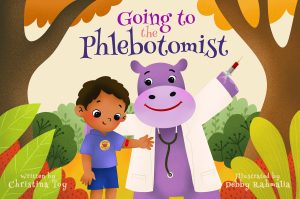 “Children can be frightened or anxious when they are unaware of what to expect from any experience,” Christina said. “Coupling that with a somewhat invasive procedure and the situation can become traumatic for the caregiver and the child, as well as making the phlebotomist work a little harder. This book allows children to learn what to expect when they need lab work done. … Children’s books can open up a world otherwise unknown, especially now, because of limited contact with the outside world.”

Andrew met Christina when he performed at a concert in Philadelphia. They found a mutual interest in travel and music. An accomplished drummer, Andrew has been recognized both locally and nationally. With limited performing opportunities during the pandemic, Andrew was able to take a break from touring and record an entire album of original songs.

He said that the project might not have come to fruition, if not for these many months at home.

“It’s possible, but it would’ve taken longer, with more interruptions,” he said.

“Also, just the heaviness and strangeness of everything that happened in 2020 had an effect on my music that may not have been present otherwise, along with giving my work a greater feeling of immediacy.”

“Listeners who want to hear something fresh and hear percussion used in a different way than they may be used to will likely enjoy this album,” Andrew said. “Specifically, fans of post-rock, minimalism, electronic and world music.”

Asked what advice they have for others who dream to create something, the Toys said that it’s all about putting one foot in front of the other.

“If there is a goal you are working towards, make baby steps,” Christina said. “Take a minute a day to work on your project and build upon that each day.”

“Focus on what makes you unique and brings you joy, and don’t compare your path to anyone else’s,” Andrew added.

Initially, living in College Park was a boon for Christina, who has a career with the airlines, as the city is about equidistant from the DMV’s three major airports. During the pandemic, though,  Christina has relied more heavily on her ties to the College Park community. She volunteered at the community library, and neighbors helped edit her book.

Christina said that living in College Park has been all about organic connections. And Andrew has been philosophical.

“The best we can strive for is to make the best of a bad situation, have empathy for others, and become the best versions of ourselves,” he said.

Christina’s self-published children’s book, Going to the Phlebotomist, is available for pre-order at christinatoy.net.

Andrew’s album, Guardrails, can be purchased as a download or on compact disc at andrewtoy.net.