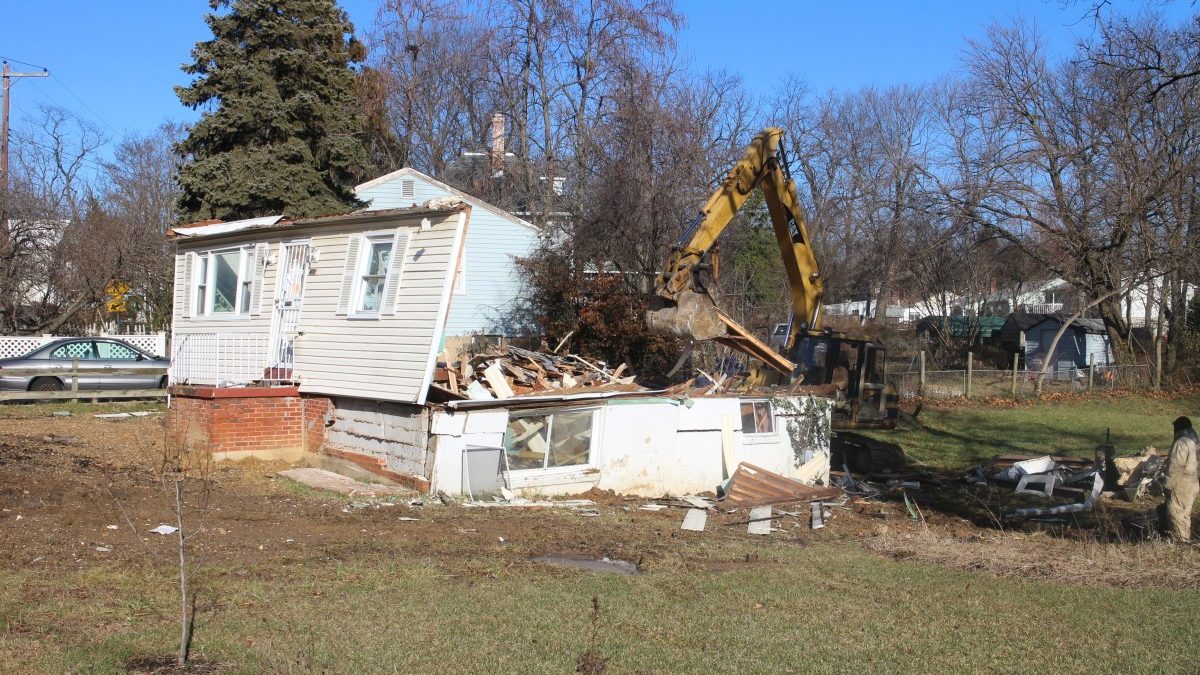 Hyattsville Life and Times, 7 years ago
BY CHRIS CURRIE — A contractor for the Prince George’s County Department of the Environment began demolishing the house at 4016 Crittenden Street this morning.  The house had been vacant since it was condemned several years ago by the City of Hyattsville as unfit for human habitation.  The house was undermined by a storm drain failure on the property in 2003.  The county purchased the lot from the homeowners in 2013.

Due to the encroachment of the storm drain, the property has been designated permanently unbuildable by the county.
Previous

Vigilante has top-five finish at US Roaster Championship