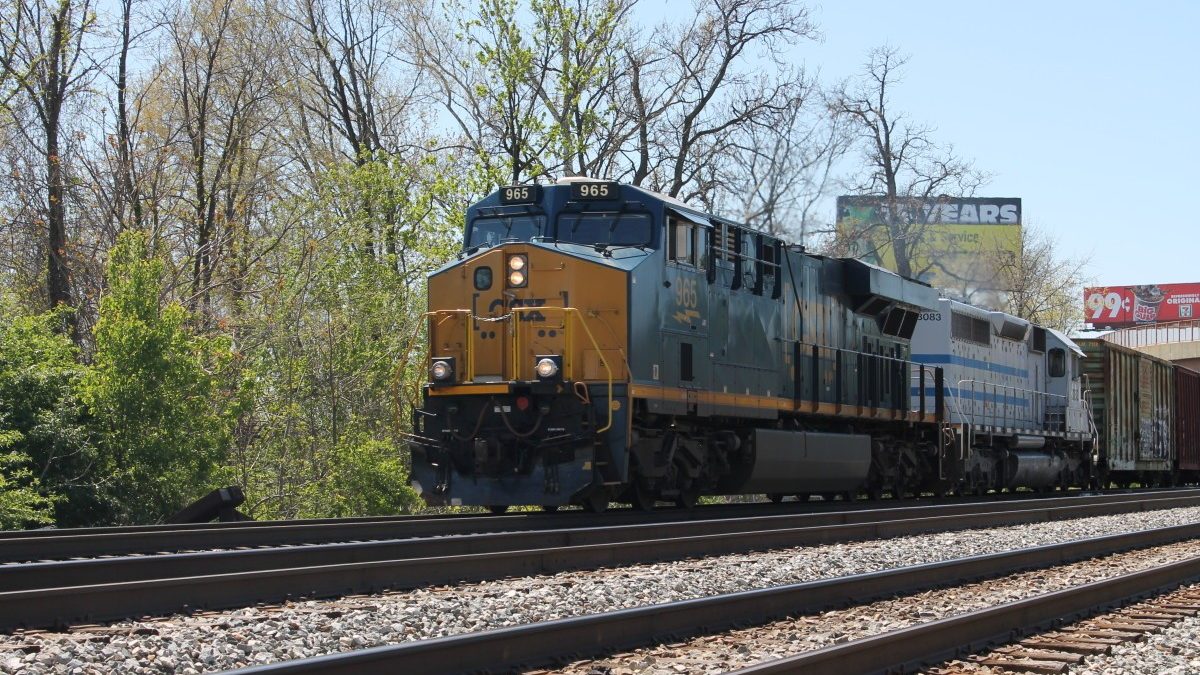 BY REBECCA BENNETT and CAROLINE SELLE — At the Jan. 20 Hyattsville City Council meeting, councilmembers discussed whether or not the city should continue pursuing the establishment of a CSX quiet zone at the Decatur Street crossing.

Some residents say that train noise is unbearable. In a 2014 Hyattsville resident Mamadou Fall wrote on a local listserv, “I will describe the noise loudness [as] extremely disturbing overnight. We just moved in a month ago from a quiet area in Gambrills and didn’t know or think about it.”

On Sept. 15, a resident gave a presentation during the public comment period of that evening’s city council meeting. In the subsequent months, a petition requesting quiet zones at the Baltimore Ave and Decatur St. crossings by Hyattsville resident Penny Smith on www.change.org received 107 signatures.

After receiving several inquiries on the matter, according to a January memo by Assistant City Administrator Jim Chandler, the city solicited information from the Federal Railroad Administration (FRA) and Maryland State Highway Administration (SHA), which serves as a liaison between the city and the FRA. The city also spoke with the Town of Riverdale Park, which is currently going through the process for a different crossing.

The “Train Horn Rule” came into effect in 2005, enacted by the U.S. Congress “in response to an increase in nighttime collisions at locations with state whistle bans,” according to the FRA’s website. It was intended to “maintain a high level of public safety by requiring the sounding of locomotive horns at public highway-rail grade crossings.”

Under the law, train horns are required to be sounded “in a standardized pattern of 2 long, 1 short and 1 long blast. The pattern must be repeated or prolonged until the lead locomotive or lead cab car occupies the grade crossing.” Volume levels are set: according to the FRA, “The maximum volume level for the train horn is 110 decibels [a new requirement]. The minimum sound level remains 96 decibels.”

The same law allows communities to establish “quiet zones” under specific circumstances, a process which the FRA oversees.

The FRA’s website states, “In a quiet zone, railroads have been directed to cease the routine sounding [of] their horns when approaching public highway-rail grade crossings … Localities desiring to establish a quiet zone are first required to mitigate the increased risk caused by the absence of a horn.”

According to the city, even if a quiet zone is established, the train conductor can still use a horn as a necessary safety precaution.

The city said that based on their understanding, it typically takes three to five years to complete the process of establishing a quiet zone. The estimated cost of going forward could be between $60,000 and $340,000, which includes an assessment of the crossing area, infrastructure improvements, and FRA application.

One of the first steps in the process is to have FRA, CSX, and SHA conduct a no-cost diagnostic of the crossing, according to city staff, which was expected to be scheduled in early February. It has been several years since the crossing was assessed, a city memo stated, and while gates were not warranted at the time, they are normally required when a quiet zone is considered.

Councilmember Clay Williams (Ward 5) asked city staff whether there was a sense if the diagnostic would show any change. Staff said that the only likely change would be traffic, which was approximately 9,000 cars per day during the last diagnostic.

Though he said he was in support of the diagnostic going forward, Councilmember Tim Hunt (Ward 3) said, “Spending dollars for public safety is one thing, but to put in a railroad crossing for the purposes of people who moved next to the train tracks [so they] didn’t have to hear the train—I think that would be outrageous and a complete abuse of taxpayer dollars.”

But, regardless whether the city or other entities foot the bill, Chandler said the FRA would still have the final say on the quiet zone application after the upgrades are made.

In Oct. 2010, Riverdale Park completed upgrades of the CSX crossing at Queensbury Road after multiple motor vehicle accidents, according to a City of Hyattsville memo. One of those accidents reportedly included a bus in March 2009.

In 2012, StreetsBlog USA highlighted the Hyattsville area as a hotspot for pedestrian deaths on railroad tracks and published a map of several incidents. Since the blog’s publication, several more accidents have occurred. In June 2014, a man was found dead on the train tracks after apparently being hit. In September 2013, a man was hit and killed by a MARC train. And in July 2012, a freight train struck a SUV.

A 2014 NBC investigation found that more than 100 people were killed or injured walking along Washington, D.C. area train tracks “in the past three years.” The network’s investigative team found “frequent trespassers illegally and dangerously climbing over busy train tracks near the road.”

If the council decides to support moving forward with the establishment of a quiet zone, the city staff will submit a letter of intent to the FRA. The full application process is available at www.fra.dot.gov.

Don’t miss a thing: Tools to keep you up-to-date with HL&T