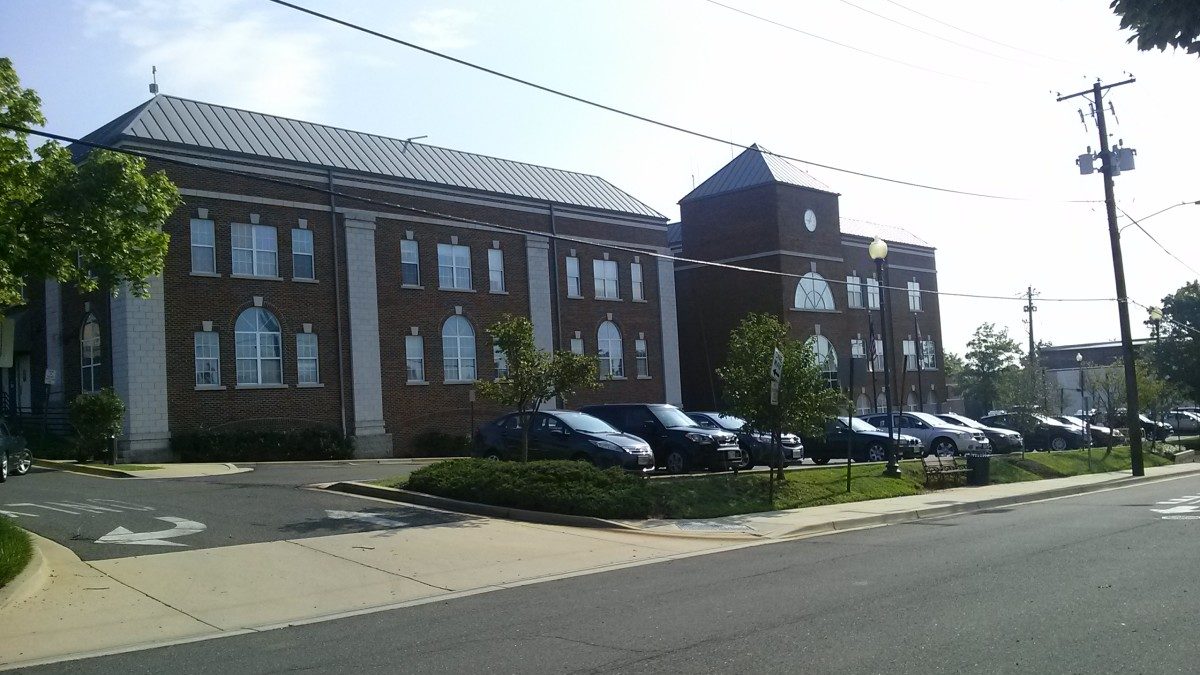 BY REBECCA BENNETT — If the Hyattsville City Council gets its way, residents will be able to park commercial vehicles in their own driveways without paying a fee.

But, the Prince George’s County Code does not allow vehicles with logos larger than four inches to park in residential driveways.

At the July 21 Hyattsville City Council meeting, councilmember Tim Hunt said, “What we have is an absurd situation where anybody can take what would be considered a reasonable work van, pick up truck, (etc.).  Except that it might have advertising or lettering that might run afoul with the county code.”

Under current regulations, residents can park a commercial vehicle in a driveway after applying for an exception.

Hunt said, “If you can park it in your street, I don’t think the city should hassle you about parking it in your driveway, requiring you to pay $50, requiring administrative review…”

“If it’s parked in the driveway, it’s less visible.  So, people are more willing to grant an exception if it’s in the driveway.  Rather, they don’t want it on the street,” said Richard Colaresi, the City’s attorney.

The ordinance under discussion would also limit the size of vehicles that could park in the street.  And, up for discussion Monday was the creation of a commercial parking program.

According to Colaresi, “The on-street parking issue is really pretty much…up to the city’s discretion.  What we’ve done with this ordinance is stop trying to define what is a commercial vehicle…we simply say that if your vehicle is more than (X) feet long, and more than length-for-width, you can’t park it on the street.”

However, the city laws must comply with the county laws, and aligning the two was proving difficult.  Colaresi said the Prince George’s County Council would have to approve the city ordinance before it could take effect.

According to the City’s attorney, “This has to pass the County Council.  The attorneys will look at it and compare the county law with (the city ordinance).”

Hunt discussed passing one ordinance, but putting out administrative instructions that specified when to look the other way about county regulations the City does not want to enforce.

Councilmember Patrick Paschall (Ward 3) said that he was concerned about those administrative instructions.  He asked why the Council couldn’t just write what it wanted in the ordinance.

“We could use the context we have at the County Council and ask them to amend that particular part of the ordinance,” argued Paschall.

Colaresi was not hopeful at the outcome of that legislative avenue.  He said that according to Maryland State law, any city ordinance has to contain all the specifications of the county law before the county council will approve it.

“You need an enforceable ordinance and you don’t have one on this issue.”

Mayor Marc Tartaro weighed in, “I’ve been listening to this argument for 10 years. The opposite side of the argument is that when people buy their houses, they don’t expect to have commercial vehicles in the driveways next to them.”

Councilmember Shani Warner (Ward 2) pointed out that the City of Hyattsville hasn’t been enforcing the part of the code that it doesn’t agree with, and if the city council isn’t interested in enforcing it, she asked why the Council should bother creating an ordinance.

The city’s attorney disclosed that he has personal reasons for pursuing size restrictions on city streets.

“I was in an accident, this child was injured, because this huge vehicle was there.  And, the city never enforced any reasonable regulations,” said Colaresi.

Colaresi went on to way there is a possibility he didn’t see the kid, which is why he is pushing for street parking size limits.

The Council will continue discussion on this ordinance at the August 4 meeting.

Miss Floribunda: Some plants can be put in a a cold frame

Airbag thefts in Hondas on the rise in Hyattsville