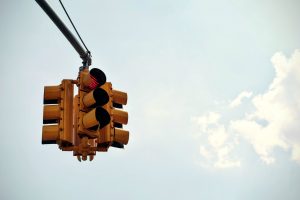 Councilmember Sam Denes (Ward 1), who sponsored the motion, noted that the state law regarding speed cameras has recently changed, and they can now be located in certain residential neighborhoods that aren’t school zones. Their use must still be justified by data from a speeding study or traffic statistics.

While councilmembers were generally supportive of the motion, Edouard Haba (Ward 4) and Joseph Solomon (Ward 5) suggested that the studies to determine locations for speed cameras be done in advance of purchasing cameras. According to Hyattsville Police Chief Jarod Towers, as part of the installation process, the camera vendor will conduct a study to determine if a location will bring in enough revenue to pay for operation of the camera. Then the county or the state highway administration must issue a permit for the camera, and the mayor and council also then have to vote to approve it. Advance warning is also given to residents.

Councilmember Joanne Waszczak (Ward 1) asked for more details on the potential equity issues with speed cameras. She noted the possible benefits from safer traffic and the risks of accruing fines that drivers cannot afford to pay. Towers explained that a ticket issued by an officer for driving 10 to 19 miles over the speed limit costs $90 and comes with two points (points stay on a license for two years; at eight points a driver’s license is suspended and at twelve, it is revoked). Moreover, if a driver does not pay the fine, their license is suspended, potentially leading to an arrest if the recipient drives with a suspended license. A ticket from a speed camera, on the other hand, costs $40, comes with no points and cannot lead to a suspended license or arrest.