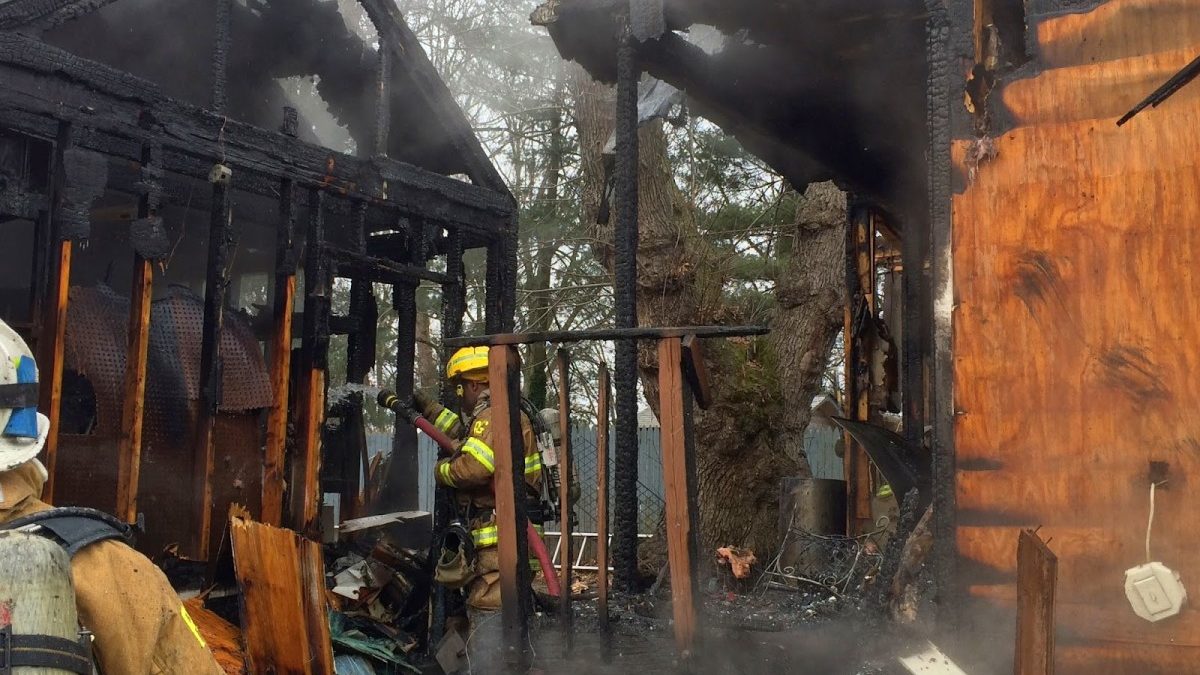 BY REBECCA BENNETT — Updated at 11:25 a.m. According to Prince George’s County Fire and Rescue (PGFD), firefighters responded to a hour fire in the 3800 block of 37th Avenue in Cottage City just before 10 a.m. on Monday. PGFD Spokesperson Mark Brady said there was fire and smoke showing when first responders arrived. He said there were heavy fire conditions and that firefighters protected the houses next to the house were the fire started.

Brady said multiple 911 calls said a person and a dog were trapped in the basement. The two occupants made it out of the house before firefighters arrived, PGFD said, but the family dog did not. The residents are displaced and will be receiving help from the Prince George’s Office of Emergency Management and the Red Cross, according to Brady.

A couple more photos from the 55 house pic.twitter.com/xVfwBjvy3G

“The bulk of the fire was located in the rear portion of the house, including a detached shed which were well involved with fire,” Brady said. “As firefighters battled to knock the fire down other firefighters were searching the structure for anyone still inside despite the intense heat and blinding smoke. Firefighters also extended hose lines to protect the houses on either side of the burning home from the radiant heat.”

Brady said the preliminary investigation indicates the fire started in or around the detached shed in the backyard and then extended into the house interior and attic. with the fire extending into the house. “Fire damage is significant if not total,” he said.

The cause of the fire is under investigation, Brady said.

Masks may come off! Except in school, on trains, buses, planes