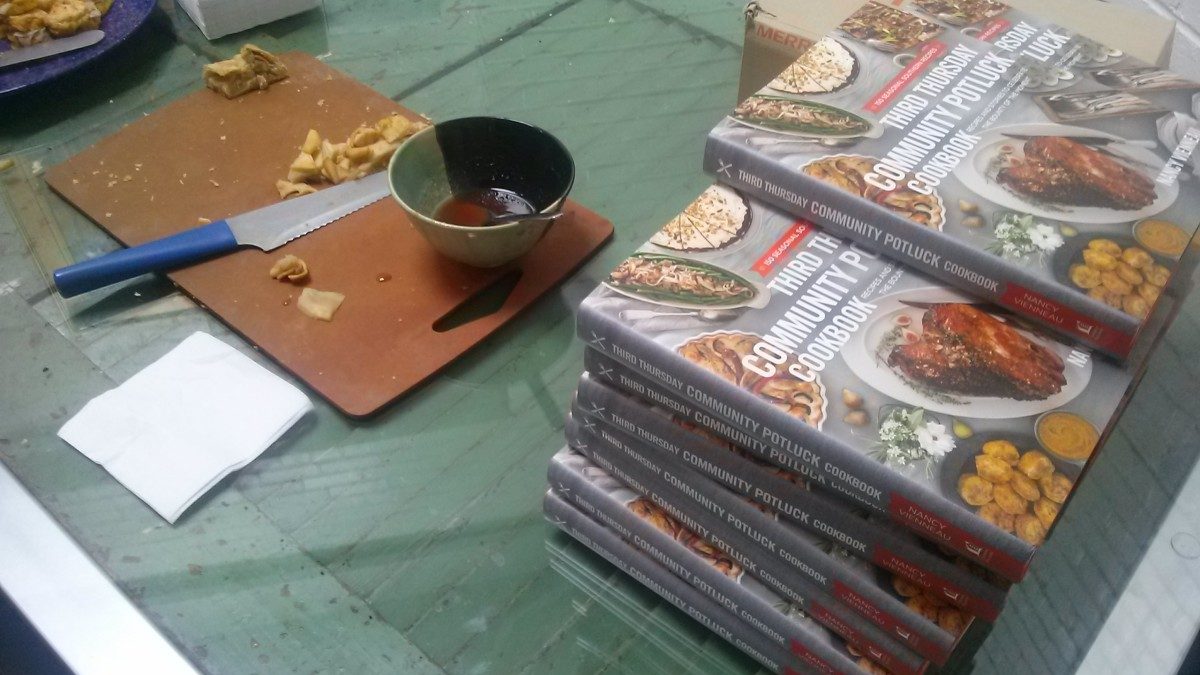 BY REBECCA BENNETT — On Nov. 23, Vigilante Coffee hosted a book signing and recipe tasting event in support of a community potluck cookbook at their Gallatin Street roastery.

Author Nancy Vienneau said she wrote the Third Thursday Community Potluck Cookbook based on recipes that came from her local potluck.

“In June of 2009, a group of us decided to do something a little bit different and foster community by hosting a potluck. So, we started this potluck group on the third Thursday of each month.”

Vienneau said the organizers, one of whom had just started an urban farm and wanted to share food, invited like-minded people from all over the city. They don’t structure the potluck or ask people to RSVP, according to Vienneau, but out of the approximately 100 people on their email list, approximately 30 people show up each month. She said they host the dinners at various houses or even at the urban farm.


“The food was so extraordinary, and continued to be, that I thought this would make a really great cookbook to give people ideas about what they could do fresh and seasonally,” Vienneau said, “for their families or if they wanted to start their own potlucks.”

“[Hyattsville] is all about building friendships through food,” Hyattsville resident Madeleine Short said, who organized the event. “This totally resonates with what the community is trying to achieve.”  Short is Vienneau’s daughter.

Hyattsville resident Kristen Wares, who attended the event with her 18-month-old daughter, bought a copy of the book as a gift. “But it is so good, I don’t think I can give it away,” she said.

Vienneau met with three other food bloggers for the first time at the Hyattsville event who had each been following the others.

“I’m addicted to just reading these introductions,” blogger Tracy Pickle said about the cookbook. “I find they are so warm and community-driven.”

“The photos are just lovely, very evocative,” said Nicole Criss. “I like how it’s organized seasonally.”

Cookbook author Domenica Marchetti said that while the cover indicated the recipes were Southern, they were actually universal.