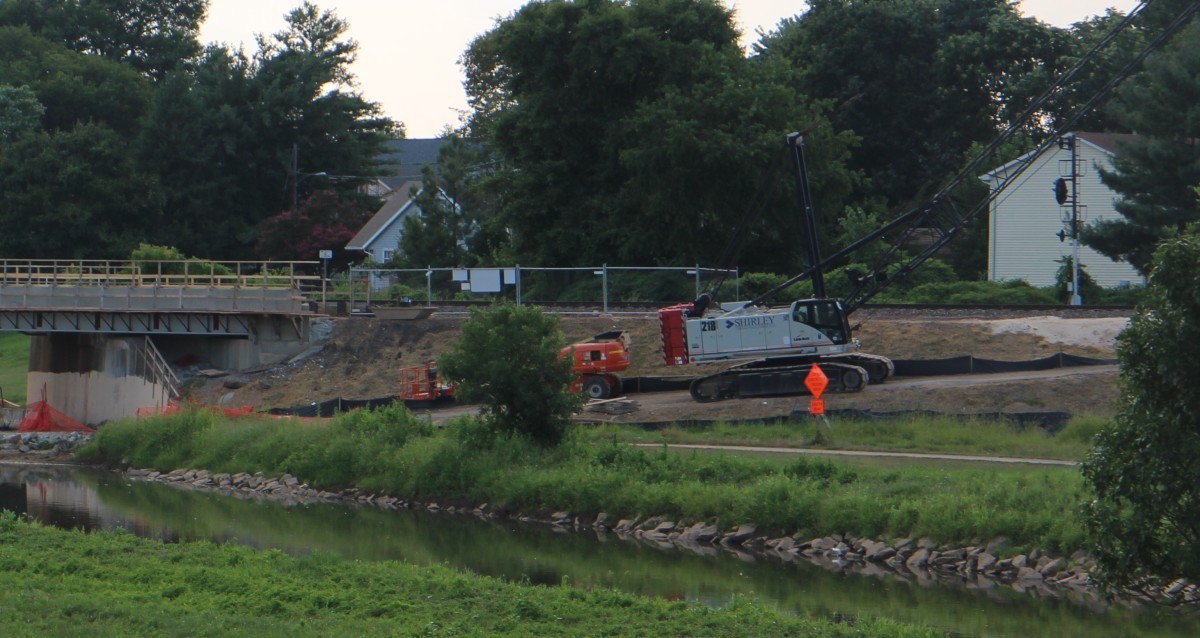 BY SISSI CAO — The Anacostia Railroad Bridge expansion  project that killed hundreds of fish over Memorial Day weekend was settled in July  with a $12,350 penalty.

Though CSX Transportation Inc. held the work permit on the project, Shirley Contracting, a construction company based in Lorton, Va, was handling day-to-day operations. CSX confirmed Shirley Contracting paid the fine, but both companies admitted no liability.

About 600 fish died, said Maryland Department of the Environment (MDE) Deputy Director Jay Apperson. Most were gizzard shad, but there were also about 25 small white perch.

The fish died after becoming trapped in cofferdams, construction devices installed to temporarily reroute the flow of water as part of the bridge-widening project. They are supposed to keep the work area free of fish, but heavy rains over Memorial Day weekend flooded the work area, bringing the fish along. When the water receded, the fish had nowhere to go.

CSX blamed the incident solely on the heavy rains over the Memorial Day weekend in a statement, while Apperson said the insufficient inspection of cofferdams contributed to the kill.

“The company was required to inspect the cofferdams and free any fish that had been collected in water within or around them,” Apperson said.

According to the MDE, Shirley Contracting allegedly violated erosion and sediment control regulations. Specifically, the contractor failed to maintain silt fencing, a temporary sediment control device used on construction sites to protect water quality in nearby rivers, along a pedestrian walkway and stabilize disturbed, inactive areas near the project, Apperson said.

The fine was imposed by the State of Maryland in mid-July, after a complete investigation by the MDE.

“This was an isolated incident and we immediately reviewed our contractor’s plans for ensuring that it won’t happen again,” said Melanie Cost, director of financial and media relations at CSX. “We continue to monitor their performance on a regular basis and have not experienced any incidents since then.”