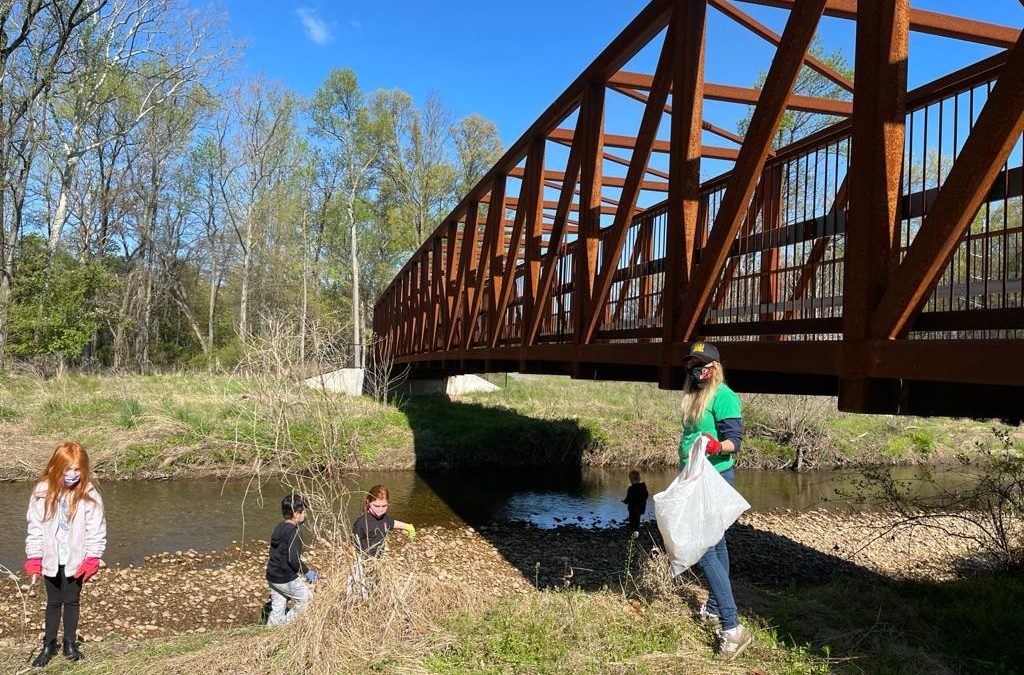 Community comes together to clean up

Over 150 volunteers from eight different organizations took to the city’s sidewalks, parks and trails on April 17 as part of College Park’s annual community cleanup.

“I’m hoping that the event, itself, will bring about a sense of community that’s been lost in the past year,” said Brook Biddulph. Biddulph is with the Hollywood PTA, which spearheaded the event.

“Everybody is advertising, everybody’s helping to spread the word, and everybody’s providing volunteers,” Biddulph said.

The Al-Huda School in College Park was one of the participating organizations. The school recruited around 40 volunteers, including parents and students who live outside the community, according to Shamila Hashim, who is the school’s technology coordinator.

“Close to 100 people wanted to register to volunteer for [the event]. And out of that, we had about 40 people from our school.” Hashim said. “Community service is a big factor that we actually really focus on for our students. We try to get children, especially students, motivated to do something like that, and being able to understand that you have to reach out to everyone.”

City Councilmember Fazul Kabir (District 1) and the University of Maryland’s (UMD) Office of Community Engagement also participated in the event, according to Biddulph.

Kabir noted that even as the pandemic slowed life down for many, it didn’t reduce trash in the city. “I still see lots of spots that will have trash,” he said. “People are still throwing trash in different places, different street corners, on the sides of the sidewalks, and so on … Thankfully the [Hollywood] PTA came forward, and they have been a very big help.”

According to Biddulph, the annual community cleanup was an event that allowed everyone to participate while staying within safety guidelines. The community cleanup has been held annually for almost a decade, but organizers cancelled the event last year, due to safety concerns.

“We tried to organize it [last year,] but because of COVID[-19] restrictions, we were discouraged by health officials, just to not take the risk,” Kabir said.

According to Jose Cadiz, lead coordinator at the UMD Office of Community Engagement, Councilmember Kabir reached out to make sure that the event would adhere to CDC guidelines.

“Councilmember [Kabir] is one of the individuals that is kind of a connection between the university and the city,” he said. “This particular event is really important, because it’s resident-led. Being a good neighbor has a lot to do with just understanding the needs of the community, and who’s better to know the needs of the community than the actual community … this cleanup allows for individuals to be safe, but also to engage in some neighborhood activities.”

While in-person community events during the pandemic have been few and far between, the College Park Community Cleanup was able to bring residents together and revive their neighborhoods.

“We are a very diverse group of people in College Park, so no matter who you are, where you’re from, or whatever the case may be, if you see something in the community that you can help out with, be there to help us,” Hashim said.

Unofficial results: Frazier may be the next Ward 5 councilmember