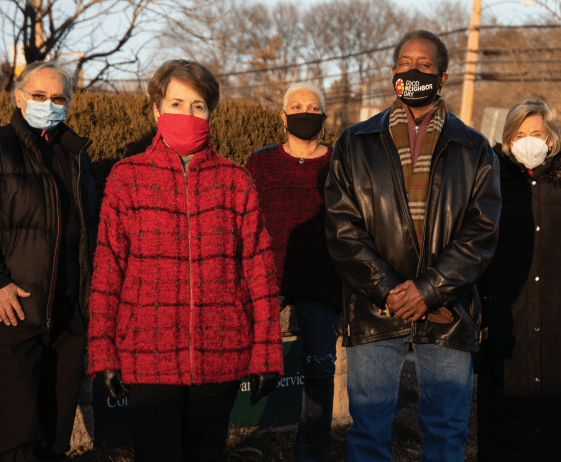 “Don’t let the AARP title fool you,” said Robert Thurston, the 61-year-old chair of the work group. “It’s not just for seniors. It’s to try to improve the community … for all.”

On Sept. 8, 2020, councilmembers passed a resolution in support of the city’s participation in the AARP Livable Communities program and authorized plans to develop a work group.

The Senior Advisory Committee is an advisory board appointed by the city council, Thurston said in an email. The board identifies and recommends matters that support residents’ successful aging in the community to the mayor and council.

“I hope that this process can allow us to maintain unique communities, but also break down maybe some of the silos within the communities by focusing on the city in its entirety,” Thurston said.

According to Thurston, many of the issues communities in College Park face are the same, but residents don’t have an avenue to work together collectively.

The AARP program focuses on eight elements to improve livability for people of all ages, according to AARP’s website. Those include outdoor spaces and buildings, transportation, housing, social participation, respect and social inclusion, work and civic engagement, communication and information, and community and health services.

Residents can consider and evaluate these elements to identify areas for possible  improvement, Thurston said.

Thurston said he thinks the work group’s first focus will be to improve communications between the city government and its residents.

Residents felt there was a good deal of room for improvement in College Park, said Thurston, based on the results of a soft survey. But respondents also reported that there may be resources and support in the community that they weren’t aware of, he noted.

In July 2012, the mayor and city council created a Neighborhood Stabilization and Quality of Life Work Group. Thurston said that the work group brought citizens together to talk about issues and things they would like to see changed in the city.

“However, the one thing that was missing … was a structured process for the citizens to be able to work through their issues to achieve the goals,” he said.

The AARP Livable Communities Program provides such a structure. Thurston described the prospect as a win for the committee.

It provided a way for the committee “to focus on obtaining certain goals that it has, but also see that it can also assist the city in achieving some of its goals, as well,” he said.

“I’m hoping that this engagement with AARP … can help provide us, as the council, with … opportunities to think about how to continue to cultivate that multi-generationality,” he said.

Senior Advisory Committee Work Group Co-chair Bonnie McClellan, who advocated for the program, said she thinks it will “be a feather in our cap.”

“It will be just a greater part of what our city wishes to do,” she said, “which is to attract people who would want to live here and be part of a community. And that would show that we are that community that they might be looking for.”

Thurston said, “The ultimate goal is to continuously improve the city towards … maybe a utopian concept or idea that there is that possibility that the city can be truly livable for all … citizens.”

Grab your reusable bags, the Hyattsville Farmers Market is back