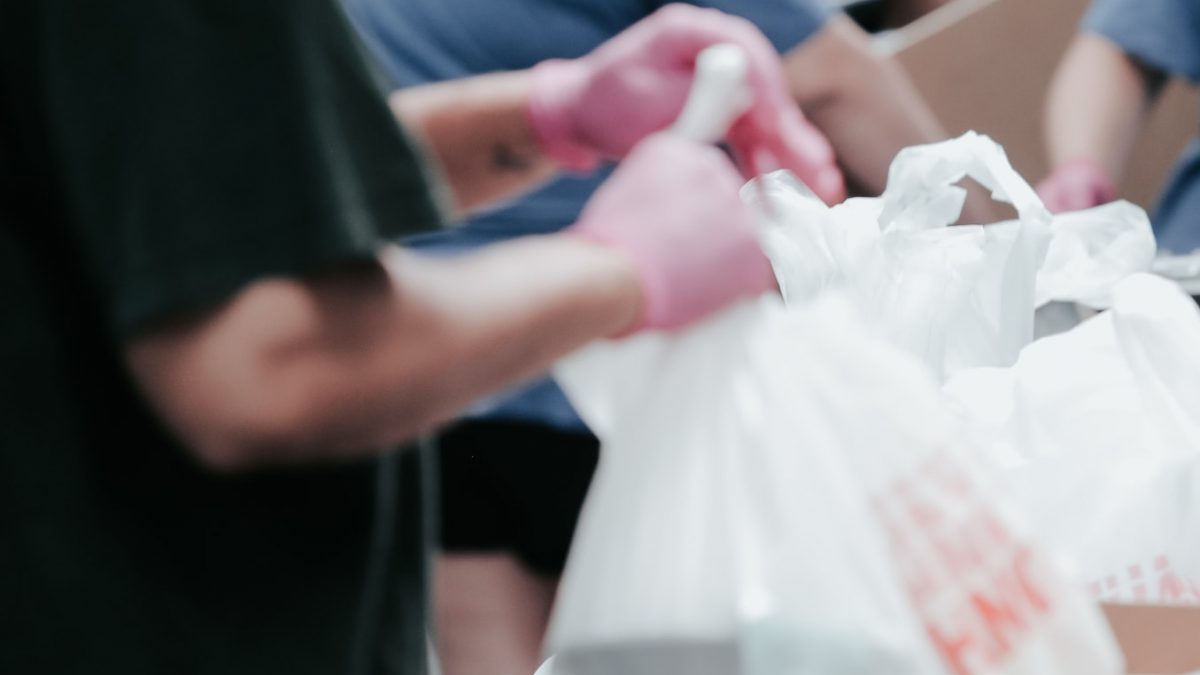 Martin Luther King Jr. Day, a time of remembrance, is also an annual day of service honoring the legacy of the civil rights icon. This year, volunteers gathered at the College Park Church of the Nazarene to take part in the church’s first day of service dedicated to King and to assist the College Park Community Food Bank (CPCFB) in its efforts to combat food insecurity.

Mark Garrett, who is the church’s pastor and CPCFB president, said that the food bank takes inspiration from King, and specifically his words, “Life’s most persistent and urgent question is, what are we doing for others.” Indeed, this quote is featured on the food bank’s Facebook page.

“That’s just not it’s not what we do, it’s who we are. We are committed to serving our community for those who are hungry,” he said.

The College Park Community Food Bank started off as a church ministry, according to Garrett, but has grown larger over time, and is now an entity unto itself.

“It’s the College Park Community Food Bank. It sounds good, but it’s actually true. Half of our board members don’t go to our church. The majority of the volunteers that come to the food bank don’t go to our church … It’s the whole community coming together, even though it started as a church ministry,” said Garrett.

According to Garrett, the CPCFB served between 100 to 150 families once a month before the COVID-19 pandemic, but since March, the community’s need for assistance has only grown.

“When the pandemic began, we started serving every Saturday. We started off [serving] about 200 families, and then it jumped to 250, then 300,” said Garrett. “And, it’s still getting larger every month, our numbers are still growing. Our last non-perishable distribution served [about] 364 families.”

“It has become a vital resource for people,” added Lisa Bartusek, a CPCFB board member who helped organize the event. “The pandemic, in a weird way, has pushed us in a direction that I’ve really always wanted to go … we are able to do way more than we ever did before.”

During the day of service, volunteers cleaned the pantry area, reorganized supply closets and accepted donations, according to Bartusek.

City Councilmember Fazlul Kabir (District 1) was one of the many volunteers participating in the day of service. He said that he volunteered to honor King’s legacy of nonviolence and community service.

“[This service day] is an opportunity to bring the community together and reflect on what Dr. Martin Luther King actually did … through action. Action, meaning community actions and community engagement. So, any kind of volunteer activities that we have been doing … solves [the] community’s problems, [and] it brings people together. It tries to remind [us] what we are for others,” he said.

Garrett attributes the food bank’s success to the generosity of the entire city. Councilmembers, residents and university students, including Bryana Rowley, who is a sophomore at the University of Maryland, all turned out.

“As college students, who often live in a bubble, we don’t really see everything else that may be going on in the local community. So I think this was a nice opportunity for me to give back directly to people right down the street from [the university],” she said.

The food bank welcomes volunteers every Saturday to distribute food. Volunteer spots fill up every week, though, as people step up to serve.

“One of the other volunteers mentioned that [spots] go quick, and they’re hard to get your name in for, so apparently they do have a lot of volunteers … it’s a good thing,” said city resident Ryan Hess. “I live just down the street [from the food bank], and the line of cars that are lined up for the distributions on Saturday … wraps around like a three-block area.”

“I had not been able, in the past, to actually volunteer for the food pantry because those spots to volunteer actually go so quickly … I was excited about the opportunity to sign up on Dr. Martin Luther King’s birthday … I wanted to actually do something and contribute, somehow, on that day,” she said.

Garrett said that new volunteers at the food bank are often inspired by what they experience there.