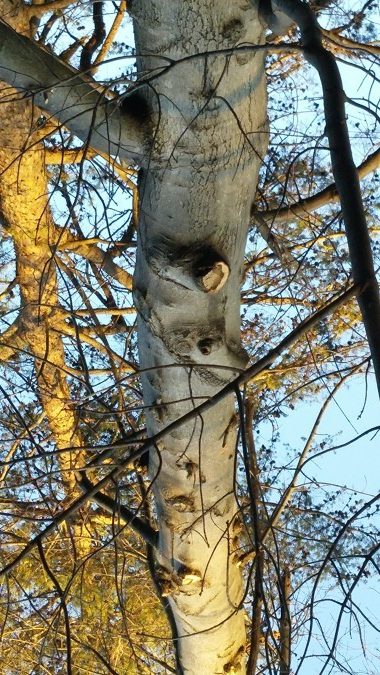 BY CAROLINE SELLE — Pepco’s tree trimmings have been temporarily suspended in the city of Hyattsville. According to city spokesperson Jake Rollow, the power utility’s arborist contractor pruned trees without first alerting the city to its plans.

Hyattsville resident Nina Faye said she heard two large trucks outside of her Queensbury Road home early on Saturday, Dec. 27. The vehicles belonged to Asplundh, Pepco’s arborist contractor, and the crews were preparing to prune trees.


“I asked the crew what they were going to do,” Faye said. “They pointed to all the trees along the sidewalk in front of my house and two neighbors, saying they were going to prune them away from the electrical wires.” Faye said none of the tree limbs appeared to be close to the electrical wires “as they had all been pruned within the last two years.”

“I also stated that when I received notification of pruning in October from Pepco,” Faye said, ‘I phoned and left a message and later spoke live to a young man, telling him they did not have permission to prune my small redbud tree. [The Asplundh crew] said my tree was [still] on the list.”

According to Pepco Senior Media Relations Manager Sean Kelly, “Pepco notifies customers of planned pruning activities no less than seven days before the start of work. We knock on the customer’s door in an effort to obtain approval for the work if we need to prune trees on private property. If no one answers, we leave a door hanger that provides notice of the pending work, includes a name and number to call if there are any questions, and states that we will proceed with the planned work unless we hear back from the customer within seven days.  On the day of the trimming, we knock on the customer’s door again.  If no one is home, we proceed to trim.”

Faye said her experience was not in line with Pepco’s stated practices. “If I had not been physically present, they would have damaged my tree, which I had specifically told Pepco that they did not have permission to prune,” she wrote.

“They damaged several of [a neighbor’s] trees by skinning the bark off limbs with their electric saw … They went to another neighbor, where they pruned branches from a …  birch, which again were nowhere near the electrical wires.” Faye said she thought there was major damage done to that tree, because it has very light wood.

In response to an inquiry about Pepco’s pruning practices, Kelly wrote, “Pepco’s vegetation management work in Hyattsville is necessary to maintain safe and reliable service to our customers. Our work is undertaken to comply with state laws and regulations that mandate minimum clearances between trees and power lines … Tree species, its position in relation to our electric facilities and the line voltage are all factors in determining how much limb removal is required.”

Rollow said the City of Hyattsville “[approves] all tree-trimmings before they occur.” The Dec. 27 incident was not on the schedule. “Upon learning of the situation,” Rollow said, “the City called Asplundh and asked them to stop their work immediately. They did so.”

“The City remains concerned by the lack of communication and some of the pruning standards,” Rollow said.

For one local pastor, same-sex marriage is a matter of hospitality

City to pay $30,000 for emergency snow removal during blizzard