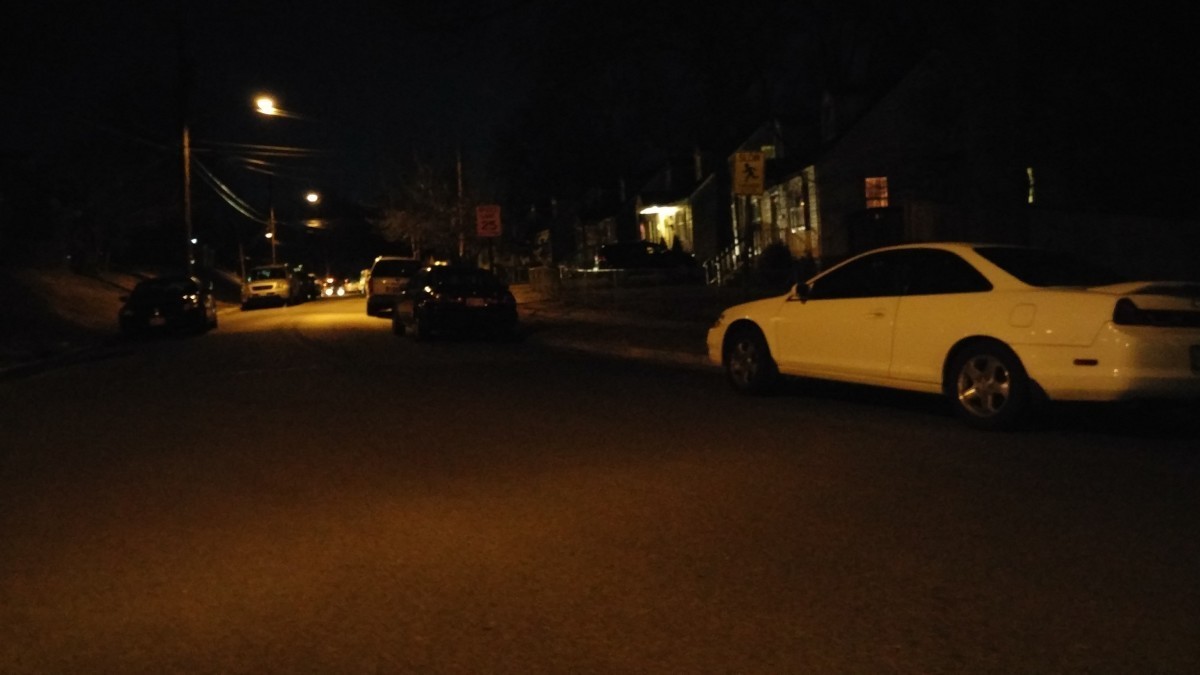 BY REBECCA BENNETT — On Jan. 20, staff from the City of Hyattsville solicited feedback from the Hyattsville City Council on near-term proposed changes to the residential parking program. Early ideas include requiring parking permit renewal every two years, reducing the grace period to park unpermitted in a residential parking zone from two hours to 15 minutes, and limiting the number of street parking permits per household.

“Our focus will be to ensure that the program is effective for both residents and their guests, while also ensuring that the program can be administered by the city,” Chandler said. “Understanding it’s not one particular issue, but a series of issues that’s creating this problem.”

Chandler said these changes would only apply to areas that have existing residential parking zones in place.

“The biggest issue for us is that there is no way to keep track of [existing residential parking] permits after the car has been disposed of,” Chandler said, adding that there are more permits in play than can be supported by city streets.

“You’re thinking about the right problems to resolve,” Councilmember Patrick Paschall (Ward 3) said. “Some of these are going to work really well, and some of them aren’t.”

Thanking city staff for taking a fresh look at the city parking situation, Councilmember Edouard Haba (Ward 5) said the majority of resident complaints he receives are about parking.

“If it exists in another municipality, great,” Hollingsworth said, in reference to the suggested visitor pass policy coming from what city staff called a successful program in College Park. “But if it requires us to think about parking other than what we currently see, I think that might be better.”

Daniel Simon, owner of the Palmer Building which houses Vigilante Coffee, said he encourages the city to look at innovative technologies and ideas for parking, including a parking benefits district that would take meter funds and use them to encourage people to walk, bike, or use transit.

Mike Franklin, owner of Franklin’s Restaurant, Brewery and General Store, said when it came to addressing needs of the whole community, “I would like to see a series of public charrettes about parking facilitated by outside experts in the parking field.”

Ward 5 resident Andrew Bishop said he has been working with the city to resolve issues on his street. “Residents often park along both sides of the street and because of the narrow right of way and drive aisle it makes traversing the streets difficult at times,”  he said, adding that there have been multiple instances of emergency vehicles not being able to get through and parked cars being hit.

“Most of Hyattsville’s neighborhood roadways are fairly narrow and were not intended to support the relatively high quantity of cars that we see today,” Chandler said.

Relaying the tense parking situation on her street, which borders a residential parking zone, Cate Devereux said neighbors go through a lot of trouble to be able to park their cars in front of their own houses. She said neighbors have to park close to avoid tickets, but that leaves others wondering if their cars were bumped in the process.

Devereux also said residents in her corner of the city park on the street instead of in their own parking spaces.

It is a problem Bishop noticed on his street, too. “I’ve noticed that many residents do not use their driveways, and park their vehicles in the street,” Bishop said, adding that it appears many cars are unregistered or use guest tags for extra resident parking.

Ward 2 resident Melanie Mueller said her street is not a part of a residential parking zone, but her family struggles with street parking. “When we do add a second vehicle to our household, it would be nice to be able to park at least close to our own house because I will be carrying a heavy baby and grocery bags, diaper bags, and all the gear that goes along with life,” she said, citing that most people on her street have driveways.

“Areas without driveways are going to be the most challenging of areas because of the physical limitations, which naturally create a higher demand for on-street parking,” Chandler said. The city is considering limiting the number of permits on a street based on the physical space available, Chandler said.

At the council meeting, Hunt addressed the proposed reduction of permits based on how much off-street parking a resident had. “I think that’s ridiculous. … Just because someone has a drive way, why would you legislate that they could get a certain number of parking permits?”

Also poised to restrict the number of available parking spaces is an unrelated, proposed limitation being discussed in the code compliance advisory committee that would require three feet of space on either side of a driveway. “We have had a number of instances of cars parking too close to the curb-cut making it difficult for a vehicle to safely exit and enter a driveway,” Chandler said.

“Looking at parking, and speed and pedestrians, also requires us to use a paintbrush on it with yellow paint brush to actually remove parking to [prevent bad blindspots],” Mayor Marc Tartaro said.

One cause for concern for residents and business owners is the parking grace period for residential parking zones. The city said it currently operates with a two-hour grace period in a for cars parked without permits, but staff want to reduce that window to 15 minutes.

“Parking staff is required to ‘chalk’ the vehicle in question and then come back to the vehicle after the two-hour window has expired,” Chandler said. “Several factors including availability of staff and the enforceable hours limit our ability to issue citations for violations.”

Councilmember Tim Hunt (Ward 3) said he thought reducing two-hour parking to 15 minutes was too short. “I’d like to hear the rationale behind that,” Hunt said.

“I feel I should have the right to have at least a small gathering of friends at my house occasionally,” a University Hills resident said. “I have only two parking permits. That means legally only 2 guests can come to my house at a time.”

Matt Barr lives in an unrestricted section of Ward 2 and said four of the five young adults living at his house own cars, but the driveway only has room for two of them. “If we needed permits and there was a limited number of permits available for the household, it would cause significant problems for households like mine,” he said.

A city memo stated problems exist with residents using the grace period next to commercial businesses or to dodge getting a permit.

At the Jan. 22 code compliance advisory committee meeting, Yoga Space owner Gloria Felix-Thompson said, “Within that permit parking [on Gallatin], you are allowed to park for two hours, which is what allowed Yoga Space to exists there. If they shorten the residential time you can park there, then we are dead in the water.”

“With respect to Yoga Space, I think they are in a unique position that is really the exception to the rule,” Chandler said. “My primary focus is to create an environment for businesses to be successful and we would not want to in any way jeopardize their operations. That being said, I do not believe that an exception should dictate the framework for the policy citywide.

“We want to be friendly to people visiting Hyattsville. You don’t want to slap them with a ticket their first time here,” Simon stated. Simon was also in favor of a warning and cited that visitors to the city are less likely to come back after receiving a parking ticket on their first visit.

But some residents say the current two-hour grace period isn’t always observed in their experience, which can lead to a fine or an inconvenient date in court.

Hyattsville Resident Carolyn Miller said, “When I was pregnant and on bedrest, a friend brought me some food. She got a parking ticket in the time it took her to come in and drop off the food.”

Ward 1 resident Janis Sloane said a friend was visiting a house on 43rd Avenue and received a ticket when he parked there for less than an hour.

“It was explained to me that my only choices were to go to court … or pay the $35,” one historic district resident said. Thinking there was a mistake when a guest was ticketed for parking less than 30 minutes, he said he offered to resolve the matter.

“I am not aware of any vehicles being ticketed for parking in a residential zone for 30 minutes. If an individual believes that they received a ticket and were within the two-hour period, they can contest the ticket,” Chandler said.

City staff said in a memo that missing, faded, and inconsistent signage is a problem in regards to the residential parking program. Hollingsworth said the priority for her was the inconsistency and overlap in parking signage.

Chandler said the topic would likely be in front of the council for discussion again in March or April.

“The longer we wait to make changes, the longer we have some residents and residential zones that are really living with a parking situation that is frustrating and negatively contributing to their quality of life,” he said.

Hyattsville Life and Times, 10 years ago 5 min read
Beyond Hyattsville