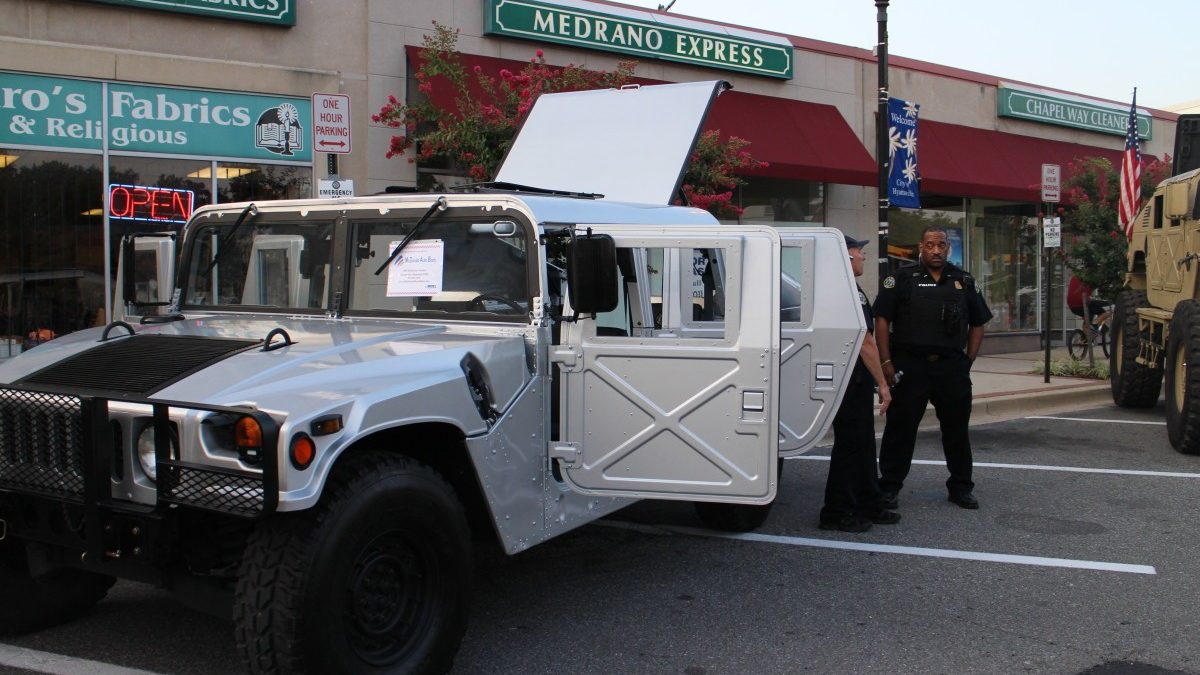 The Hyattsville Humvee debuted at the National Night Out Against Crime on August 5, 2014. Photo courtesy Susie Currie.
Government

The renewed-and-improved Humvee made it’s debut at National Night Out on August 5.

The question of whether or not to accept the free military-surplus High Mobility Multipurpose Wheeled Vehicle  (HMMWV) faced the City Council in January where councilmembers debated the message acquiring a Humvee would send to the community.  The Council ultimately voted to approve acquiring the vehicle.

According to Hyattsville City Police Chief Douglas Holland, the Humvee could be used to improve the City’s response to snow, rain, flood, or off-road situations.  He says the vehicle is not intended for everyday, routine patrols.  It would also be on display at public events such as National Night Out and Truck Touch.