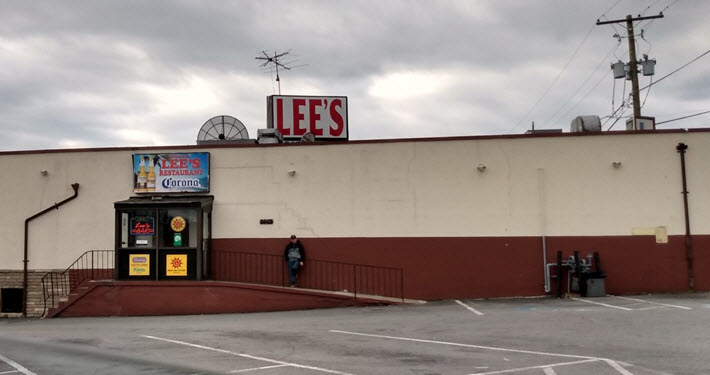 By SOPHIE GORMAN ORIANI — At the city council meeting of Jan. 21, the council approved a motion authorizing the mayor to send a letter opposing the transfer of Lee’s Liquor’s liquor license. Lee’s Liquor has applied to transfer their liquor license from 2903 Hamilton Street to a new location in the former Pizza Hut building at 5350 Queens Chapel Road.

The city requested the denial of the license transfer for a number of reasons. The motion raises concerns about the number of violations of Maryland law in the vicinity surrounding the current location of Lee’s Liquor, “in-part due to the applicant’s lack of proactive management and inability to responsibly manage point of sale.”

The city listed several requests, including changing the proposed name of the new store from Liquor Hut to Hyattsville Fine Wine and Spirits, shortening its hours of operation, and complying “with site design standards consistent with both the West Hyattsville Transit District Development and Crime Prevention Through Environmental Design.”

Joseph Solomon (Ward 5) seconded the motion. “We had a … productive call with the applicant, and it was enlightening in some ways but also slightly disheartening in other ways, so I think that the motion reflects honestly … the outcome of that call,” he said.

Jim Chandler, director of Community and Economic Development, clarified that “our understanding, based on the discussion we had with the applicant last week, is the liquor store use is being transferred to the new site. The existing restaurant … and bar will cease to exist. The new location, which is substantially smaller than the existing location, cannot support all three programmatic uses.”

Daniel Peabody (Ward 4) said, “This is a good motion. I appreciate Chief [Amal Awad’s] efforts in describing in data what I have heard from many of my constituents in Ward 4 about concerns of inappropriate behavior and crimes spilling off Hamilton Street and into the neighborhoods.”

A report produced by the Hyattsville City Police Department shows that 18% of all the department’s arrests and 10% of the calls for service come from the area around Lee’s Liquor.

An attorney for Lee’s Liquor sent a letter in response to some of the city’s concerns, agreeing, among other things, to amend the proposed name to Hyattsville Fine Wine and Spirits and to “become a more active business partner with the City of Hyattsville and its citizens.” Edouard Haba said, “generally speaking it looks like they did agree to … most of the six points that were raised by the city,” and suggested that the city could protest a renewal of the license next year, if necessary.

Hollingsworth said, “There is very little that the city has to go on that demonstrates that we will have an active partnership with the establishment to address some of the known and … potential concerns in that area. Much of the language … , at least in my opinion,  … is still very wishful and hopeful.”

The license transfer hearing is Jan. 28. The agenda published on the website of the Board of License Commissioners still lists the proposed new name as Liquor Hut.

Expressing her support for requesting a denial of the license transfer, Hollingsworth said, “I think the very fact that we’re talking about how much security … we need to have for a business is absurd. That’s not the type of conversation that we want to have when we’re talking about business in the community.”

Residents give input on ‘community choices’