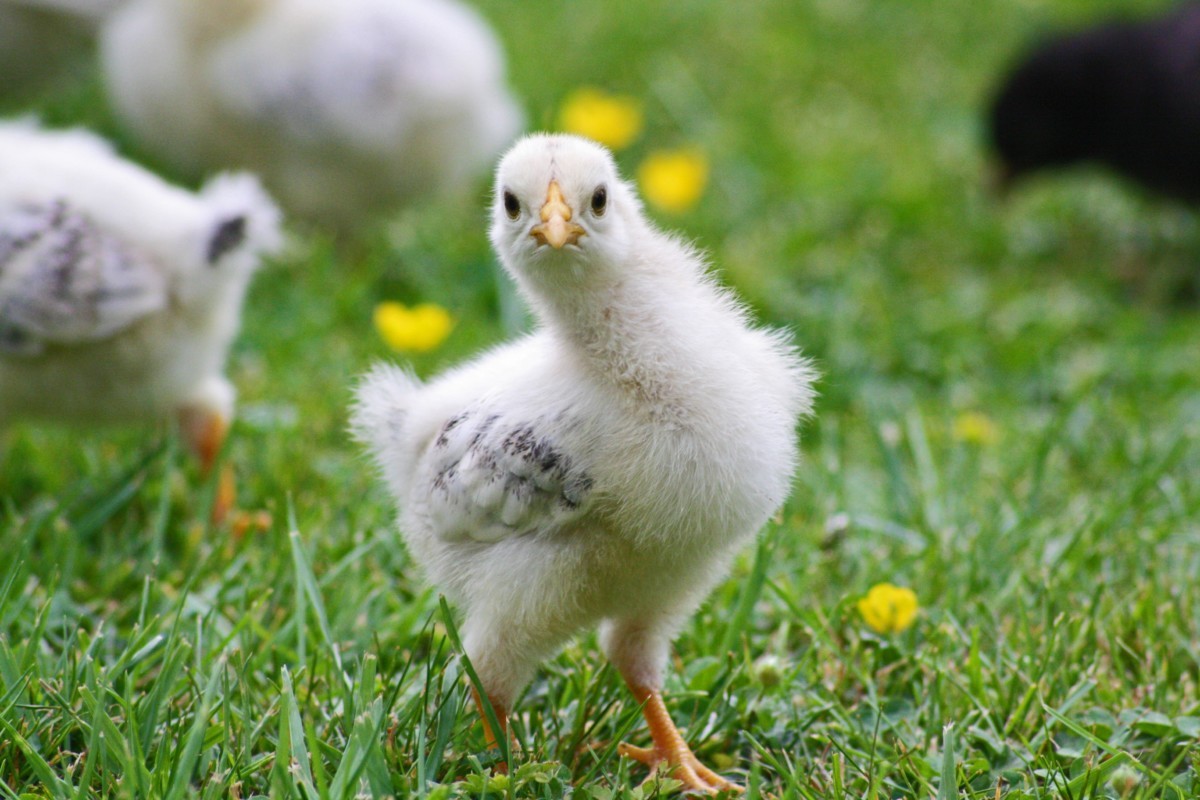 Luckily, nobody tried at the Jan. 21 city council meeting when Councilmember Danny Schaible (Ward 2) introduced an amendment to Chapter 52 of the Hyattsville Charter and Code that would strike the prohibition against backyard fowl in Hyattsville.

“You know, I almost chickened out to come here and testify for this bill,” said Greg Smith during the public comment portion of the meeting. “But I was feeling a little cooped up and didn’t want to duck my civic duty and be a turkey.’

The Backyard Chicken Act is the latest chapter in the grassroots effort of many Prince Georgians to make the county more friendly toward urban farming. Schaible said the issue came to his attention when he was canvassing the neighborhoods during election season last spring.

“I was … going around knocking door-to-door and hearing [about it] from several people. It’s sort of a surprising topic. There are a lot of passionate opinions about it in Hyattsville,” said Schaible.

Many of the residents who spoke at the council meeting argued that backyard hens improve health and sustainability for individuals and communities.

“Raising domestic fowl and poultry yields a lot of rewarding things, including offering a glimpse at what small-scale sustainability and farming looks like, [providing] a healthful means of accessing food at a local level, and also forming very valuable fulfilling relationships with animals and truly understanding that entire food cycle,” said Bridgette Comanda.

Schaible agrees with one resident who suggested that backyard chickens have a way of fostering friendships between neighbors.

“I lived next to a woman who had a number of chickens, and I would say it’s a community builder,” said Schaible. “She would barter her eggs, [and] if she was out of town, she needed someone to come feed and water her hens — I think it sort of supported community interaction and provided a little bit of a taste of self-reliance in the community [as well as] local sustainability and agriculture,” he said.

Some residents, however, expressed skepticism about the benefits of backyard fowl.

Deirdre Dorsey cited “the noise, the waste … the smell” as problematic and argued that the birds’ feed would attract pests and rodents.Kurt Brintzenhofe wondered whether backyard chickens would lead to an increase in salmonella in local schools as a result of “improper student hygiene after feeding or cleaning up after domestic fowl.”

Brintzenhofe also raised the primary concern of the council: Who would regulate the birds?

If Schaible’s amendment passes, the city will lift the ban on backyard fowl, but the county’s prohibition will remain legally binding. Essentially, the city would agree to turn a blind eye to backyard hens, leaving the county to enforce the code themselves. Schaible compared the measure to the city’s silence on the legality of pit bulls, which are prohibited by county law (Sec. 3-185.01).

“[This amendment] will not make raising chickens in Hyattsville legal because county code trumps city code,” clarified Schaible. “[Rather,] anyone who took the personal gamble to raise hens in Hyattsville wouldn’t have to worry about Hyattsville code enforcement doing anything to intervene with that; that would become strictly a county function.”

One disadvantage to striking the ban from the books is that the city wouldn’t be able to regulate against bad behavior. Residents who complained to the city about a neighbor’s dirty coop or “free range” chickens wandering into their vegetable gardens would have to wait for the county to intervene, which Jim Chandler, director of Community and Economic Development, said could take a very long time.

“Generally, in dealing with the county in different areas, either we don’t hear from them, or we repeatedly follow up and [the complaint has been] closed out, and it’s unclear what the action was …. I don’t have a high degree of confidence that they would respond in a timely manner to this particular issue,” he said.

“What else are we signing ourselves up for?” wondered Solomon. “When I first read over the motion, [I thought] maybe people wanted chickens as pets, but then I hear people talking about them as food sources and distributing eggs throughout the City of Hyattsville, which raises a bunch of concerns,” he said.

Councilmember Edouard Haba (Ward 4) said that he would be in favor of sending a letter to the county asking them to repeal their own ordinance so that Hyattsville would have the ability to regulate backyard fowl within the city.

“For me, personally, I think we should … lobby the county to change the underlying laws so that we will have the mechanism [of] having something that is safe for everyone because we have to take into account all residents’ concerns,” he said.

Prince George’s County is the only county in the DMV that has a ban on backyard chickens. Counties Anne Arundel, Baltimore, Howard, and Montgomery, as well as nearby municipalities like Annapolis, Baltimore, Rockville and even Washington, D.C., all permit residents to raise backyard fowl under a variety of regulations. Montgomery County, for example, requires chicken coops to be at least 100 feet from neighboring property, and many municipalities ban roosters outright.

Keeping backyard fowl hasn’t always been illegal in Hyattsville. For most of the city’s history, residents could obtain a permit to raise domesticated birds like hens or ducks. In 2004, however, the Code Compliance Advisory Committee found several discrepancies between city and county laws and encouraged the city to nest itself properly within the county’s jurisdiction. The city council president and chair of the committee at the time, Stuart Eisenberg, defended the proposed prohibition against backyard fowl on the grounds that the “permitting process wasn’t being applied consistently, leading to a concern about liability due to discriminatory behavior.”

A group called Prince George’s Hens, established in 2010 and largely based out of Mount Rainier, has been petitioning the county for years to reconsider its ban on backyard fowl. Their most recent attempt to influence the county occurred in 2016, when the county overhauled many of its zoning laws. The county upheld the ban, however.

The group expressed its frustration with the setback on its Facebook page.

“We have been disheartened, and I think we need to both regroup and develop more involvement if we are going to ensure resident [sic] of Prince George’s County can legally raise poultry,” reads a post from February 2017.

The group encouraged its Hyattsville residents to attend the Jan. 21 meeting and speak out in support of Schaible’s bill.

In addition to sending a letter to the Prince George’s County Council asking them to reconsider the ban on backyard fowl, Schaible said he’s hoping to bring the act to a vote at the next city council meeting on Feb. 3, though the agenda has not yet been officially determined.