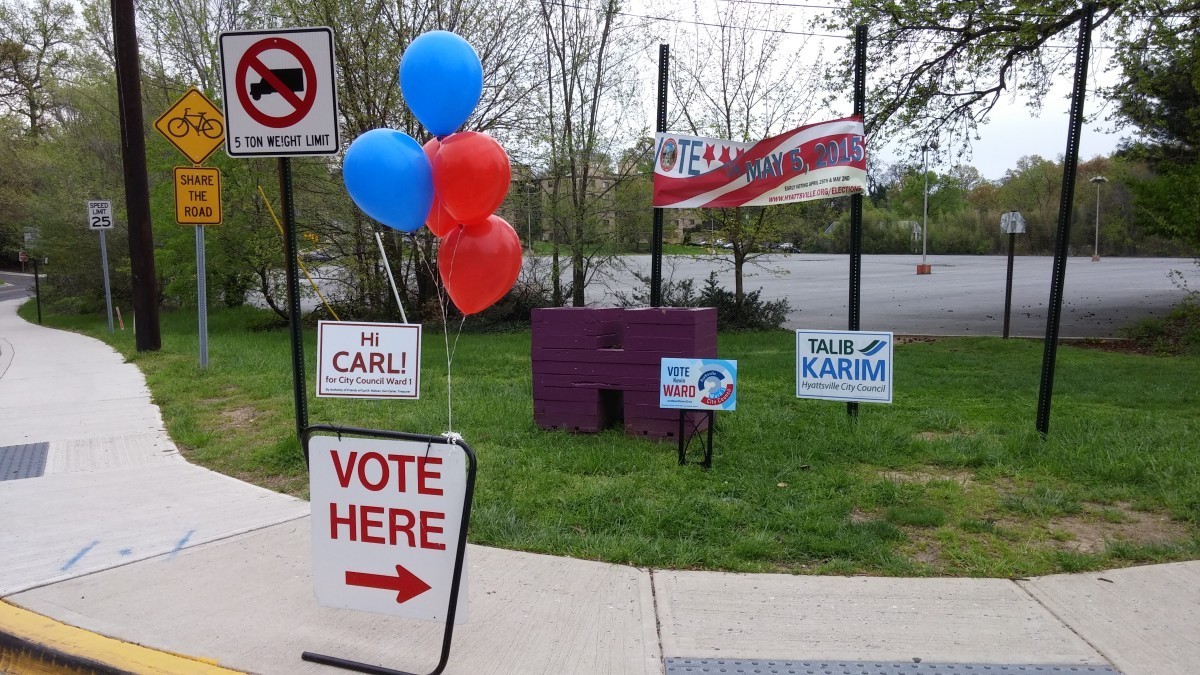 BY REBECCA BENNETT — Updated on May 4 at 7:12 a.m. with number of early voters.  Cool temperatures and other city-sponsored events did not keep away the voters for the City’s of Hyattsville’s first early voting day.

“Turnout was better than expected,” City Clerk Laura Reams said, who later told the Hyattsville Life & Times that 175 residents came out to vote on April 25 and 185 voted on May 2.

Unlike May 5, where residents from each of the five city wards will vote at four different polling locations, residents who entered Magruder Park Saturday were greeted by a sea of campaign signs from candidates of several wards.  Additionally, a contingent of candidates spent the day talking to the residents who showed up to vote.  City Clerk Laura Reams was on hand to greet voters. Volunteers handed out balloons to kids.


The first 16- and 17-year old voters in Hyattsville’s history cast their votes Saturday. The very first being Sydney Smith, according to the City of Hyattsville, who is the son of Ward 1 candidate Kevin Ward.  Rebecca Gitter said her son, 17-year-old Nate Groves, was the second.  Catie Currie was the third such historic voter, according to her mother, Susie Currie.