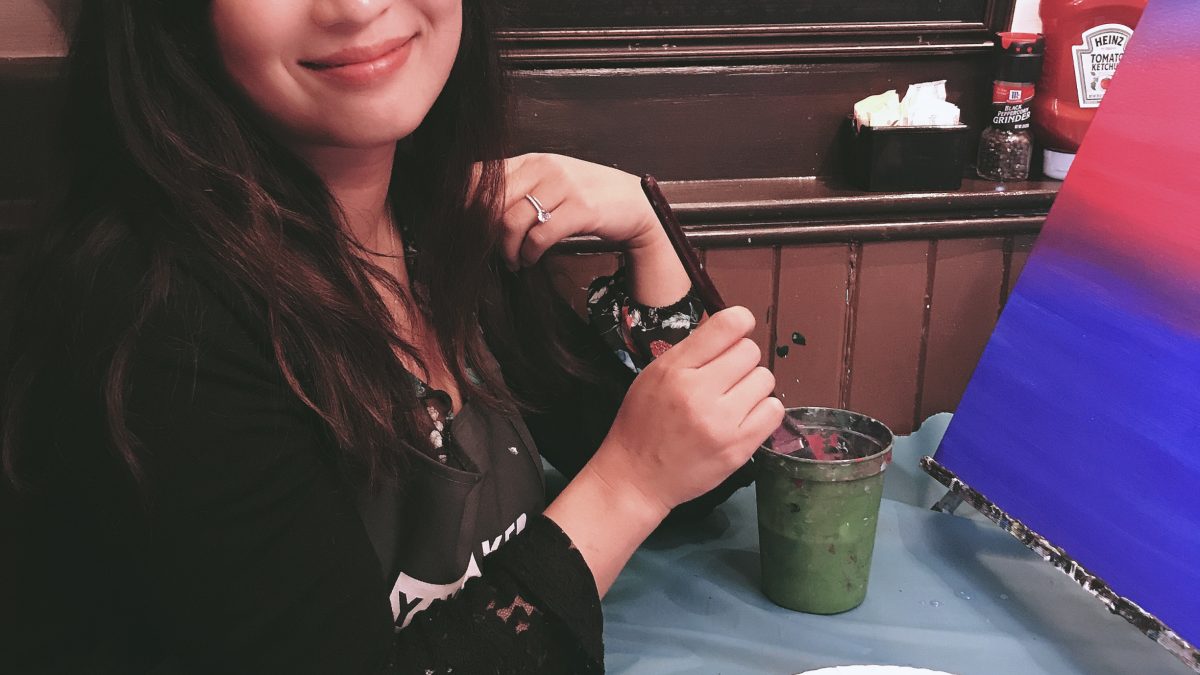 Jessie Chu was born in Beijing, China, into an upper middle-class family.  Since her parents were very career-oriented, Chu lived with her grandparents and would see her parents every two weeks. Born during the initial years of China’s one-child policy, Chu recalls the pressure she would feel from her parents growing up. “The first thing they would ask is how were my grades. They expected me to excel in all classes. Because they had such high standards for themselves career-wise, they also had great expectations for my own future. My mom famously worked very hard managing hundreds of employees within the company she worked for. She imparted upon me the importance of being independent and having a stable job. I had eight cousins, and I had playdates [with] them every few weeks, but I still felt lonely growing up and always imagined that I’d have a big family of my own with many kids.”

Growing up under the Communist party and the time of economic growth in China shaped Chu’s desire to travel abroad and experience other sociopolitical systems. One early memory was during the Tiananmen Square protests in 1989 during which her uncle, a professor at a military university, led a group of students to protest. “He was arrested and lost his job, his home, his wife. My uncle was outspoken and wanted to do the right thing and see democracy. He eventually became a successful businessman. That demonstrated to me there are multiple paths toward success apart from being first in class.”

While studying in Beijing, Chu did an internship for an Italian company, which eventually led her to Perugia, Italy, where she studied and worked for seven years. “I had a great time in Italy and made a lot of friends. Since there were few Chinese people in Perugia at that time, people were interested in getting to know me and learn about my culture.”  After completing an Italian language course in Perugia, she stayed on to complete an undergraduate degree in mass communication. “Because of my language skills and background, I eventually got hired to coordinate multiple overseas educational missions for Italian professors and rectors to travel to China.” This experience provided even more opportunities for Chu, even after she returned to Beijing for a few years before moving to the U.S., as she continued to be an educational and cultural liaison between China and Italy.

Her experience in Italy also mitigated the culture shock in transitioning to the American way of life after moving here to the U.S. in April 2015. Chinese culture focuses on obedience and being reserved, but living in Italy during her early adult years helped Chu become a strong-willed, more independent woman. Nevertheless, she was surprised by the amount of diversity in America and the degree of Americans’ individualism.

Chu credits her professional success in Italy and the U.S. to the strong work ethic instilled by her parents and her ability to connect easily with people across cultures. She says her personal approach is different from traditions in China, which rely heavily on “guanxi,” a tight network system that is the fabric of social and professional life. Chu states “In China, relationships are more about trust and the guanxi between parties than formal agreements like contracts.”

Chu now feels that she has adapted well to American life and enjoys living in Hyattsville, where she resides with her Australian fiancé and their blended family of four children. “In the beginning, I felt like I was stuck here, but I have grown to like it. I feel very safe having my kids walk around on the street. I like living with so many diverse people. My neighbors are from all corners of America, South America and Northern Africa. I like the small town feel and how officials are actually serving the people and [trying] to make the community better.” As a Catholic convert, Chu and her family are also a part of the parish of St. Jerome Church where they attend mass and where their children go to the parish school.

Chu admits to missing her family, particularly her 94-year old grandmother, authentic Chinese food and gardens, but does not see herself moving back to live in China. “I don’t have plans to return to China because the education system here has more opportunities for my children. Also, I really appreciate the cultural diversity and equality.”