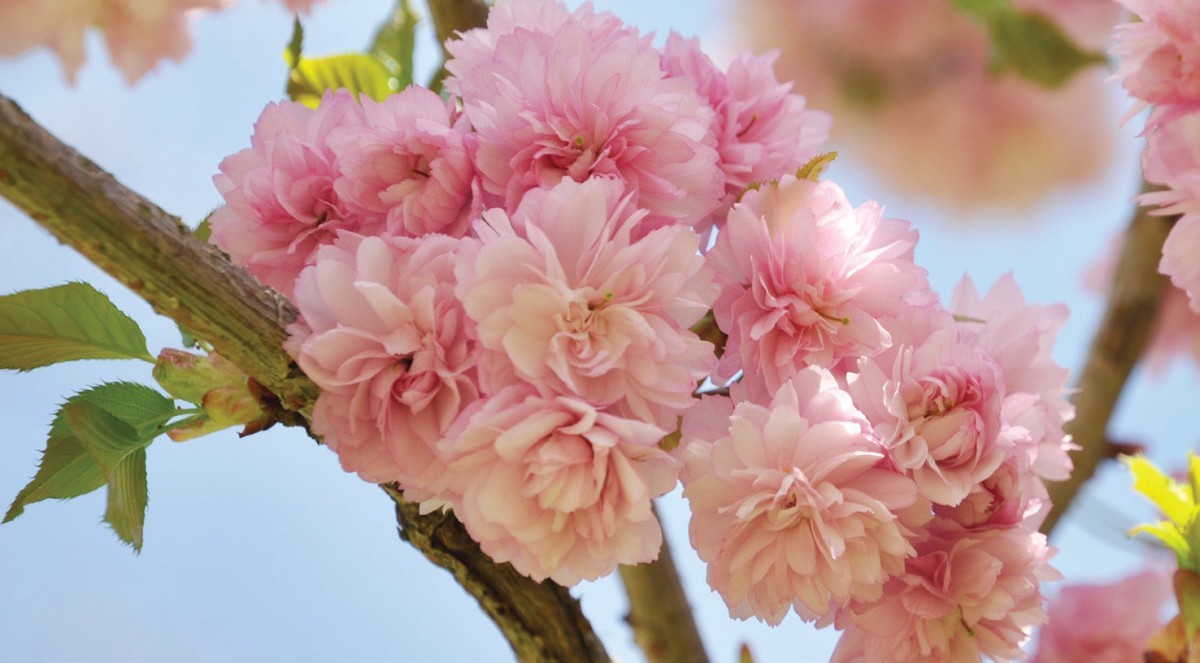 Kwanzan cherry trees have a short life span — 25 years at most.
Lifestyle

We moved to Hyattsville for many good reasons, but we chose our home primarily for one reason —the magnificent cherry tree in the front yard. It was in full bloom when the realtor first brought us to see it, and the fluffy pink blooms were breathtaking. They are a deeper pink and have many, many more petals than the cherry trees at the Tidal Basin. We’ve been told it is a Kwanzancherry. Although we don’t get fruit from it, the foliage is beautiful in summer and colorful in fall; it is just the right size, about 30 feet tall; its satiny gray bark and  graceful habit make it attractive even in winter. It has been trouble-free for three years.

The problem is this: There are growths on one of the branches that look and feel like flat stones jutting out horizontally. We wouldn’t worry too much, except that the branch has lost all its leaves. What is causing this? Will it spread? What should we do?

Caught in a Kwanzan Quandary on Queensbury

Dear Caught in a Kwanzan Quandary,

Those growths are called bracket, or shelf, fungus. My Cousin Moribunda tells me they are not the branch’s cause of death but rather come opportunistically afterwards.  Although any number of things could have killed the branch, the main problem is that your tree may be nearing the end of its expected life cycle.  Moribunda tells me that Kwanzans are short-lived trees, living from 15 to 25 years at most. Yours must have been full-grown when you bought your home, and given the size probably at least 10 years old.

She suggests you plant another to serve as a backup for the time when this one goes the way of all foliage. You might try the back yard, if it does not face a street. Kwanzans are not fussy trees and can even withstand some drought, but they hate pollution. Moribunda speculates that perhaps fumes from the traffic going by in front of your home have been harmful. She also wonders if there weren’t other symptoms you didn’t pay attention to, such as mottled leaves, powdery mildew, black knots or the sappy ooze indicating the borers that plague cherry trees in our area.

Here’s a little short-term hope.  Remove the dead branch right away and look to the general health of your tree.  It may need feeding, or perhaps there is a drainage problem. Inspect the rest of the tree for insect damage or other symptoms of disease that might spread. As early as possible next spring, you should spray the tree with water and horticultural oil (preferably plant-based rather than petroleum-based) to smother insect eggs, viruses and disease-causing bacteria that have overwintered. Although there are “summer oils” that can be used after the dormancy period, the heat of our climate makes it inadvisable due to potential scalding of green growth.  Given the size of your tree, spraying could be quite a job. You may not think it worth the effort if your tree is ending its normal lifespan.

Although it may be small comfort indeed, I can’t resist adding this tidbit: Those stone-like fungi do have a use. Some craftspeople carve them into attractive jewelry.

There will be no meeting of the Hyattsville Horticultural Society in July, but please send any queries to floribundav (at) gmail (dot) com.

From the Editor: I will not let fear take the trails from me

Science of the City: Why Prince George’s is the Future of Firefighting

Hyattsville participates in “Cops on Rooftops” for Special Olympics this weekend