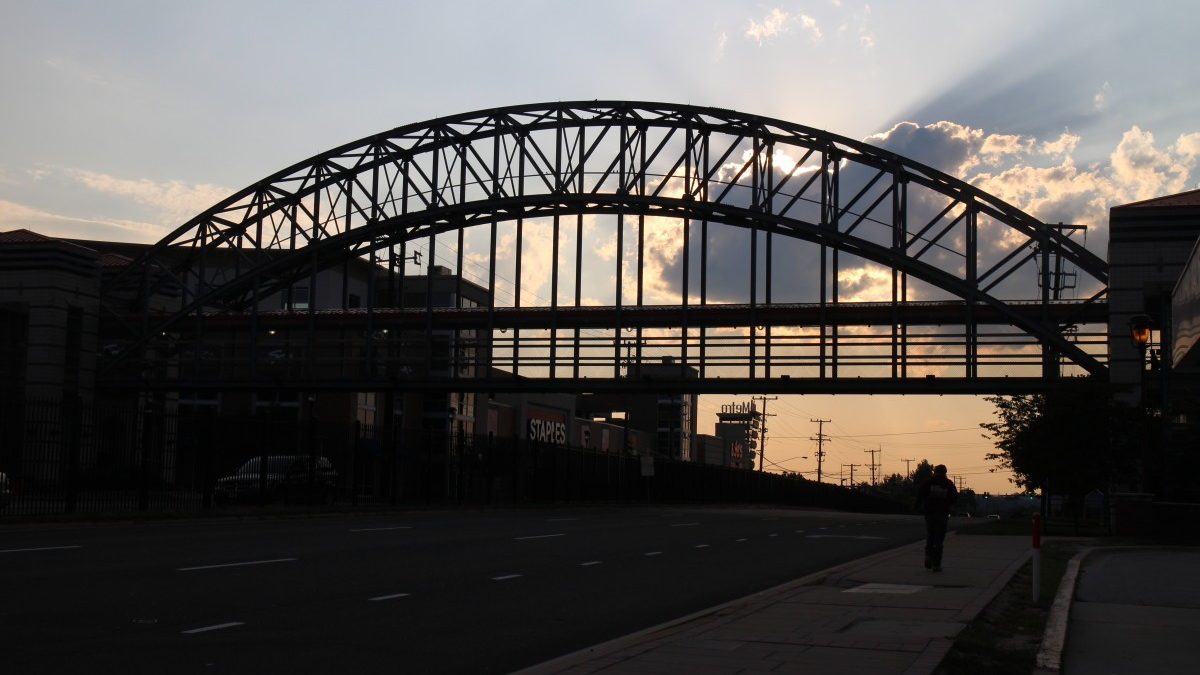 Making a four-lane highway in the shadow of a Metro station into something that appeals to drivers, bicyclists, pedestrians and business owners alike might sound like a tall order. But that is what Prince George’s County planners hope to do in a three-day charrette, or community design workshop, beginning September 17 at the Hyattsville Municipal Building.

Officials from the Maryland-National Capital Park and Planning Commission (M-NCPPC) will explore ideas about how to develop the new space during the three-day charette.

“We want to create a safe, walkable, economically and environmentally attractive area that gives people a range of transportation options [along East-West Highway],” said Prince George’s County Senior Planner Tamara Jovovic. “The charette is the first step to doing that.”

The area was designated a Transit District Overlay Zone (TDOZ) in 1998 as part of a Transit District Development Plan (TDDP). It covered 281 acres and attracted retail anchors like Staples, CVS, Home Depot and Giant, in addition to helping bring Target to the Mall at Prince George’s. It also paved the way for construction of new apartments and condominiums, like Mosaic at Metro, Post Park and the Towers at University Town Center.

Now, the TDOZ has been expanded to 363 acres that encompass parts of Hyattsville, University Park and unincorporated areas of Prince George’s County.

Most of the increase comes from extending the boundary line from Dean Drive north to Rosemary Lane and west to Highview Terrace.

Zoning changes throughout the county are a key part of Plan Prince George’s 2035, which was adopted in May by the District Council. The plan calls for prioritizing investments in what it calls “downtowns” around three Metro stations: Prince George’s Plaza, New Carrollton and Largo Town Center.

“These mixed-use centers have extensive transportation infrastructure and the capacity to become economic generators for the county while providing a range of housing and transportation options,” said Project Leader Kierre McCune of the Prince George’s County Planning Department.

What will it mean for Hyattsville? That is what Jovovic and her colleagues hope to assess during the charrette. Residents can get up to speed on the plans during the September 15 Hyattsville City Council meeting.

​​”The presentation to the Council is intended to be a recap of the process so far and a kickoff to the charrette process,” said Hyattsville City Clerk Laura Reams. “It should also include information on what to expect moving forward beyond the charrettes.”

The charrette schedule is as follows:

All three events will be held in the Hyattsville Municipal Building at 4310 Gallatin Street, Hyattsville, MD 20781.

Planning officials will return to 4310 Gallatin Street on September 17, 18 and 20. On Wednesday from 6:30 to 9 p.m., organizers will review the TDDP process and goals; share key findings regarding land use and the transportation network; and ask for input from the community on what Jovovic calls the “challenges and opportunities [of the site], particularly in terms of connectivity and placemaking.”

A less structured plan for Thursday invites residents to stop by between 5 and 8 p.m. with additional ideas or concerns for the TDDP team, or to review the materials and the progress to date. By Saturday, M-NCPPC officials hope to have two preliminary development concepts shaped by this community input ready for another round of public inspection, from 10 a.m. to 12:30 p.m.

The next step is an evening meeting on October 14 at the Prince George’s Plaza Community Center. There, said Jovovic, planners will unveil the “preferred alternative,” developed with input from neighbors, county and state agencies, business leaders and other stakeholders.