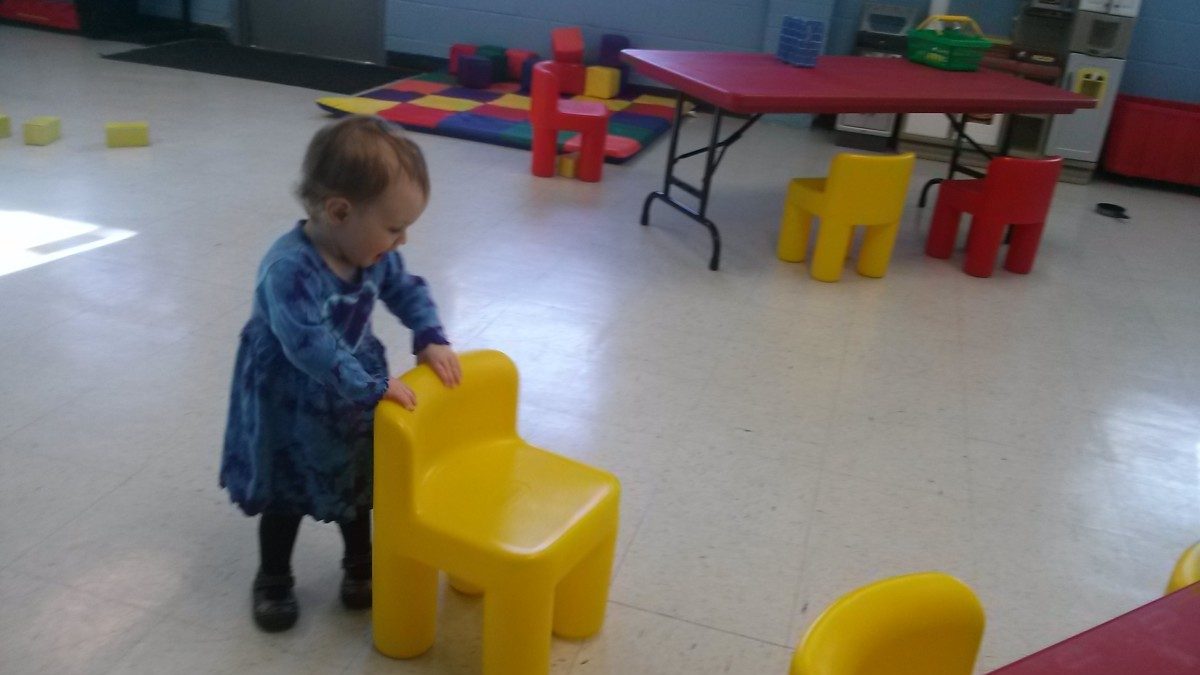 The Hyattsville Parent/Child Program is held at Maruder Park. An early-riser, Lily Bennett pushes a chair before other participants arrive at 9:00am.
Government

At the August 4 Hyattsville City Council meeting, Tracey Nicholson, the city administrator, brought some proposed changes to the Hyattsville Parent/Child Program up for discussion.

The program, which serves children under 5, currently meets during Spring and Winter sessions three days per week from 9:00am to 12:00pm.  The proposed changes by the City would reduce programming from those 9 hours per week to 4 hours.  That means the program would meet 2 days per week for 2 hours from September to May.

Nicholson said the reduced hours had two benefits.  First, it would bring more structured programming to the program.  The current parent/child program is mostly open play.

She said the new “Creative Minds” Enrichment program would bring with it interactive movement, story time, creative activities, as well as the opportunity for structured/free play.

Additionally, Nicholson said the changes would save the City approximately $13,000 per year by utilizing an existing Community Services Assistant.  Currently, a part-time contract employee has been running the program.

Councilwoman Paula Perry (Ward 4) said she considers the changes to be positive.  She has a grandson she hopes to participate with this year.

Shani Warner (Ward 2) said, “I’m very supportive of trying new things, but I think there’s going to be a lot of pushback about the reduced hours.  And, I think there may be a lot of people who loved the old format.  It was more loosey-goosey and accommodating of people’s odd schedules.”

Nicholson said the program as it stands didn’t seem to catch on.  She said it seemed to be an open play format that didn’t get the demand the City hoped for.

Interim community services director Cheri Everheart told City Council members that the “Creative Minds” approach is more child-lead.  She said the instructor would be taking cues from the children.

Everhart commented about the declining enrollment in the current iteration of the parent/child program.  City officials said that only 7-9 children were participating each week.  This when the program could accommodate up to 20.

Nicholson said that this would be a trial, the City can see how it works and expand hours if it catches on.

Rebecca and Lily Bennett attended the Hyattsville Parent/Child Program a few times in the Spring.

Pepco to provide 1500 free trees to Maryland and D.C. customers