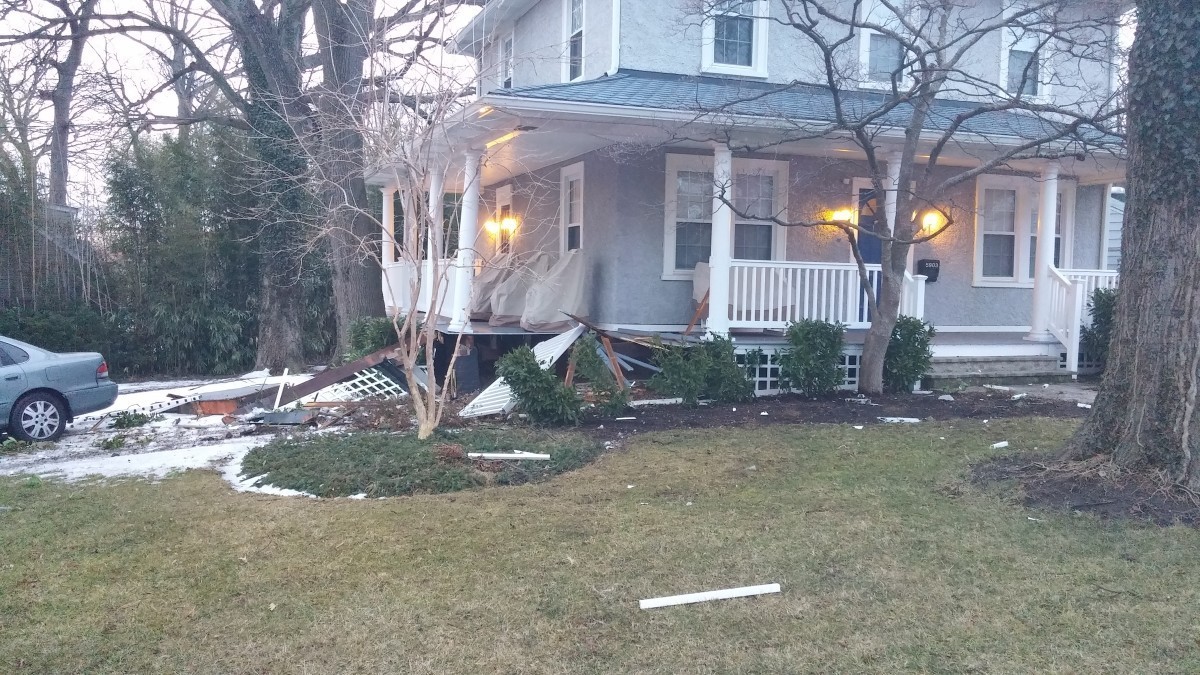 Update: Driver to be charged after car veers into house on Queens Chapel Road

BY REBECCA BENNETT — Updated at 10:10 a.m.  Just before 7:30 a.m. Tuesday morning, Hyattsville City Police (HCPD) and the Hyattsville Volunteer Fire Department responded to a car accident in the 5900 block of Queens Chapel Road that left one car careening through a nearby fence and into a house. The accident happened between Nicholson Street and Oglethorpe Street in the northbound lanes.

According to HCPD Spokesperson Lt. Chris Purvis, a green Toyota Avalon was traveling north when the driver struck a white Mazda Protge from behind and veered off  the road, then wrapped around a porch.   There does not yet appear to be damage to the house itself, Lt. Purvis said, but a building engineer will inspect it for structural damage.

The driver is being treated for minor injuries at a local hospital, police said. That driver will also be charged with reckless driving, failure to slow down to avoid a collision, and other charges related to registration and insurance, according to HCPD.

The owner of the house was not at home at the time of the accident.