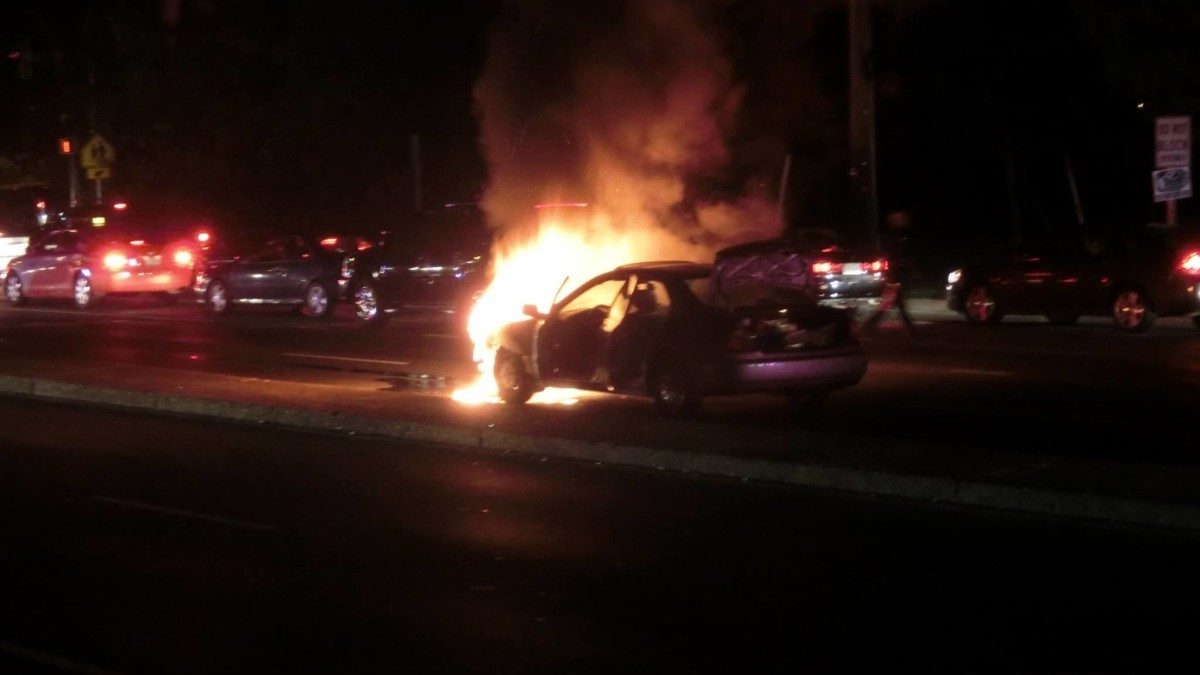 BY REBECCA BENNETT — At approximately 10:30 p.m. Wednesday night, a car fire erupted near the intersection of East West Highway and Adelphi Road.  It made for quite a scene outside of the home of Elizabeth Pfaffenroth, who captured the image above.  Elizabeth told us:

The police stopped traffic in both directions on Eat-West Highway  for a good five to ten minutes.  One cop was yelling to the other, “You have a fire extinguisher?”  The other yelled back something like, “Yes, I can try to dampen it down, at least”  But he chickened out and never used it.

Finally (after an eternity) the fire truck came ….  They put it out with a hose from the truck and tried to break open the hood, which they weren’t able to do right away.  Eventually they got it out.

The owner finally walked back to his car, they let the traffic through, and a tow truck very quickly afterward whisked it away.

Check back for updates, as we are gathering more information on what happened.

The history of College Park’s incorporation

Streetcar Suburbs Publishing, 11 years ago 2 min read
From the Editor