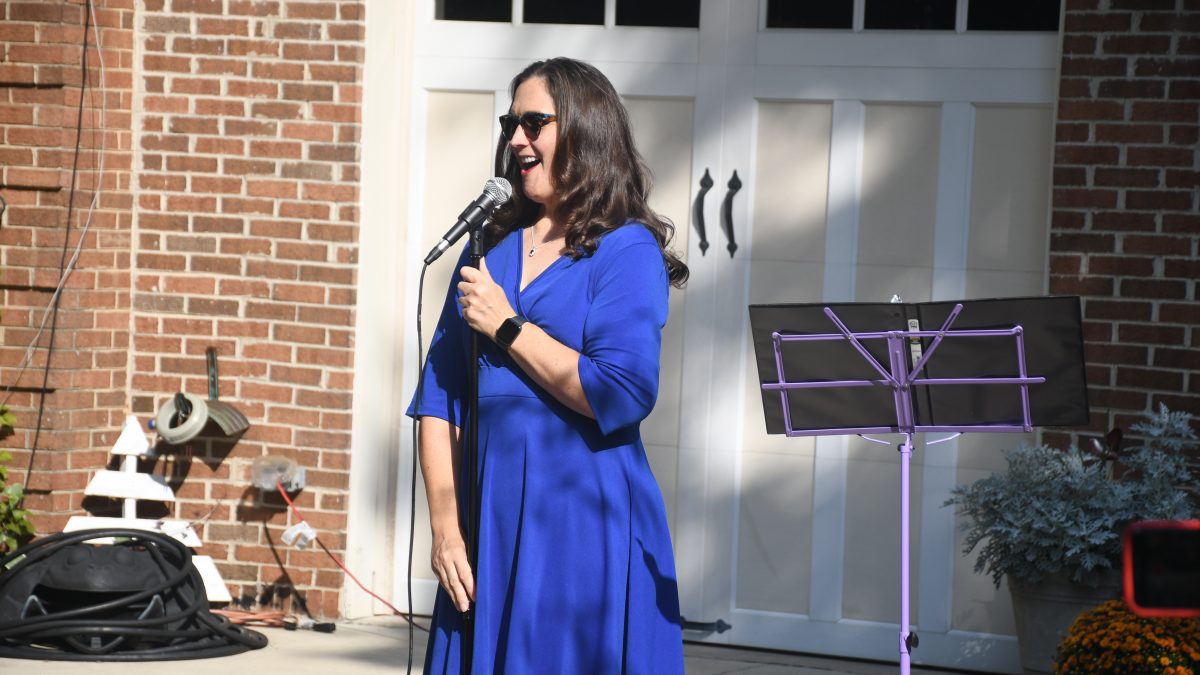 In her performance, Byrd explored the challenges of juggling “your art, your job and being a parent,” a story of her personal struggle that seemed to resonate with the audience. She named her piece for Audra McDonald, the Tony Award-winning actor and singer who is the only person to have won in all four of the award’s categories. Byrd admires McDonald and emulates her, in part because she thinks their voices are strikingly similar.

Melissa Sites, CPAE executive director, knew Byrd prior to the concert and was eager to promote her performance. The organization offered logistical and promotional support and loaned equipment to Byrd for the performance.

“[The arts exchange] is all about making people think about the possibilities for the arts in their own neighborhood. Our job is to say yes,” Sites said. “We just want to put the message out there that anyone in College Park who has any idea that is related to the arts, and they just don’t know how to get started … contact us, and we will help make it fly.”

Bonnie McClellan hosted the concert not on a porch but in front of her garage. She said that the concerts serve as a reminder that “life is good. That people care about one another … It also supports the arts. We all love music and are happy to support Shelby.”

Byrd, who is from Arlington, Va., was an only child, and said this fed her love of the arts.

“I was my own playmate,” she said. “It was basically me and my imagination.”

Byrd relied on that imagination, as well as her clear vocal abilities, to carry her through school and into performing. By day, she works in the University of Maryland’s human resources department; by night, she takes to the stage as often as she can.